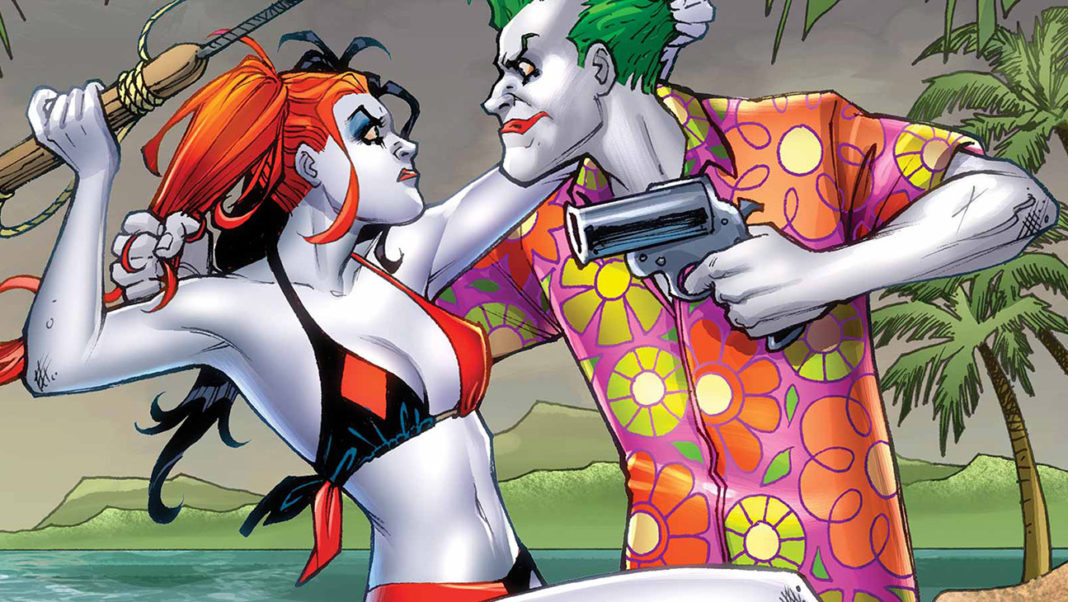 Now that gooey Valentine’s Day is upon us, it’s time to get all lovey-dovey with all things warm and fuzzy. But because we’re all about celebrating ALL kinds of love here, why don’t we take a look at the weirdest, most dysfunctional superhero couples in comics? After all, even those in capes and cowls need some hot lovin’ too!

As if the relationship between Wanda and Vision isn’t weird enough already (she’s a reality-warping mutant and he’s basically a piece of machinery), twins Ultimate Quicksilver and Scarlet Witch actually did spend some time getting…closer than a typical brother-and-sister should be. In Marvel’s Ultimate Universe by Mark Millar and Bryan Hitch, the pair engaged in an all-out twin-incest thing—and the worst part was that good ol’ Logan was hiding in the bushes, totally NOT spying on them and getting off on his voyeuristic jollies. True love conquers all?

Roy Harper has never really been one to make good decisions, what with the junkie life and all. But I guess when it comes to love, who are we to judge? Former Speedy a.k.a. Arsenal a.k.a. Red Arrow entered into a twisted relationship with supervillain Cheshire a.k.a. Jade, and he even had a daughter with the evil terrorist. The New 52 totally erased this whole affair, which is a shame, really—Lian Harper was a cutie.

Here’s one of the most dysfunctional superhero couples ever. Jean Loring was caught cheating on Ray Palmer with her law partner, but their whole situation really does prove that love is blind. In Identity Crisis, Jean, in her mad attempt to win Ray back, went all psycho and decided she oughta’ murder everyone horribly so Ray would come running back to her insane arms once again. Even after this whole ordeal, she eventually became the host of Eclipso and turned into a full-fledged supervillain. Ah, the things people do for love!

When Jean Grey supposedly died in “The Dark Phoenix Saga”, Scott decided he wanted to move on by marrying and settling down with a woman who looked exactly like his dead wife. But just like all superheroes, Jean Grey was resurrected, leaving Cyclops with no choice but to abandon his then-wife-who-was-actually-Jean’s-clone, causing her to become the Goblin Queen later on. But then again, if your husband dumps you into the trash like a candy wrapper and goes back to his recently resurrected ex-wife, you’d turn evil and want world domination too.

Of course, no list of dysfunctional superhero couples will be complete without the Clown Prince and Princess of Crime. Okay, so they’re not really superheroes, but if there’s a prize for having the most twisted love affair in comics, then these two definitely take the cake. They have been stuck in their toxic, abusive, and totally certifiable love-hate relationship since Batman: The Animated Series, and while their love isn’t exactly what you’d call #relationshipgoals, people just can’t seem to get enough of them.

The Joker is constantly abusing Harley Quinn both emotionally and physically, and this “Mad Love” somehow always involves explosives, widespread massacre, and an all-out crime spree. How much more dysfunctional can you actually get than that?

There are a ton of more dysfunctional superhero couples out there, so we wanna’ hear your thoughts! Care to share your personal faves? Let’s celebrate this Day of Hearts with some weird love in the comments section below!