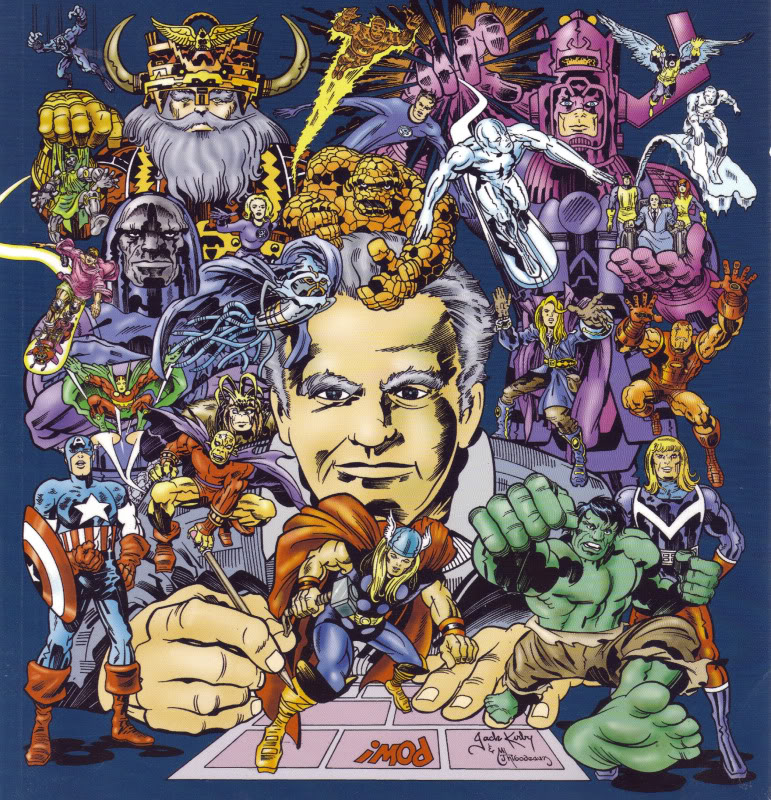 WARNING! These recently discovered facts regarding the legendary Jack Kirby are ABSOLUTELY NOT TRUE, NOR ARE THEY RECENTLY DISCOVERED! Recently made-up? Yes, in that observation there is indeed merit. Discovered? Only by me after swimming in the silly parts of my brain that generate, incessantly, an inordinate amount of purely subjective silliness. Anyway, yes, this is a humorous post featuring humorous, dreamed-up facts about Jack Kirby that are, surprisingly, immersed in the factual contributions made by Master/Doctor/Supreme Wizard/Proud Citizen of the Fourth World, Jack Kirby. So, what new (but false) facts (that are fact-less) have we recently uncovered? Well, you made it this far… 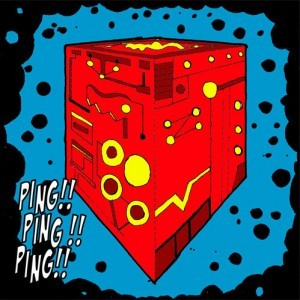 (MUCH CHEAPER than cab fare!)

2. Jack Kirby used to own a set of Herculoids!

I’m talking about the white bouncy ones choking on kazoos. Right, those two. 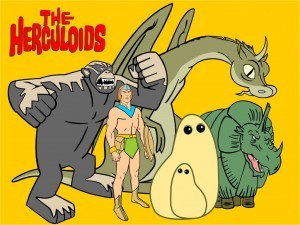 (Jack traded Zandor an original sketch of Darkseid for the immortal servitude of Gloop and Gleep. “Igoo miss hug-time with bounce-bounce!!!!!!!”)

And hey, don’t judge! It’s medicinal, and perfectly legal within the Multiversal Orrery. 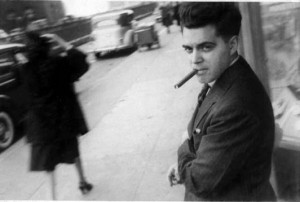 (It’s better to look good than worry about the effects of…secondhand dark matter!!)

Don’t believe me? Ask his assistant to lose the hood. Ta-DAAA! Head of a Tiger! 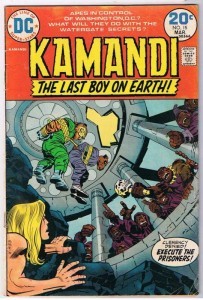 (If Jack seems a little gruff, it’s probably because he lived in a future where an entire planet, and 99.98% of its inhabitants, tried to kill him!)

…who in turn created the New Gods….who then, in an act of absolute universal piety, created Jack Kirby…who then created…UGH! Unfortunately, their infinite creation loop also spawned the band Weezer, but don’t worry; we’re reconfiguring universes in order to mitigate any nauseating effects brought about by stagnant slacker-rock. Having a harder time remembering the lyrics to, “Buddy Holly?” You’re welcome.

Remember when the moon tumbled out of orbit? Remember the giant fist that punched it back into orbit? Thanks, Jack!

Or rather, Galactus summoned Jack and relayed the story of existence before the Big Bang. He also warned Jack that he’ll be “consuming” Earth in the year 2142, but forbid Jack to warn its populace; Galactus placed a small, techno-organic worm inside one of Jack’s hippocampi. If Jack ever spoke the words “Galactus,” “purple,” “armored,” “planet-eating,” “space-god,” “giant,” “purple giant,” “space-giant,” or “star-smashing behemoth bent on our complete and utter destruction unless we assemble a marginally effective space-program,” the worm would send a signal to Galactus, who would immediately set a course for Earth and, well, drink of its molten core regardless of the Beatles’ invasion.

Jack attempted to warn us through comics, but no one ever really caught on. Thankfully, Jack never spoke the aforementioned words – in any combination – while he lived (Stan wrote the dialog, after all); this was a constant hardship forcing him to use the word “burple” for purple.

Anyway, I hope you enjoyed these (moderately) humorous, completely fictitious facts about Jack Kirby. The’re completely untrue, but certainly based in the truth of his fiction.