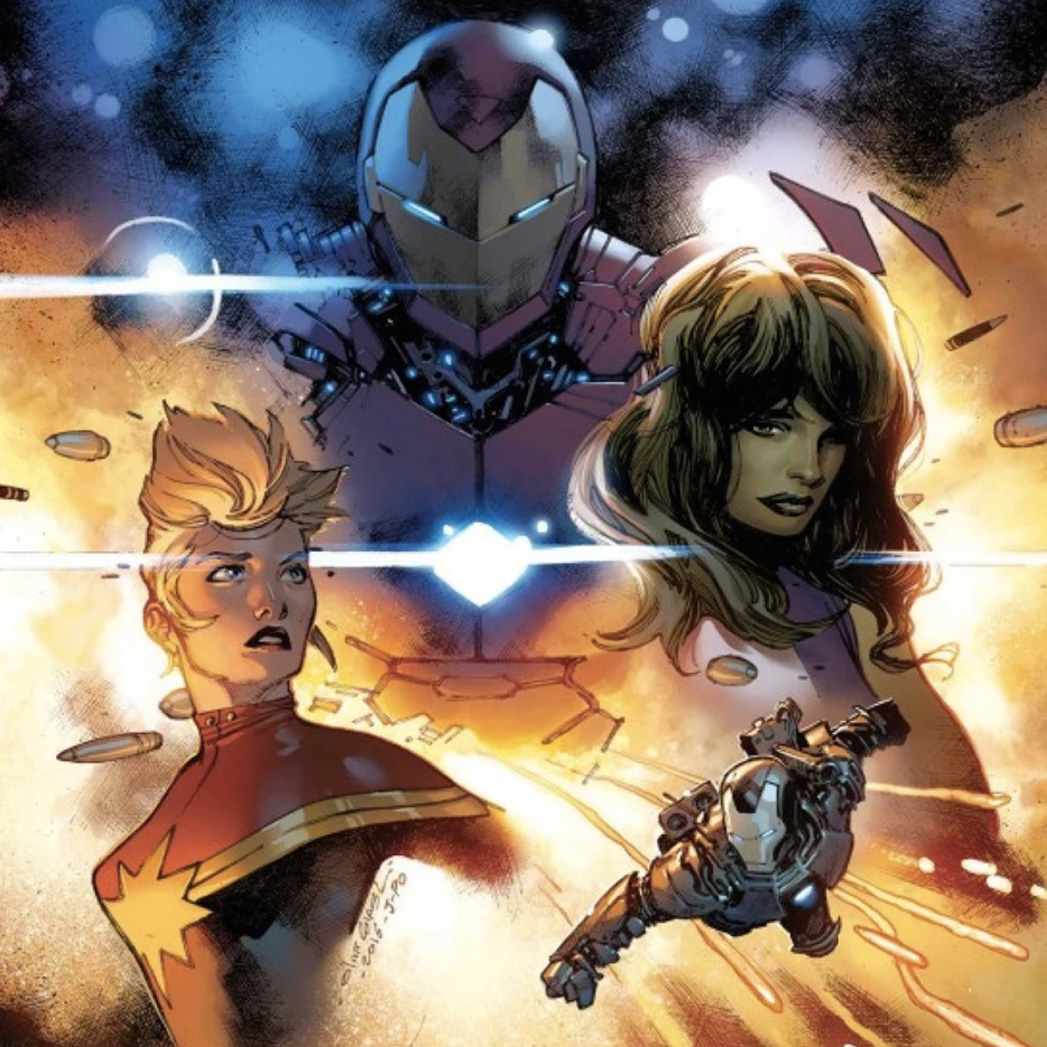 With Civil War on everyone’s brains, Marvel goes back to the hero versus hero well to pull out  Civil War II. To prepare for the coming superhero conflagration, Marvel presents a zero issue that puts the key figures in place.

The results are rather subtle and meditative with a profoundly riveting intro featuring She-Hulk defending the villain formerly known as the Jester in court. The Jester was arrested bragging about crimes he might one day commit, but Jennifer Walters claims that it is morally wrong for a man to be arrested for speaking. This brings up many contemporary issues of free speech and privacy and Bendis does a very nice job navigating these thematic waters through the voice of She-Hulk, a beloved Marvel character.

She-Hulk’s compelling scene is followed by a nice conversation between Captain Marvel and the suddenly alive Doc Samson. Bendis really doesn’t supply a resurrection for the good Doctor suddenly being alive other than, hey, it’s comics, but that doesn’t stop Bendis from fully forming Carol Danvers’ point of view in the coming conflict.

Finally, Bendis introduces Ulysses, a new Inhuman with precognitive abilities. In this zero issue, readers get to see Ulysses caught in the Terrigen cloud and develop his powers. Bendis really captures the fear and chaos of the moment as that cloud descends; Ulysses’ birth as a super-powered being seems…important.

Olivier Coipel’s art is downright gorgeous as he builds a visual language to each character’s mini-chapter. The Inhuman sequence in particular had a profound sense of doom as Ulysses is transformed into an Inhuman.

There is gravitas in this issue, but most importantly, Bendis introduces the themes and motivations that will cause this new Civil War. If the rest of the series is as well thought out and rhythmic as this surprisingly quiet zero issue, Marvel fans will be in for a fun ride.