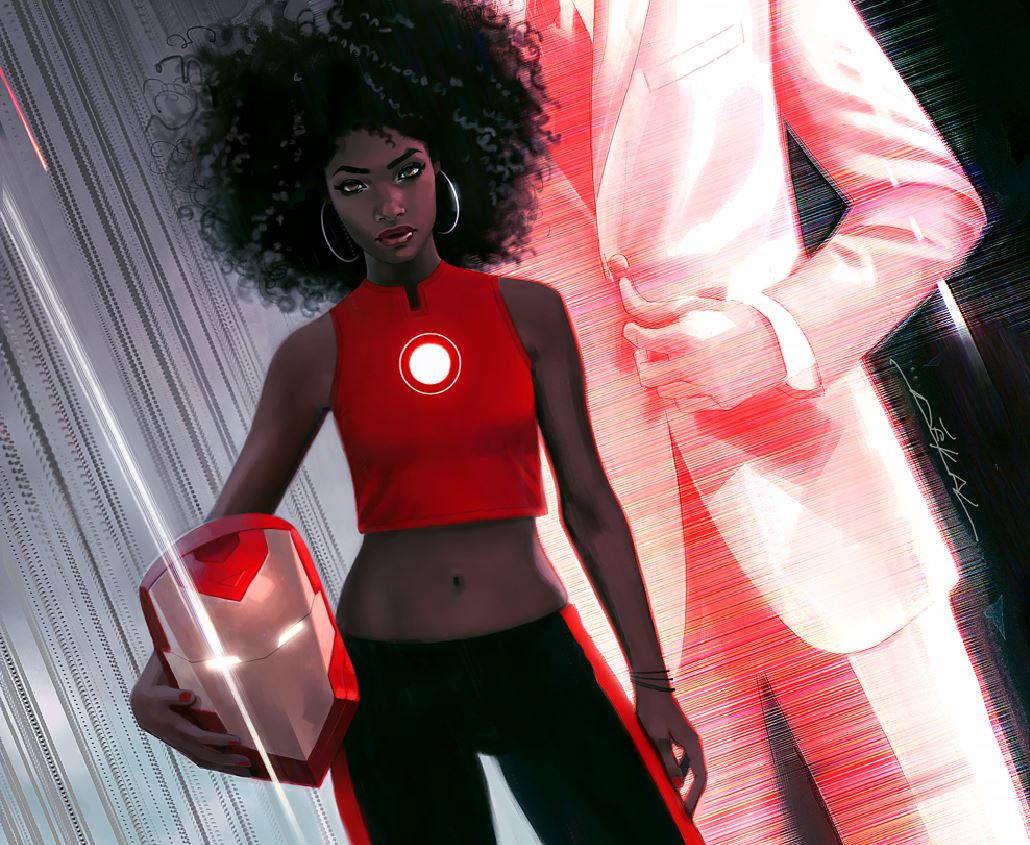 Move over, Tony Stark; there’s a new Iron Man in town. Yep, another character will be donning the mantle of Iron Man later this year.

As part of the upcoming Marvel NOW! initiative which will be released this fall, Riri Williams will be stepping into the suit in Marvel’s Invincible Iron Man series.

Who is Riri Williams? She is a 15-year-old African American student at M.I.T. She was recently introduced in the current volume of Invincible Iron Man.

Brian Michael Bendis will be writing the series, and provided some insight on the character and the upcoming change in an interview with Time Magazine, which broke the news on this story.

“One of the things that stuck with me when I was working in Chicago a couple of years ago on a TV show that didn’t end up airing was the amount of chaos and violence. And this story of this brilliant, young woman whose life was marred by tragedy that could have easily ended her life—just random street violence—and went off to college was very inspiring to me. I thought that was the most modern version of a superhero or superheroine story I had ever heard. And I sat with it for awhile until I had the right character and the right place.

As we’ve been slowly and hopefully very organically adding all these new characters to the Marvel Universe, it just seemed that sort of violence inspiring a young hero to rise up and act, and using her science acumen, her natural born abilities that are still raw but so ahead of where even Tony Stark was at that age, was very exciting to me,” Bendis said.

Time will tell how Williams inherits the title of Iron Man, or what the future holds for Stark, who currently is one of the central characters in Marvel’s all-encompassing Civil War II crossover storyline.

“More people are going to be upset that they think they know the ending to Civil War II now than anything we just talked about,” Bendis added. “But I can tell you just because we’re hearing what we’re saying doesn’t know you mean how Civil War II ends. We’re not telling you the end, at all.”

Marvel has added quite a bit of diversity to its cast of characters in the comics over the past few years, whether it be introducing Miles Morales as Ultimate Spider-Man, a 16-year-old Muslim girl named Kamala Khan as Ms. Marvel, or having Jane Foster become the new Thor.

What do you think about this revamp of the Iron Man character?