Home MOVIES Yep, We Almost Had Captain Kirk vs. Jesus 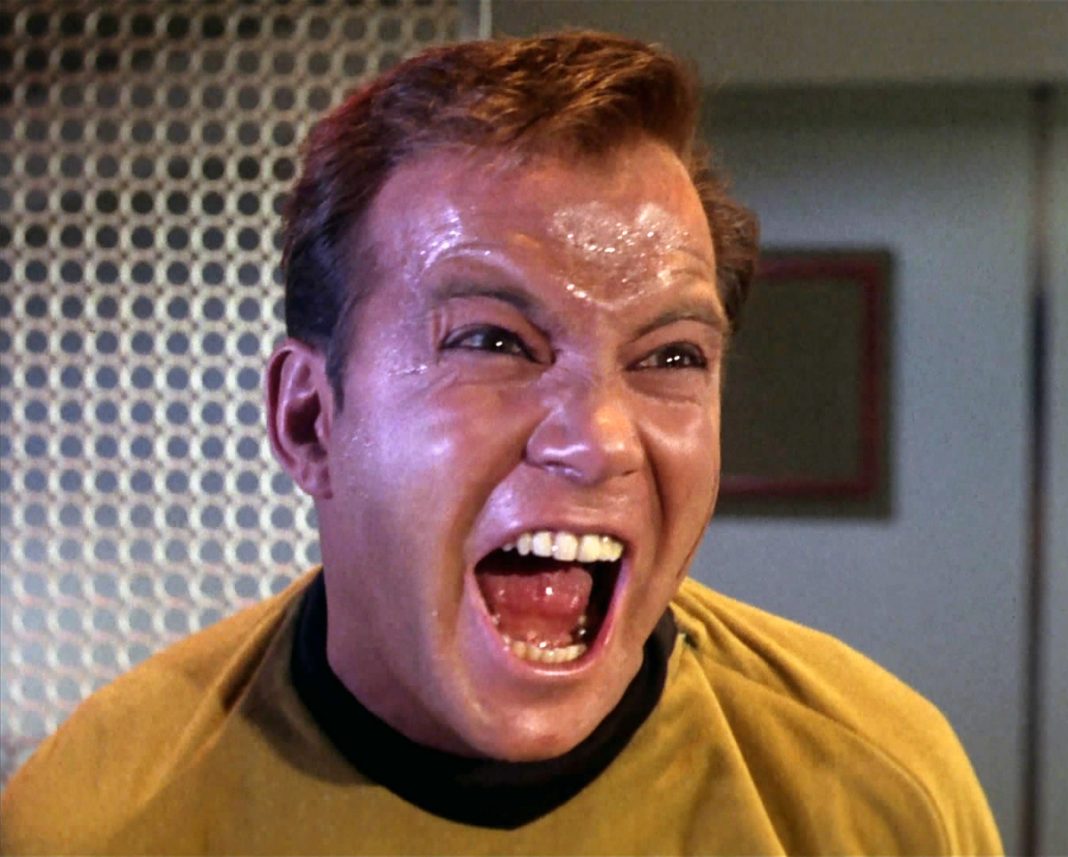 In just two weeks, Star Trek Beyond will continue the mission of The U.S.S. Enterprise in the middle of its five year mission to chart the final frontier. It’s hard to believe, but it will be the 13th entry into the Star Trek film franchise. Now, we’re learning something new that could have changed the course of the Stark Trek franchise forever, something involving Captain Kirk…and a fistfight with Jesus.

A new book titled, The Fifty-Year Mission: The Complete Uncensored, Unauthorized Oral History of Star Trek – The First 25 Years, has recently hit shelves and includes some extremely interesting stories that will become a must-read for any self-proclaimed Trekkie. The Hollywood Reporter got hold of an early copy and found out something mind-boggling regarding creator Gene Roddenberry’s idea for the antagonist in Star Trek: The Motion Picture. Here is the reveal straight from director Richard Colla.

For a quick refresher on the movie, Star Trek: The Motion Picture featured The Enterprise investigating a mysterious object in space. It turns out the object in question was Voyager 6 which had since become sentient following a journey through space (along with an alien race reprogramming it). Honestly, the first Star Trek movie was lackluster and didn’t have the same cultural impact as its predecessor, The Wrath of Khan.

That’s what makes today’s revelation that much more interesting. Sure, having Captain Kirk go mano-a-mano with Jesus Christ would clearly draw criticism, but the movie would be way more memorable. Unfortunately, not everyone was on board with it. Author Michael Jan Friedman was brought on to turn the unmade screenplay into a novel, but found the material too strange… especially the main fight scene.

“In the climactic scene, Kirk had a fistfight with an alien who had assumed the image of Jesus Christ … So Kirk was slugging it out on the bridge. With Jesus.”

That’s right… Captain Kirk trading blows with Jesus. It’s no wonder why Paramount pulled the plug on this idea and why no other Star Trek story features the Jesus/Alien shape-shifting storyline. Still, Roddenberry defended his story and the Biblical twist it involved.

“Actually, it wasn’t God they were meeting, but someone who had been born here on Earth before, claiming to be God. I was going to say that this false thing claiming to be God had screwed up man’s concept of the real infinity and beauty of what God is.”

So, who knows? Perhaps Star Trek Beyond has some unexpected moments where Spock mind-melds with Moses, or Scotty and St. Patrick slug it out, but don’t hold your breath. Still, these amazing ideas that never manifested are still available in novel form, so pick up your copy of The Fifty Year Mission and see what other adventures didn’t make the cut!