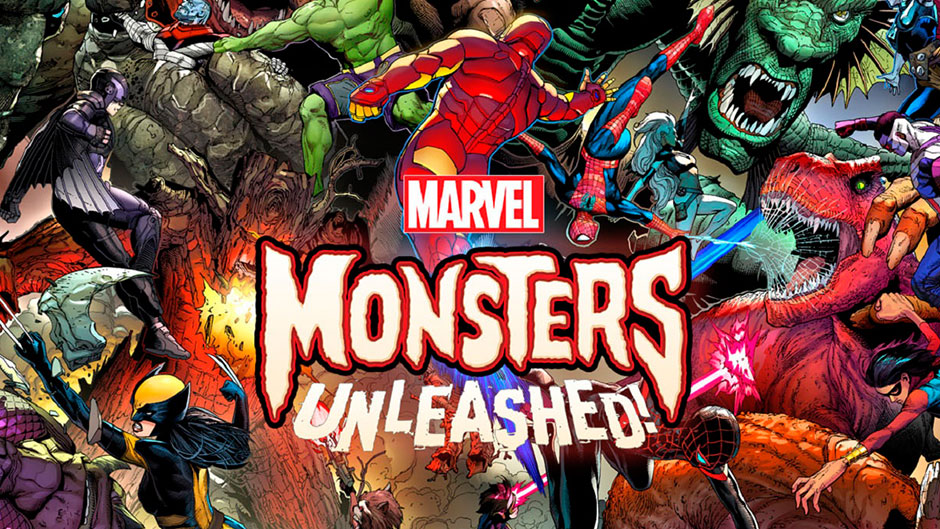 Gang, our Monsters Unleashed #1 review is a little SPOILER-Y, so…check back with us after you’ve read the issue. Oh? Still here? Thank you!

Monsters Unleashed #1 serves as a palette cleanser after the hero versus hero chaos that has defined the last few Marvel events. We had Civil War II and Inhumans vs. X-Men, both of which saw heroes in life and death struggles with other heroes. If you’ve been longing to see heroes united against a common menace, then boy, is Monsters Unleashed #1 for you.

But the pacing is off and decompression is a major issue, leaving me hungry for a story I can sink my teeth into. A book like Monsters Unleashed #1, a book with a big, bold, wonderfully dopey concept at its core, needs to give readers a reason to care. It needs to explain upfront what all the sturm und drang is about or else all is just noise.

The plot is refreshingly simple. A bunch of never before seen kaiju (giant monsters for you non-Toho junkies) land in different locations across the world, and Marvel’s greatest heroes rise up to meet the challenge. So, writer Cullen Bunn guides the reader through fun conflicts involving big beasties versus the Avengers, the X-Men, the Inhumans, the Champions, the Black Panther family of characters, and a bunch more.

These battles are all fun, little asides — wonderfully rendered by the great Steve McNiven — that do what big, bold, proudly silly comics are supposed to do: they entertain and allow all Marvel’s toys to be rammed up against bigger toys. Bunn does differentiate the voices of his six million characters and seems to be having a blast. I am also very happy to see that Devil Dinosaur and Moon Girl will take center stage in this series, and I love me some Devil Dinosaur and Moon Girl.

The only problem is that Bunn plays coy and doesn’t reveal the whys and wherefores of the story. Now, I get that a writer doesn’t want to play all his cards at once, but, if Marvel is going to charge $4.99 for a book that is essentially really beautifully drawn fluff and a bunch of crossover specials, then Monsters Unleashed is going to get lost in the shuffle of competing events and premieres that define the monthly comic market.

I have a bunch of one-shots looming before the next issue and I still don’t see the skeleton of the main story. This type of event needs to be established up front so there’s actually a story and sense of urgency instead of, “Monster, fight, repeat.” There is a bit of a hint of a direction on the last page, but that’s a big fat message telling me to shell out another $4.99 before I can cypher the plot and direction of this series. Yeah, Bunn does drop a few hints linking these monstrous incursions to a young man who likes to draw kaiju, but please, at $4.99, don’t be cute. This is a giant monster story, not Watchmen.

I think the powers that be at Marvel believe that fans will see a bunch of heroes in a thing and support it. Not anymore, guys. There is a potential for fun in this series, but all involved need to show readers exactly the type of roller coaster we’re being expected to board, and they don’t. If you’re a fan of McNiven, this book is for you, but there’s just not enough here to justify the investment this series will entail.