Home MOVIES Editorials Overanalyzing the Significance of “The Last Jedi” 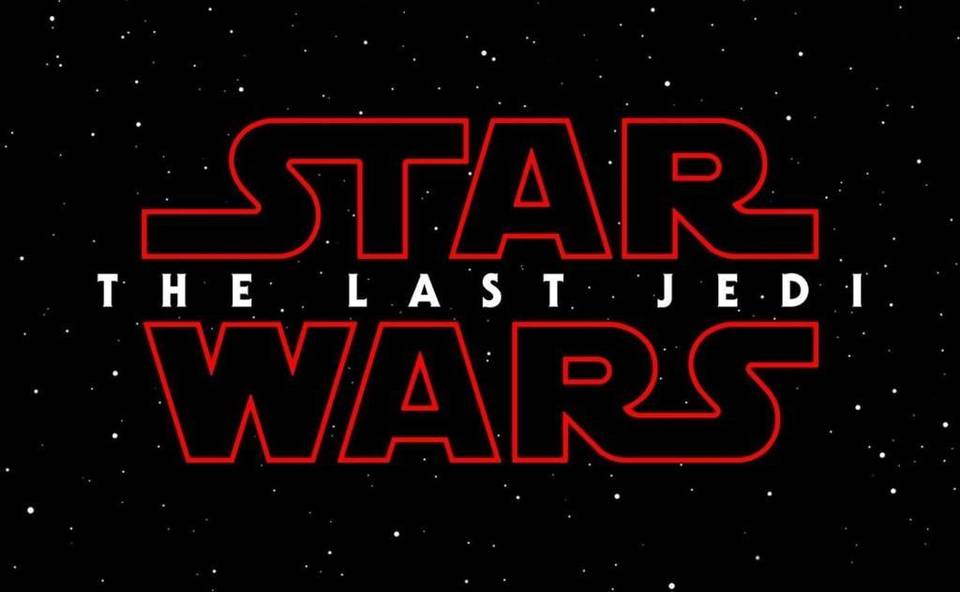 When you woke up this morning, you were probably met with pure excitement and joy. No, it’s not because the Patriots and Falcons made the Super Bowl. And no… it’s not because you survived the first weekend under a Trump Presidency. It’s because today, the official title for the next Star Wars movie was finally released.

Get ready for the excitement of Episode VIII: The Last Jedi.

Just let it soak in for a moment. Mmmm… it feels nice. It feels like we traveled 12 parsecs since the last time we saw Rey, Finn, Poe, and even BB-8. While it doesn’t reveal much about the movie (or does it?), just the release of the full title is enough to remind fans that we are eleven months away from the continuation of the Star Wars saga.

While that familiar feeling is nice… is it ever really enough? Now that we officially have a title, it’s time to break it down and search for any clues that can be derived from three extra words. Is it insane to think any information can be excavated thanks to a new title? Perhaps, but someone has to think it:

There is one interesting thing regarding the title — the way it’s phrased. Now, we know that Episode VIII is going to pick up right where The Force Awakens left off, with Rey handing off the lightsaber to Luke. The movie is expected to be about Rey learning to use the Force with Luke serving as her Jedi Master. S,o you can assume Luke would be The Last Jedi… but is he?

Sure, I’m getting into semantics territory, but if Luke was really the only living Jedi, shouldn’t the title be “Last of the Jedi?” By simplifying the phrase, you’re leaving the door open for multiple Jedi to show up in the movie. What if Luke isn’t the only Jedi on Ahch-To? Instead of just searching for the first Jedi Temple, could he have been recruiting new members to the order to challenge The Knights of Ren?

The idea of multiple Jedi can also be tied into Star Wars Rebels. We know Luke isn’t the only Jedi because of Kanan Jarrus and his padawan Ezra Bridger — they exist in this Star Wars Universe. Unless they were victims when Kylo Ren and his brethren wiped out Luke’s protégés (as we saw in Rey’s vision), they’re probably still wandering the galaxy slinging their lightsabers around. We already know there are multiple Jedi that survived Order 66, so if Luke really is the last one remaining, there’s going to have to be some explanation regarding the fates of the others.

Now, if Luke does, in fact, turn out to be the sole Force wielder remaining, that can also hint at what’s coming in Episode VIII. The entire plot of the movie will probably revolve around Kylo, Supreme Leader Snoke, and the rest of The First Order doing what it takes to wipe the Jedi off the map. You can expect a space-bound Dukes of Hazzard with Luke, Rey, and Chewie using the Millennium Falcon to escape a sticky situation. Now, there’s nothing wrong with that; a small band of Jedi fighting together to keep their history alive seems like a great story.

With the arrival of The Last Jedi title, all questions should be focused on when we can expect to see a trailer. Lucasfilm President Kathleen Kennedy had stated previously that we could expect to see the first trailer during the spring. However, with the title reveal coming today, I think you could expect to see our first teaser trailer sooner. Perhaps if there was some big event coming up soon? Oh, right!

I believe that the first Episode VIII trailer might air during Super Bowl LI.

It’s makes too much sense not to happen. Annually, over one-hundred-million viewers tune in to the big game. With that kind of audience, Disney would be smart to plug Star Wars into the first commercial break. Blockbuster movie trailers have become part of the Super Bowl over the past few years, and what better way to steal the spotlight from Transformers, Powers Rangers, Marvel and even the NFL itself than to put one of the most anticipated trailers smack-dab in the middle of the biggest sporting event of the year. Star Wars has a history of debuting trailers during NFL games, so why buck that trend now?

Will we get multiple Jedi in The Last Jedi? I sure hope so! Are we getting a trailer in two weeks? It sure seems like it. With Rogue One fandom finally settling down, it’s time Star Wars grabs the spotlight once again. The title reveal today was a solid start, but now the campaign push needs to continue. Once we get our first trailer, the pieces for what The Last Jedi will become will finally begin to fall into place.