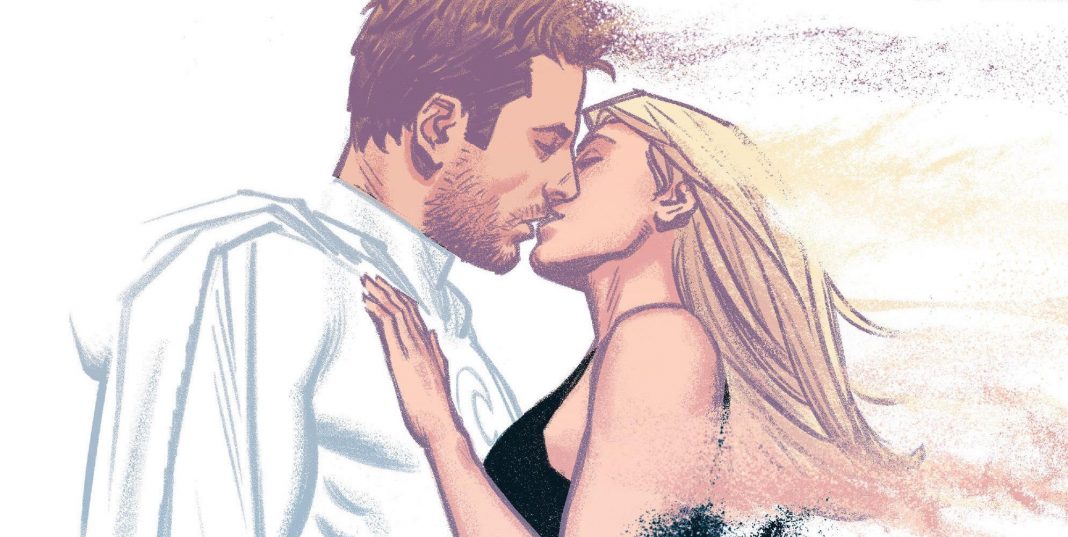 Last week, comic readers were treated to a variety of Marvel titles, mostly affected by Civil War II. For those not interested in the frequent crossover events from either Marvel or DC, there is always Jeff Lemire’s Moon Knight series. So far, the series has seen Marc Spector venture deeper than ever before into his madness. Lemire begs the reader to ask questions and attempt to answer them. Is Marc actually sane, or has he lost it completely? Nothing is for certain, but in the last three issues, Marc has escaped a mental hospital with a team of friends, believing it was a trap seat by Ammut, the Soul Eater. Emerging from the underbelly of New York, Marc, as alter ego Mr. Knight, found New York taken over by a mysterious force, a new Egypt. Far away from this terrifying twist, The Source has taken to the time to analyze all the details in our Moon Knight #4 review!

Standing in the sand, where streets once ran, the Egyptian god of the Moon and Marc’s guide, Khonshu, asks if Marc can see it all. On the panel below, he stands before an immense pyramid, ready to fight back, but all is not what it seems. In the midst of a haboob, a cop approaches the group. Confused, the world fades around Marc; sand turns to rain, and Marc questions his mind. Afraid to doubt himself, Marc fights back. He pulls off a mask revealing the cop to be Sobek, an Egyptian god and Nile crocodile. However, in a moment, Sobek manages to injure Jean-Paul, Marc’s old friend. In a gust of sand, the soul of Jean Paul leaves his body. Fortunately, Greg Smallwood has drawn the moment beautifully.

From there, Marc, Gena and Marlene take shelter in Gena’s diner; this break in the journey allows for two great moments.

After scarfing down some pancakes, Marc takes a trip to the restroom, where Khonshu is waiting. From his seat in a bathroom stall, Khonshu voices his disappointment. “The end is here. The hourglass fills with sand, and you waste precious time eating pancakes?” The idea of Khonshu, an Egyptian god, mentioning pancakes alone is hilarious, but in this context, it’s even better, adding a much-needed laugh.

Great moment #2: still in the diner, Marc expresses his need to Gena for friends. It stands as the sweetest moment of the series, but it is also true. Without Crawley’s sacrifice earlier, Marc would never have made it out of the hospital. However, after reaching the diner, Gena refuses to continue on the journey. Luckily for Marc, Marlene starts to come around. Slowly but surely, she is coming to her senses, remembering everything. Together, the former couple leaves the diner, prepared to take on anything until Moon Knight attacks. Yes, you read that right. Someone in the costume claiming to be Moon Knight appears, giving readers a shocking conclusion.

Although it still moves slowly, Lemire’s fourth installment in the series gives readers a needed break from the norm presented in the first three issues.

We are still forced to ask those tough, psychological questions, but Lemire entertains more than usual. The sweet and comedic moments provide a break from the typical Moon Knight craziness. Additionally, Smallwood’s art is superb, capturing each moment perfectly.

Be sure to catch past and future reviews of Moon Knight and all of your other favorite comics, movies, and TV shows here at The Source!