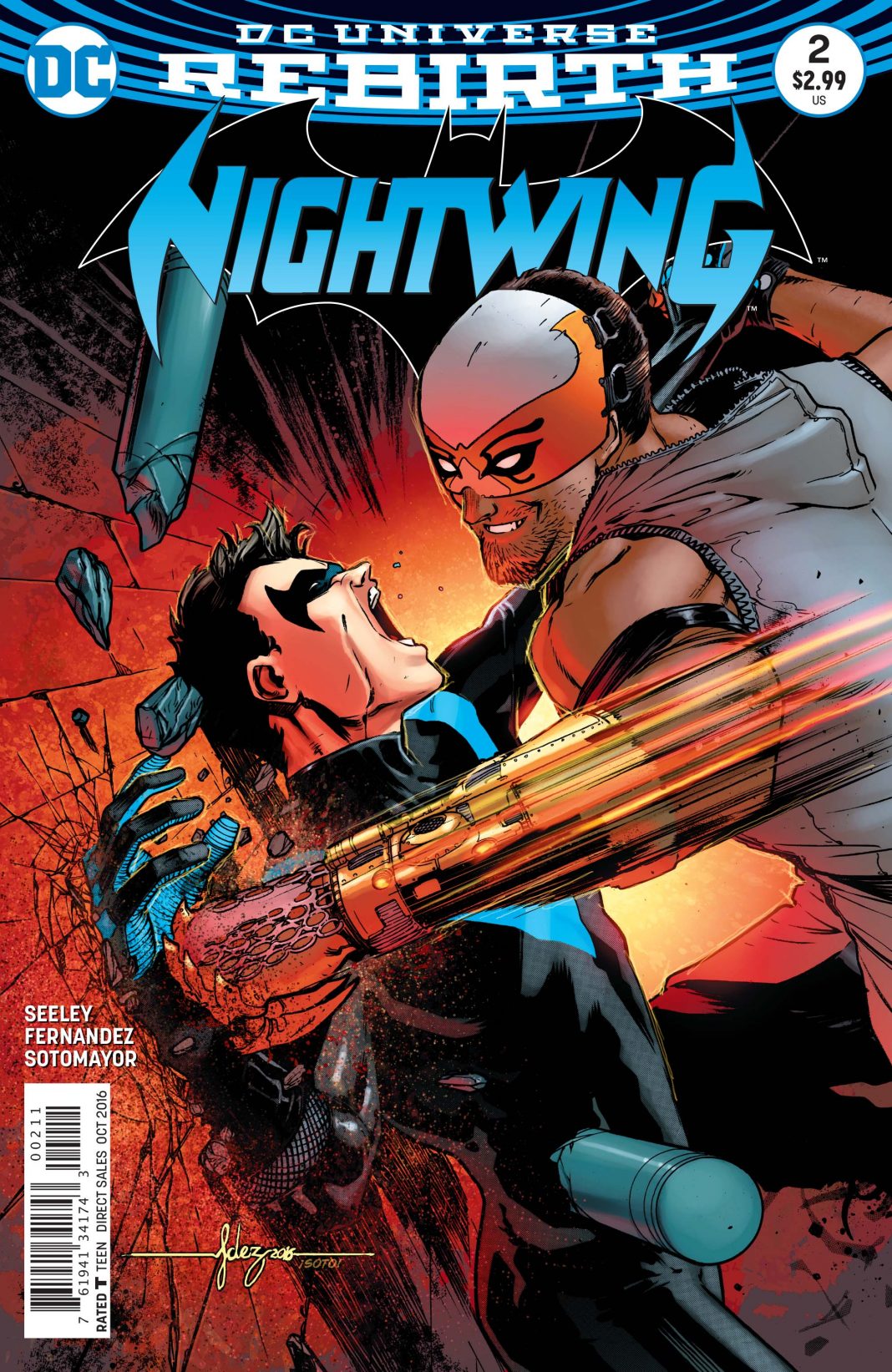 Check out Our Review [WITH SPOILERS] of Nightwing #2!

Nightwing is one of those characters that just makes stories work. He made the super-spy stuff work in Grayson, and now Nightwing is making the ‘undercover in the Parliament of Owls’ storyline work in his new Rebirth title. Mainly, this is all down to the fact that Tim Seeley knows how to get readers in Grayson’s head. In Nightwing #2, Seeley keeps the action moving forward and makes every panel exciting because that’s what Dick Grayson does- makes things exciting.

This is a comic that never sits still as Nightwing tries to take down Kobra with his new partner Raptor. There’s a great deal of character stuff to be established regarding Raptor as he is a brand new player in the world of Nightwing. Somehow, Seeley juggles character development with non-stop action to create a character that has arrived fully-formed. Hell man, I even love the costume and I literally hated just about every costume introduced in the New 52. It’s this cool Hawk and Dove-like riff combined with something modern that makes Raptor feel like a classic DCU player.

Through it all, Seeley explores where Grayson is as a person, the hero’s relationship with Batman, and how Grayson feels about his new gig as a double agent within the Court. There is so much going on and Seeley sets it in this awesome, action-laden background that allows the characters not only to explore themselves but the reborn DC Universe as well. Seeley even finds story space for some awesome Batman and Robin flashbacks, and some fun visits with Batgirl in Japan. Synergy between DC titles? Heck yeah, son.

The art of Javier Fernandez perfectly complements everything Seeley is trying to do. Don’t be surprised if you see Fernandez on some huge projects moving forward. This man can draw thoughtful moments of introspection and kickass action. Also, don’t be surprised if Raptor is given his own series soon as it looks like Seeley and company may have found a perfect foil for Dick Grayson.