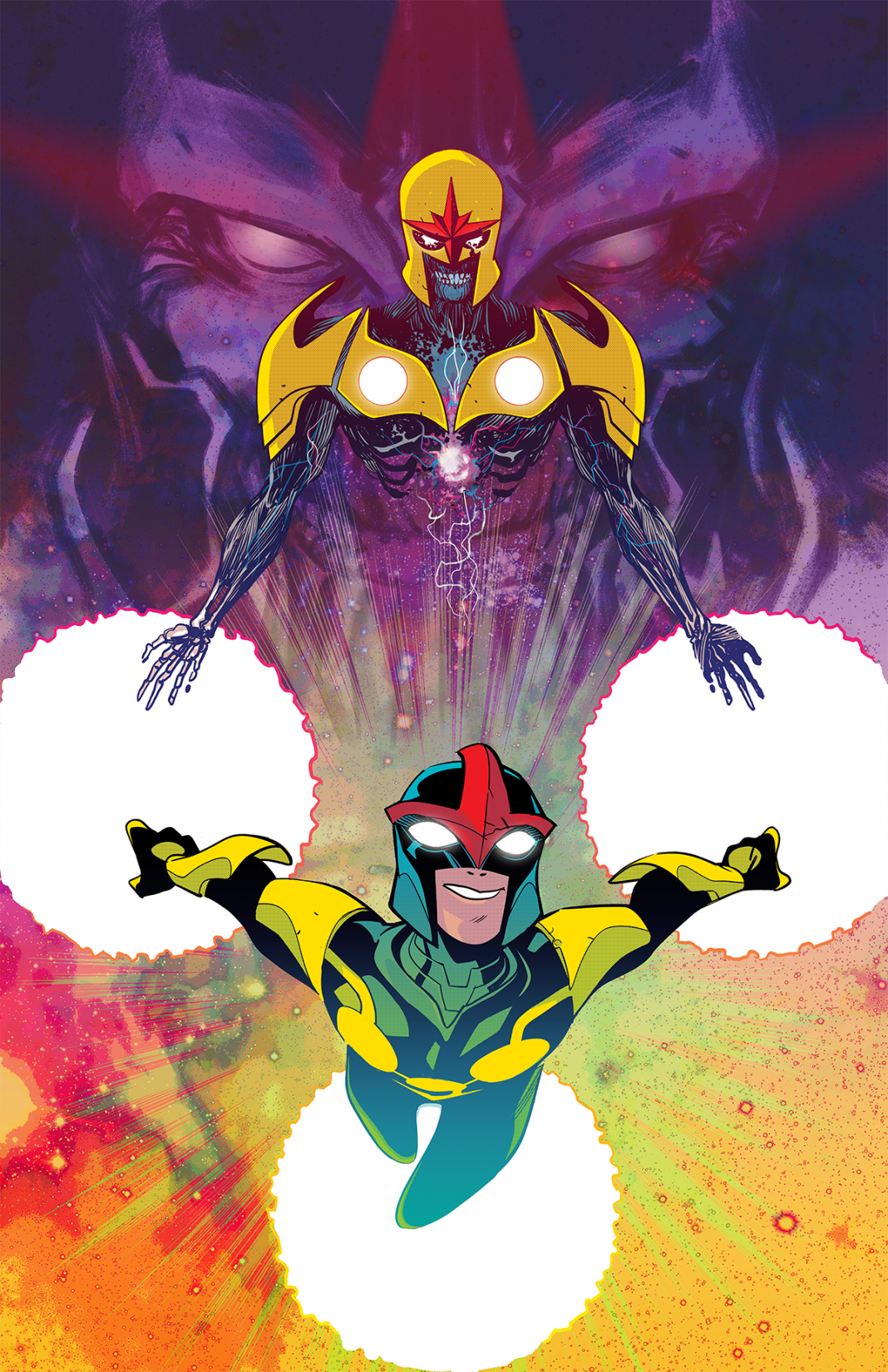 Gang, our Nova #1 Review review is a little SPOILER-Y, so…check back with us after you’ve read the issue. Oh? Still here? Thank you!

A new era of Nova begins as the OG Nova Richard Rider returns and joins current Nova Sam Alexander in the dual Nova adventure both old school fans and new school Marvel Zombies have been dreaming of.

Richard Rider fans have been quite vocal about their dissatisfaction over Rider’s absence from the Marvel cosmos, but now, Rider is back in a book that he shares with the current Nova — and thankfully, the results are a load of fun. Jeff Loveness finds the perfect tone for Nova as it is humorous but not farcical with a meeting between Sam Alexander and Ego the Living Planet that should make even the most hardened reader laugh out loud.

Loveness succeeds on many levels. The new Nova #1 carries the continuity and tone over from the last few Nova monthlies, but the writer adds his own humorous flair to the proceedings. He really nails Alexander’s established voice and utilizes the Nova super-cast in a really fun and effective way.

My only quibble is that the return of Richard Rider should have been an event — a moment that should have felt like a return to glory for Marvel’s Nova franchise — but Rider’s scenes seem kind of tacked on as Loveness spends the bulk of the book with Alexander. People have been waiting a long time for Rider, and we don’t really get much of him. Hopefully, that won’t turn the vocal Rider fans against this book because with Loveness’ energy and deft scripting, and Ramon Perez’s tone-perfect, frenetic art, this book can be the Nova title all fans have been waiting for.

Hopefully, when the two Novas finally meet, this book will be the best-of-both-worlds Nova title it could and should be. If Nova #1 is any indication, Marvel certainly has the right creative team to make Nova’s new book a top-of-the-pile read.