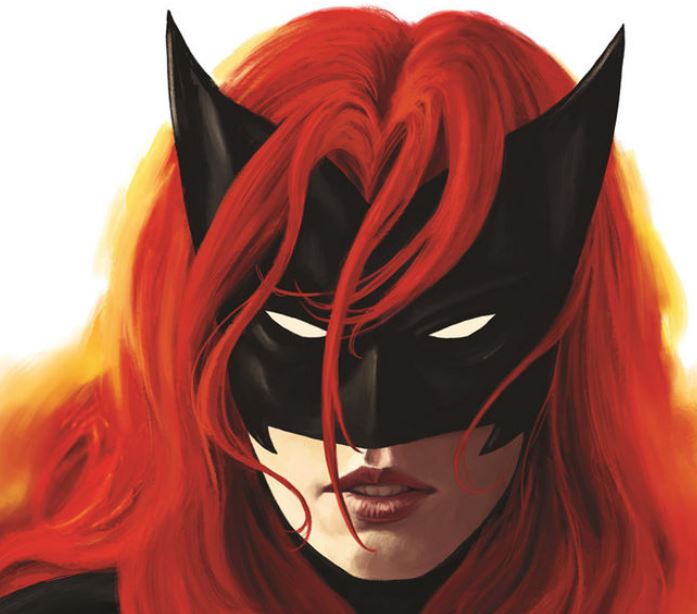 James Tynion ‘Mark IV’ seemed to hold the floor quite often, elaborating on the current conflicts present in Detective Comics, as well as the importance of each character presently involved with Batman’s in-training, quick-response assemblage. One such character, related not only by Bat-moniker but also by blood, is, according to Tynion, about to have her back-story properly sorted out, leading to a brand-new ongoing series. We’ll let Tynion tell the tale.

“When I first sat down with Marguerite, who’s a good friend of mine, we started talking, like, ‘What are the things that are most interesting that can be explored in Kate?’ [A guiding principal was that] Bruce Wayne’s parents were sort of killed by the idea of faceless crime. The difference with Kate is her mother was killed by faceless terror and she built herself into a soldier to fight terror. And there’s like the idea of war, warfare around the world and the idea of Batman’s war and the way that they approach that differently is right at the heart of it. And also the fact that Kate’s a character who’s still finding herself; she’s trying to build herself into the perfect version and she doesn’t know what that is entirely. “

“We’ve also seen her become lost in a way that Bruce never did, like in the Rucka run, you saw the moment after she was kicked out of West Point. She’s sort of slumming around Gotham City and that’s when she met Renee Montoya and all that, but she was also a billionaire heiress, so she wasn’t just going to dive bars in Gotham City, she was going to dive bars in Cairo. We’re going to see that during Kate’s lost years she was all over the globe trying to find a path for herself. We’re going to really see a few new sides of her and also see moments of that past come back to haunt her present, and the different realms of secret warfare happening all around the DC universe and her getting tied into it.”

So, excited for Batwoman: Rebirth? Oh, yeah. Me,too. Rucka’s run on Detective was, in this writer’s inevitably correct opinion, a thing of beauty.