Get it? “Armed?” Because the fist is like, attached to his actual arm?? Okay, I’ll stop. Anyway, part of being at New York Comic Con is getting the good stuff early. The specific bit of “good stuff” I’m referring to is the first Iron Fist teaser trailer released at good ‘ol NYCC 2016. In this extended look at Marvel’s fourth Netflix series offering far more than shots of a despondent, haggard Daniel Rand, we finally get some SERIOUS Iron Fist activation and application. Basically, I’m telling you the fist powers the hell up, and punches the living s### out of locked doors and disagreeable corporate emissaries. Anyway, look up, Chi-up, press play, and enjoy the ever-loving hell out of it.

And who’s narrating the damn thing? Is that Lei Kung the Thunderer? Wait, you don’t know who Lei Kung is? Here. This guy.

In the comics, he trained Danny Rand how to properly wield the Iron Fist, an amazingly explosive bundle of Chi-force derived from the death of Shou-Lao the Undying. And no, it’s not an evil warrior-monk, it’s a mystical dragon. Yup.

Besides watching the fist charge up and the incredibly devastating Kung-Fu, Danny’s designation as a “living weapon” is very intriguing. In the comics, one who wields the Iron Fist is known as an “immortal weapon,” and there are other “immortal weapons” milling about, each representing a mystical city and each uniquely powered by supremely potent Chi energy. Will this concept be introduced in the forthcoming Iron Fist Netflix series? My Iron Fingers are crossed. 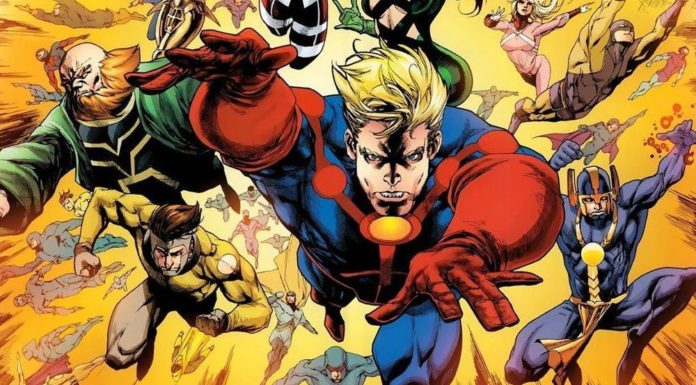 The Batman Marriage: Does It Stand a Chance?