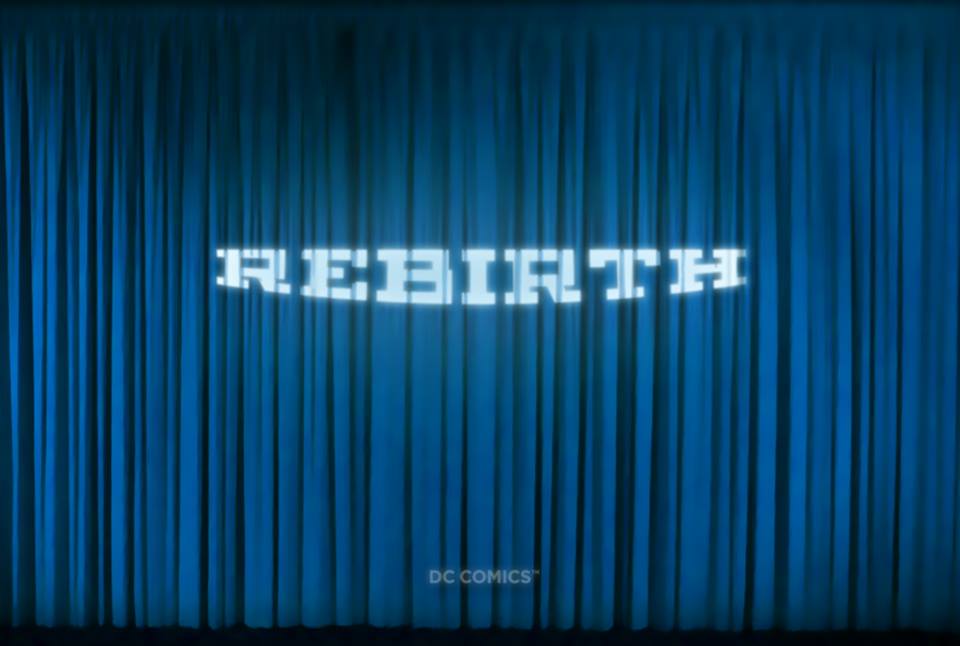 Rumors are circulating that DC Comics will once again relaunch their comic book line this summer, renumbering their books and starting with new #1 issues. These rumors suggest that the comic book line will attempt to better represent and reflect their movie and TV lineup. Should these rumor be true, we should expect a ton of Batman, Superman, Harley Quinn, Suicide Squad and Wonder Woman. We should also see a decent amount of The Flash and Green Arrow.

DC’s official response to these rumors presented itself in the form of a tweet sent by Co-Publisher, Jim Lee. The tweet featured a blue curtain with the word “Rebirth” written across it.

Relaunching seems to be quite fashionable these days. Marvel has made relaunching a habit with Marvel Now, All-New Marvel Now and All-New, All-Different Marvel. In 2015, DC initiated their own soft-relaunch with the DC You Initiative; this was a heck of a lot kinder to continuity than the New 52 reboot, mind you.

The last DC reboot, instigated by the flat, hardly noteworthy Convergence series, brought back their multiverse in many different ways; this included the return of previously destroyed and discarded worlds and storylines, such as pre-Crisis DC characters and the pre-Flashpoint DC Universe. DC’s new, forthcoming reboot will be focusing on the creation of books more representative of DC characters currently populating their television and film endeavors.

You may be stunned at the quick turnaround in doing another reboot, but don’t worry; there is always an upside to a DC Comics’ “Rebirth”. Loopholes, inconsistencies and questionable loose threads may be sewn up with this brand new relaunch. Plus, I would love to see how they might make their comics more reflective of the films/TV series. Marvel has already made it a habit; just look at how well they do Agent Coulson in the Agents of S.H.I.E.L.D. comic series.

And don’t panic; this reboot is nothing like the 2011, New 52 relaunch that basically reset the entire DC universe back to its point of origin. Thankfully, we have that going for us.