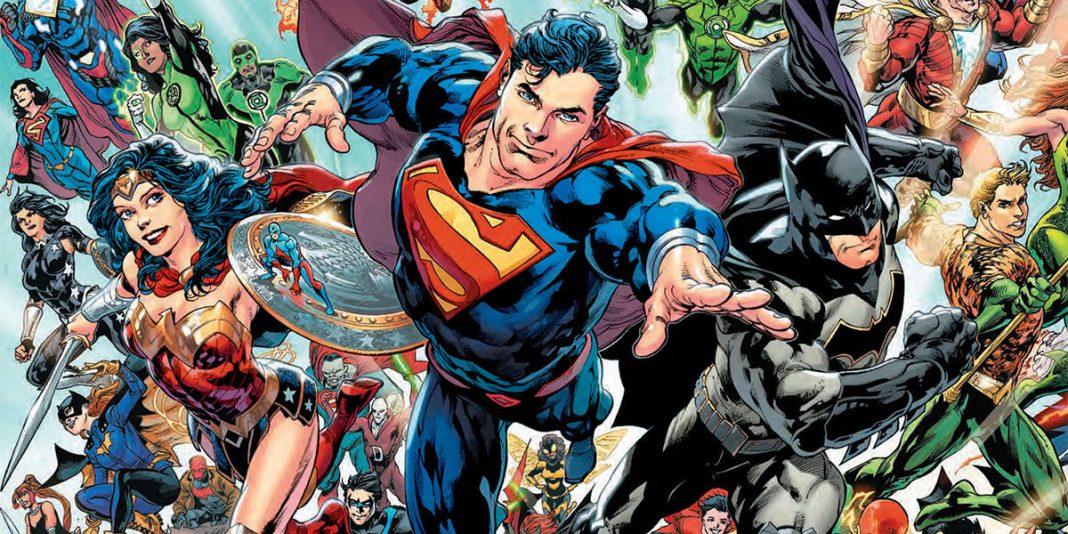 Earlier this year, DC Comics decided to do a soft reboot of their comic line appropriately titled DC Rebirth. All of their books received completely new creative teams and restarted with #1 issues except Action Comics and Detective Comics, whose issue numbers were restored to their pre-New 52 numbering. New 52 was DC’s previous line-wide reboot from 2011, which was met with mixed reviews from critics and fans.

When talking about DC Rebirth on AMC’s Geeking Out, DC Comics’ Co-Publisher and artist extraordinaire Jim Lee said, “What we heard from the fans was ‘We liked the energy from the new stuff, but there’s something missing. Some of the stuff you overwrote was core and essential to the DC Universe and we would love to see that back.'”

Long story short, DC Rebirth keeps the continuity of the comics since the New 52 relaunch, but brings the characters back to their roots. With all that said, I will give you a list of all the DC Rebirth titles I collect, ranked from least favorite to favorite.

I came into this series thinking since I was a fan of the CW show, and Wally West was a vital character in the DC Rebirth one shot, I would like this book. While the story by Joshua Williamson was good, the artwork by Carmine Di Giandomencio just didn’t mesh well. It looks really sketchy to me as opposed to artwork with a clean finish to it.

The book tries to be more like the current show with elements weaved in like the coffee shop Jitters, aerial views of Barry Allen/the Flash running down the street with a trailing streak of lightening, and issue one opening with Grant Gustin’s familiar introduction, “My name is Barry Allen and I am the fastest man alive.” This will sound weird, but the panel layout was also a little distracting with noticeable blank spaces between panels on the page. If it weren’t for the artwork, I’d like this book more.

While the artwork by Tony Daniel (Batman, Teen Titans) is great, writer Bryan Hitch (Justice League of America, the Ultimates) needs to pick up the pace. This book could be DC’s standout title, but the storytelling is slow. Some of the issues seemed like filler rather than trying to progress the plot. “The Extinction Machine” would’ve been a better story had it been just three issues instead of five.

The big selling point for me was seeing David Finch (New Avengers, Ultimate X-Men) working on a Batman title again after Batman: Dark Knight. However, writer Tom King’s storytelling is rather slow paced. For example, in issue #1, King takes an entire issue just to set up the main story, “I Am Gotham.” There really isn’t a lot of plot development–Batman rescues a crashing plane. That’s the beginning, middle and end of the synopsis.
Back in the 90s or early 00s, this 20-page story would’ve just been the first five pages of an issue. Also, the super-powered supporting characters Gotham and Gotham Girl didn’t seem like a good fit for a Batman book.

Besides being a fan of the CW show, I wanted to expand my comic horizons and read some books out of my comfort zone (I.E. books that weren’t Superman, Batman, or Guardians of the Galaxy). This didn’t disappoint at all. Benjamin Percy’s story really complemented Otto Schmidt’s artwork. Schmidt’s artwork is cartoony compared to other books on the market, but it fits Green Arrow well. This is more of a team-up book with the Emerald Archer and the Black Canary (which actually was the case between 2007 and 2010). It’s always a good, quick read. Definitely pick this up!

What made this stand out was the amount of supporting characters in this Bat-family title. Not only do you see Batman patrolling Gotham City, you also get Red Robin (Tim Drake), Batwoman (Kate Kane), Spoiler (Stephanie Brown), Orphan (Cassandra Cain) and villain-turned-good-guy, Clayface. James Tynion IV’s writing in “Rise of the Batmen,” showing Batman working as part of a larger Bat-team, really showed a different side of the Caped Crusader. Eddy Barrow did a great job on the artwork. It reminded me of Ivan Reis (Aquaman, Green Lantern) a little bit.

“Son of Superman” was one of the most pleasant surprises from DC Rebirth. I didn’t expect to like Peter Tomasi and Patrick Gleason (Green Lantern Corps, Batman and Robin) as much as I did. What I really enjoy is that Tomasi and Gleason are showing a different side of the Man of Steel (this is the post-Crisis Superman. There was a thing with the New 52 Superman that happened before DC Rebirth which would require a whole other article for me to explain), a maternal side. Now we see Superman going on adventures with his super-powered son, Jonathan. It kind of reminds me of the imaginary stories from the silver age where Superman and Lois had super-powered children and they’d get into all kinds of trouble. Absolutely pick this up.

After what happened the last time DC named a book All-Star Batman, I’m surprised the powers that be gave the title another chance. This time, it doesn’t disappoint. Coming off his massively successful run on Batman, writer Scott Snyder brings along legendary artist John Romita Jr. (Amazing Spider-Man, Superman, Daredevil: The Man Without Fear) for the ride in “My Own Worst Enemy.” Their styles mesh well. Even though only two issues have been published so far, the story is very fast-paced and readers definitely get their money’s worth.

Romita’s art is the selling point for me and it is probably his best work since Amazing Spider-Man or World War Hulk. If I recommend one book out of this whole list, get this book!

Agree with my list? Disagree and think they should send me back to wherever I came from? I know my list of books on my pull-list will be different from everyone else’s, so that’s why I’d like to hear from you down below in the comments section. Go ahead and tell me what DC Rebirth books you collect and enjoy the most.