This weekend, Marvel is taking a bite out of the Big Apple and bringing the hometown heat to New York Comic Con once again! And over the course of the 4-day mega event we’re bringing some of the best and brightest stars along for the ride! You won’t want to miss what we’ve got in-store for fans as we’re packing this year’s convention with wall-to-wall fan service including signings, panels, stage events and more! Heading to the show? Make sure to stop by the Marvel Booth (Booth #1354) to get in on the action and excitement all weekend long.

Want to get the inside scoop on all of the can’t-miss Marvel NOW! comics coming later this year? What about the lowdown on Marvel’s blockbuster television series and animated favorites like Marvel’s Agents of S.H.I.E.L.D., Marvel’s Iron Fist, Marvel’s Ultimate Spider-Man vs. The Sinister Six and Marvel’s Avengers Assemble: Ultron Revolution? Then you won’t want to miss this year’s panel lineup chock full of breaking news and unforgettable moments! Bring a camera, you never know who might show up! Plus, don’t miss all the exciting events happening at the Marvel Booth all weekend long including signings, giveaways (while supplies last), costume contests and more!

Check out the official panel and booth schedule! 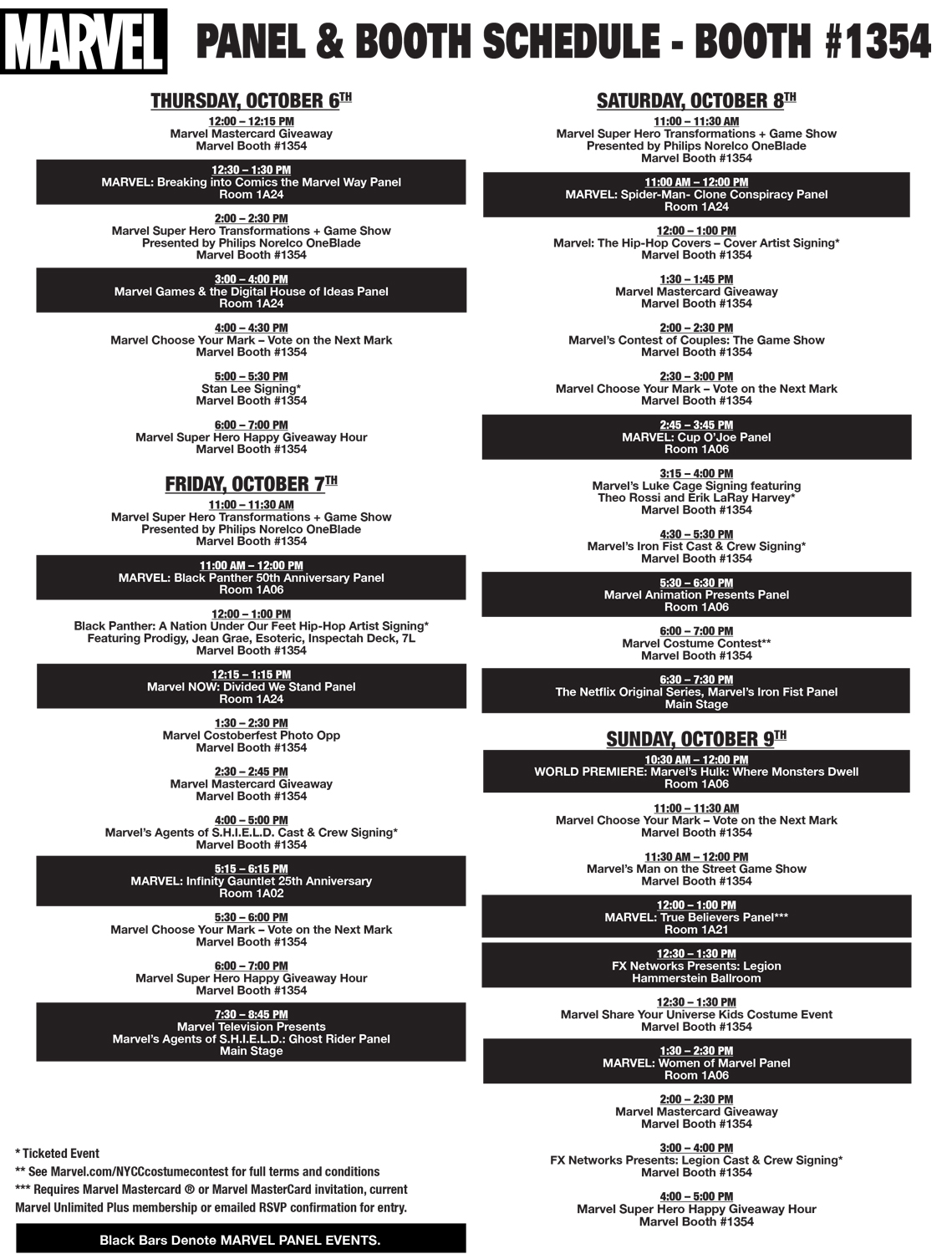 That’s not all! This year’s show features an all-star lineup of your favorite Marvel creators who will be signing throughout the show. Swing by for scheduled appearances by Nick Spencer, Al Ewing, Christopher Priest, Don McGregor, Sara Pichelli, Frank Brunner and even Stan Lee himself! Check Marvel’s signing schedule for even more scheduled appearances. 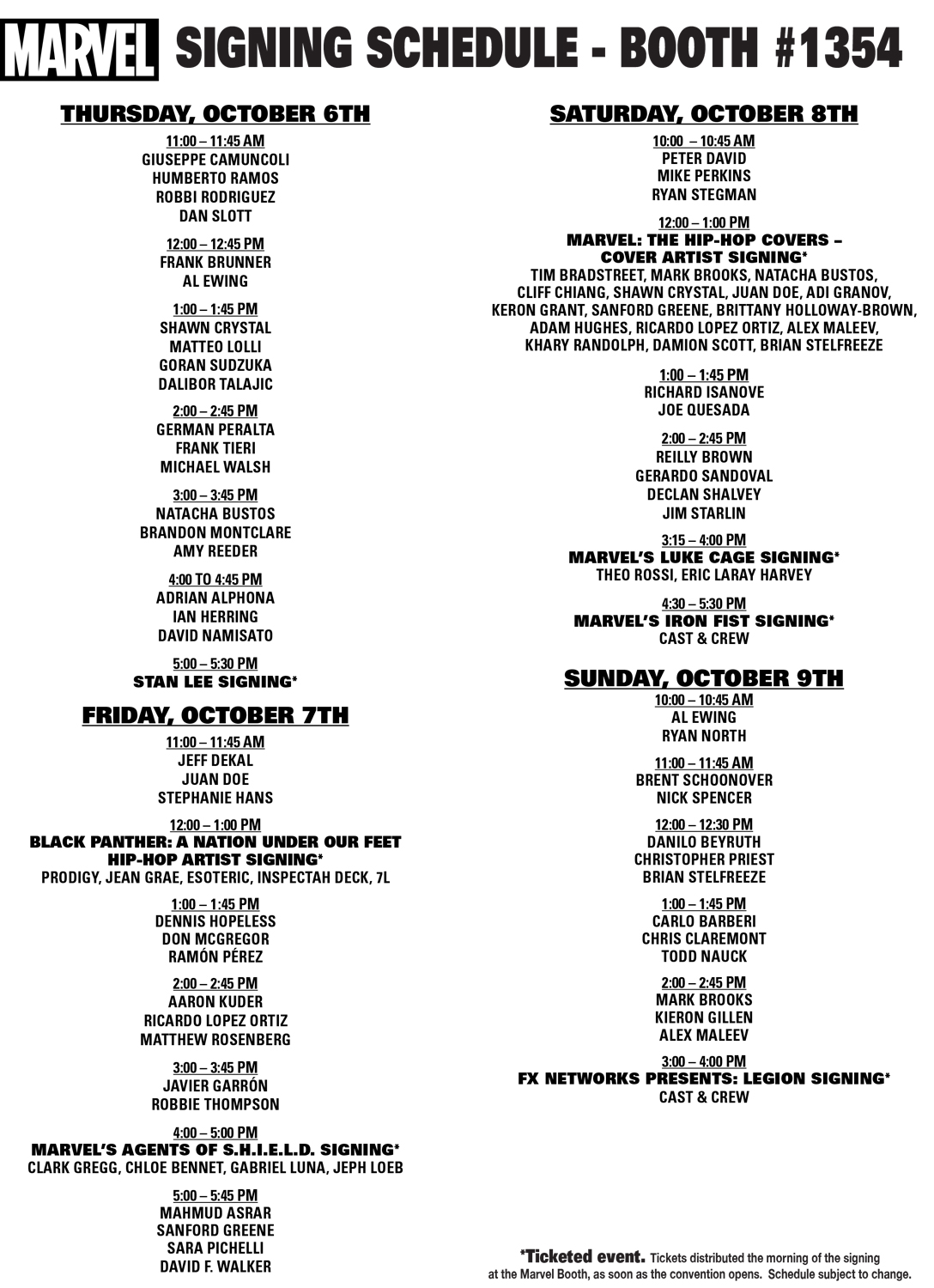 Can’t make it to the convention? Visit Marvel.com/nycc2016 and follow along with @Marvel on Twitter, the best way to get real-time announcements from the convention floor and up-to-the-minute panel, in-booth, and signing schedules of all your favorite Marvel creators!