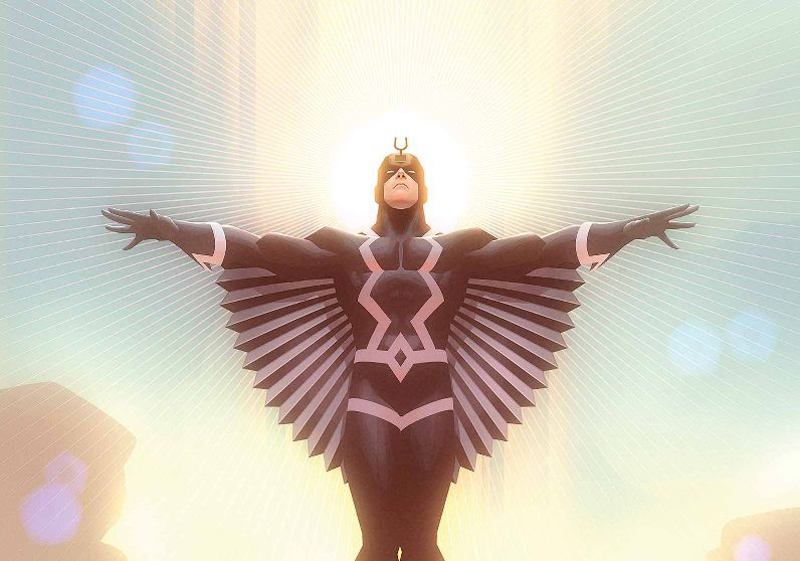 Check out Our Review [WITH SPOLIERS] of Marvel’s Squadron Supreme #6!

Last month, the Squadron Supreme finished up their adventure on WeirdWorld and returned to Earth with a new teammate in tow. Thundra is on board to take the place of Power Princess/Warrior Woman.

All of that is fine, but this month’s focus shifts from the team to a more character-focused story.  Of all the members of this new Squadron Supreme, this team’s Doctor Spectrum is the least defined. She was rescued from her planet’s destruction by Black Bolt; he’s featured on the issue’s cover, so you can assume that will be addressed.

And, addressed it is, in part.

We get a glimpse at how Doctor Spectrum got her powers. We see her facing off with some renegade Atlanteans; we see what her secret mission is; we see her meet Toro. And, on the last page, we see her come face-to-face with Black Bolt himself.

I found myself drawn into the story of this woman who is still trying to find her place on a new Earth and a new team while coming to grips with the loss of everything she ever knew.

In the “B” plot we get a quick glimpse at Nighthawk spending some time being his alter ego, only to be confronted by the Earth-712 Nighthawk. That confrontation will take center stage next issue, but it was set up perfectly.

We also get a glimpse of Hyperion, long haul trucker. I’m still not sure where they’re going with that, but it is amusing.

One of the best things about team books, especially books about new teams, is watching them evolve and gel. This team has the added dimension of familiarity with other versions of their teammates, which leads to misplaced expectations and misunderstandings.  It’s all part of the life-cycle of the team and it’s being handled masterfully. 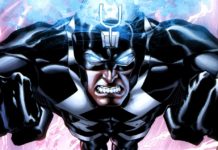