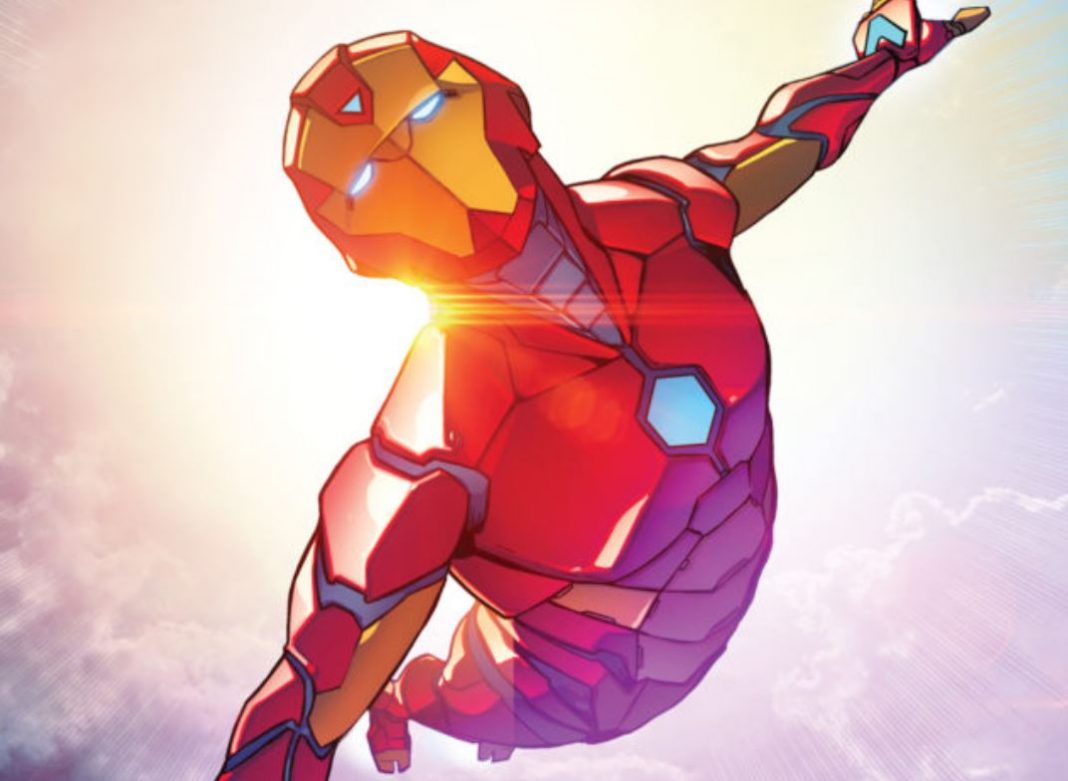 We told you all about the young and gifted, now ex-M.I.T. student Riri Williams who built her very own Iron Man armor. You see, she dared herself to do it, and Stark’s unexpected, unusually long disappearance seemed way too serendipitous NOT to do it. So, Riri built herself an armor to fill the sizable, Tony-shaped void, which apparently caught someone’s attention because she’s sporting a very familiar-looking, red and gold armor. Does this mean Riri, now armed with a more “proper” suit of wearable, bleeding-edge tech, will continue the legacy of Iron Man by adopting the expected moniker of “Iron Man?” Well, in this advance solicit of Invincible Iron Man #1, Riri Williams reveals her superhero name…and it’s not exactly “Iron Man.”

During an interview with our friends at Wired, writer Brian Michael Bendis explained that Marvel’s Chief Creative Officer Joe Quesada came up with the new moniker.

“Iron Woman seemed old fashioned to some, Iron Maiden looked like a legal nightmare. And Ironheart, coined by Joe Quesada, after I told him my planned story for Riri, speaks not only to the soul of the character but to the Iron Man franchise as a whole. Tony first put on the armor to save his heart. Riri puts it on for different reasons altogether but still heart-related. When people see her story, you’ll be amazed at how simple and brilliant Joe’s suggestion was.”

Thankfully, and somewhat ironically, Tony will remain, but as an A.I. algorithm based on Tony’s personality. “Regardless of where he might be physically,” said Marvel Senior VP of Publishing Tom Brevoort, “he’ll be soaring along with her spiritually.”

So, Riri is getting a handle on the whole Iron Man (sorry, Ironheart) thing AND dealing with a Tony-based A.I. that probably came with the armor. Basically, he’s the new Friday but with more facial hair and an overabundance of snarky comments.

So, what do you think about the new name? Are you in or out of the pool when Invincible Iron Man #1 hits shelves this November?