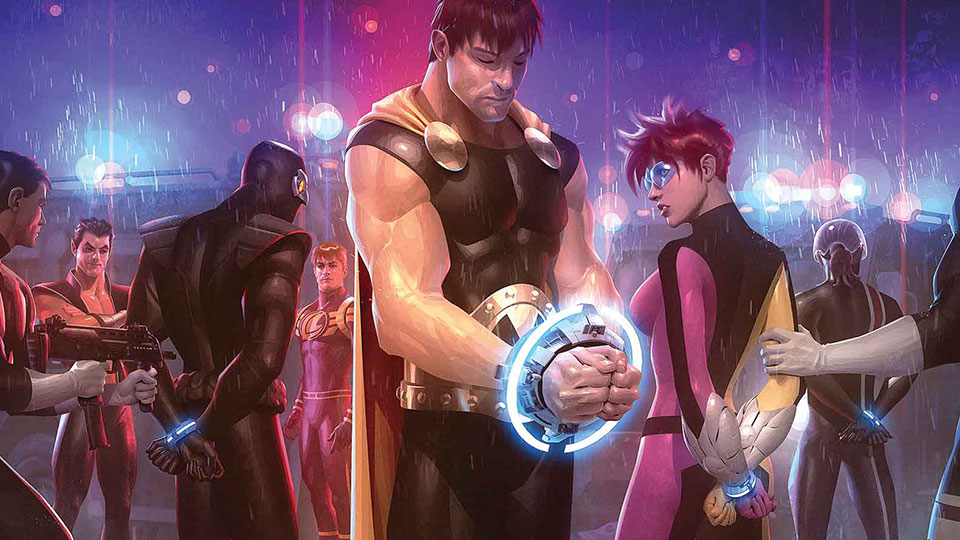 Gang, our Squadron Supreme #15 review is a little SPOILER-Y, so…check back with us after you’ve read the issue. Oh? Still here? Thank you!

Where were we? Oh yeah! In the last issue of Squadron Supreme, a resurrected Namor fought Nighthawk and SHIELD alongside Hyperion and Doctor Spectrum, the very people who killed him and razed Atlantis.

Just another day at the office.

To be fair, this latest iteration of the Squadron Supreme faced an uphill battle from the very beginning. It was always going to be compared to Mark Gruenwald’s seminal 1985 series AND J. Michael Straczynski’s 2003 series.

Those two series set a bar that was ridiculously high.

While the current series had its high points – the death of Namor and their trip to Weird World – the series has suffered from a lack of focus for more than half of its run.

It’s really a shame, because the series’ original “by any means necessary” premise placed it in a unique position in the Marvel Universe. These heroes could go to the dark places that the heroes now connected to the MCU just couldn’t.

As the series stumbled through forced crossovers and abandoned subplots, it died a slow death.

With all that being said, it should come as no surprise that issue 15 marks the end of the road for Squadron Supreme.

As we have so often in recent issues, we get an off-screen resolution to last month’s big cliffhanger. The flock of Nighthawks was a maguffin.

From there, we get a meeting wherein the team breaks up, followed by half an issue of resolutions for each character. It’s like Return of the King — the story ends…and ends…and ends.

The final panels give us Hyperion, back in his big rig, and on the road to discover America and perhaps himself.

So, Squadron Supreme is over.  It’s probably a few issues to late for the series to be remembered as anything other than a failed experiment. That’s too bad, because there was a good series hidden in there somewhere. 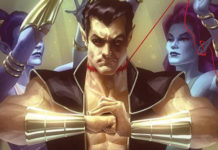 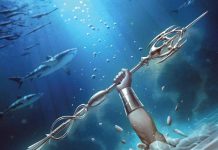 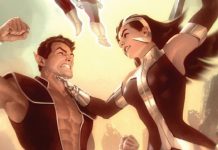