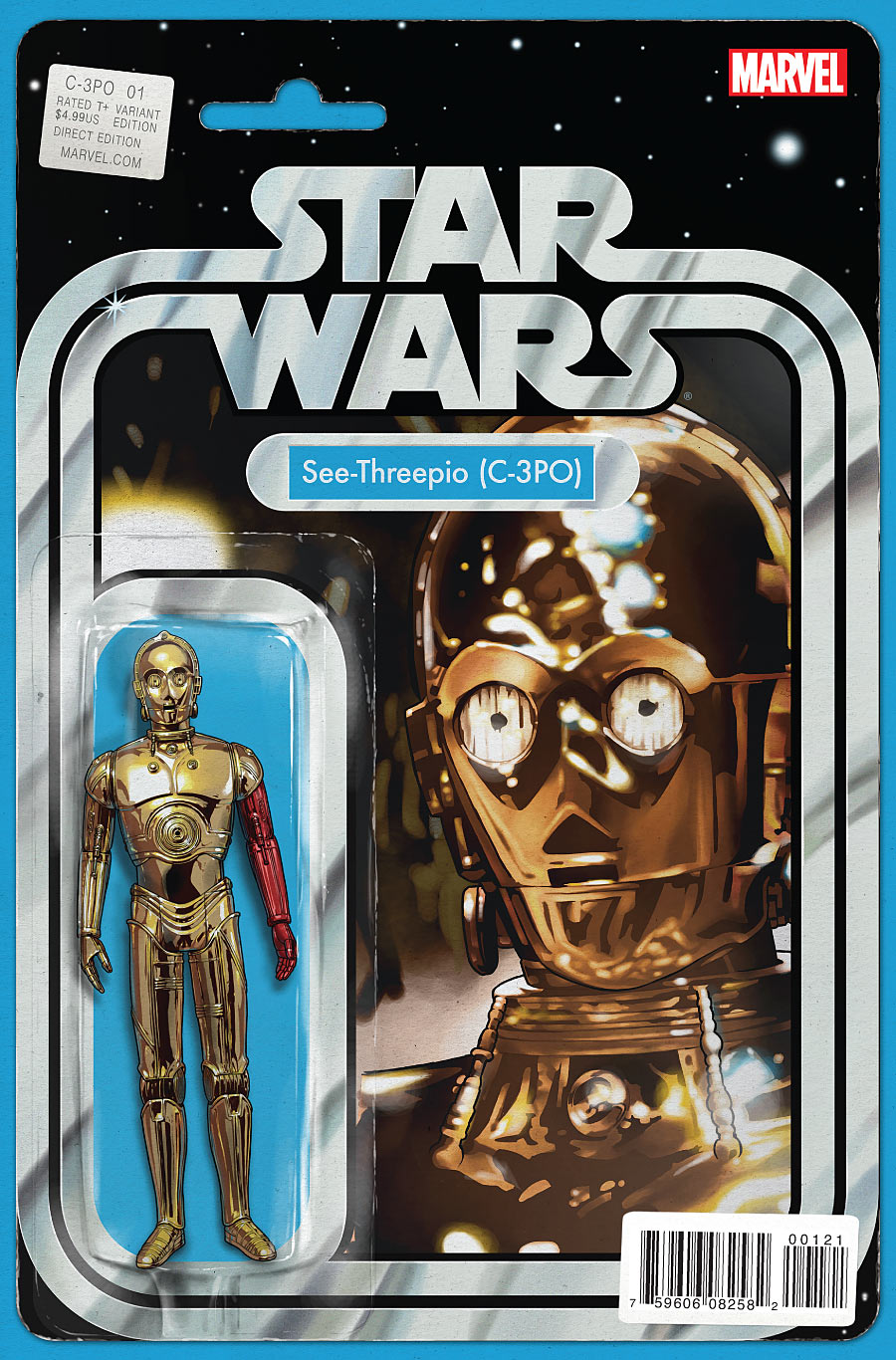 Forget the truth about Rey’s parentage, forget the true identity of Supreme Leader Snoke, and forget the origins of the Knights of Ren. The BIGGEST, unrevealed secret coming out of Star Wars: The Force Awakens has to be…how the heck did C-3P0 get his red arm??

Now Marvel, writer James Robinson, and artist Tony Harris reveal that secret in Star Wars: C-3P0 #1 and the answer is way more heart-felt and poignant than any Star Wars fan can possibly imagine. First off, in this one-shot, you get the Starman creative team reunited and that should make some old-school fans very happy because Starman was probably the greatest superhero comic of the 90s and early 2000s. But when it comes to “Star,” we are concerned with “Wars” not “Man,” and this latest Star Wars one-shot is really darn unexpected.

Robinson presents the story of 3P0 and a cadre of droids crash-landing on a hostile planet while on a mission to save Admiral Ackbar (it’s a TR – oh, you know!). One of the droids (one of those old Death Star Droids for you classic Kenner action figure fans), is a First Order operative and possesses the location of the hidden Ackbar. Together, C-3P0, the enemy droid, and the other automations must survive the deadly planet.

Sounds simple? Well, it’s not because the whole adventure turns into a meditation on the nature of being a machine and following one’s programming. It’s a treatise on the complexities of war and loyalties and somehow turns a story about a red arm into an examination of fate and human nature. There are some laughs as any C-3P0 tale needs to be funny, but by the end of the adventure, a story that could have been throwaway and frivolous turns out to be one of the most emotionally complex C-3P0 adventures…well, ever. Heck, the issue even evokes the prequels in a way that will give even the most ardent prequel-hater the chills.

Tony Harris’ art is gorgeous to behold, detailed and uniquely laid out as the master artist who drew so many Starman pages with Robinson is in rare form. This book was supposed to be out the same month The Force Awakens was released, but I have a feeling Harris’ highly detailed art pages put the brakes on things for a few months. But, this package is worth waiting for (and hey, it’s out in time for the DVD release so…), as a pair of veteran creators set out to tell a story about an arm but end up revealing the true inner nature of one of Star Wars’ greatest heroes. Thank the Maker.