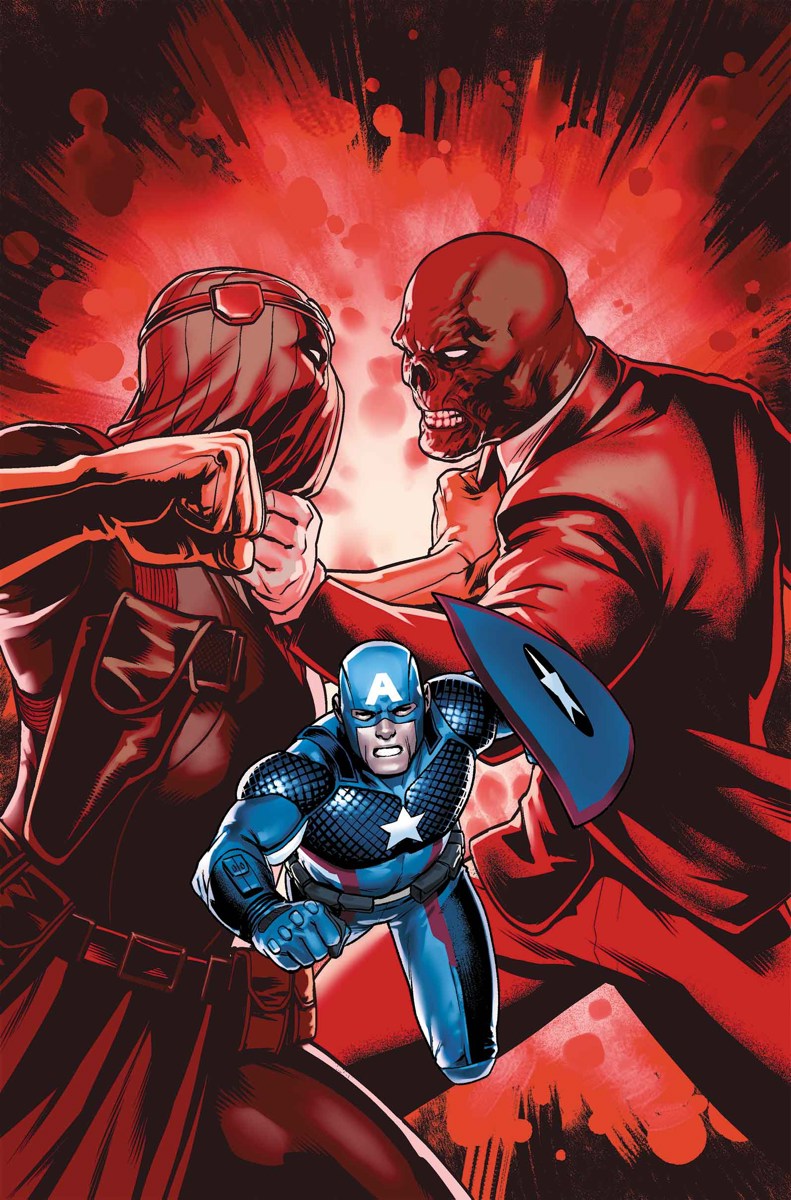 Check out Our Review [WITH SPOILERS] for Steve Rogers: Captain America #3!

Well, it’s been three months since “Hail Hydra” and the world still turns. Despite many so-called fans accusing Marvel and Nick Spencer of being Nazi sympathizers, Steve Rogers: Captain America continues to unfold one hell of a tense and perfectly paced story designed to keep readers (non-reactionary, open minded ones) guessing.

In Steve Rogers: Captain America #3, Spencer takes us deep into Cap’s mind as most of the issue is spent with Rogers (HYDRA symbol effectively smeared on his chest) communicating with his lord and master- the Red Skull. It’s all very Vader/Palpatine as Spencer really knows which buttons to push. You gotta say this for the writer, he has balls.

Other topics powerfully dealt with in this issue are the dangling thread of Cap possibly being a murderer (poor Jack Flag), the fate of Baron Zemo, and the fate of Cap’s father in this Cosmic Cube-altered reality.

The flashback sequences have a particular class to them as Spencer deftly explores Steve’s mom and her abusive relationship with her husband. This is some great character work as readers get to experience the good and bad of Cap’s life – even if everything is super-twisted by the Cosmic Cube. The best thing about Spencer’s script is that there is a story beneath the story, a clear message that readers do not have the full story of this gutsy Cap tale yet – and when the remaining cards turn over, mouths will be left agape.

It’s a shame that the entitled, yapping fans that sent Spencer and Marvel death threats aren’t around to see this story unfold, because it’s one hell of a story. Now, if Spencer doesn’t stick the landing, Marvel will have some red, white, and blue on its collective face, but three parts in, so far, so good.

To enhance this issue, check out Civil War II #4 to see the HYDRA Cap become more involved in that storyline, but rest assured, the main event is right here in Spencer’s book. Of course, none of this would have any impact if it wasn’t for Jesus Saiz’s art. Saiz pulls off some truly profane imagery that just packs a wallop.

Steve Rogers: Captain America #3 is a brave, frightening, gripping tale that will surely entertain those willing to accept it.