Home COMICS The Biggest Reveals From The Wakanda Files 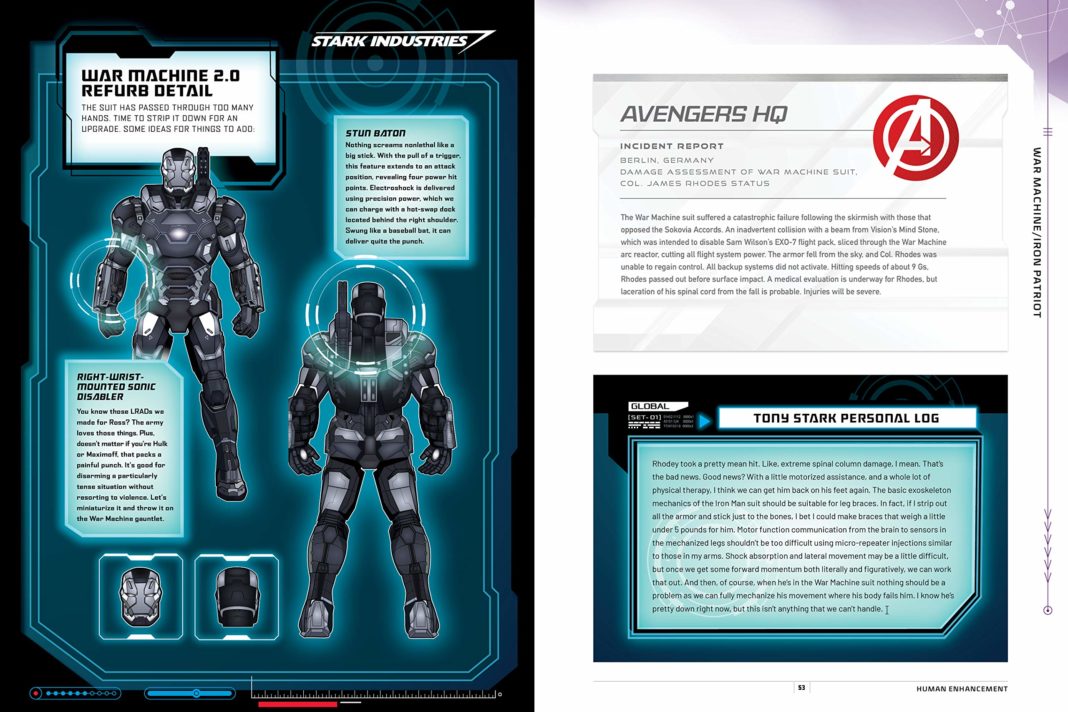 Epic Ink just released a new book titled The Wakanda Files, which is described as “A Technological Exploration of the Avengers and Beyond”. True to its title, the 160-page tome provides interesting tidbits and brand new insights on the Marvel Cinematic Universe, which includes everything from human enhancement to artificial intelligence. It also talks about different secrets on weapons and even mind control. 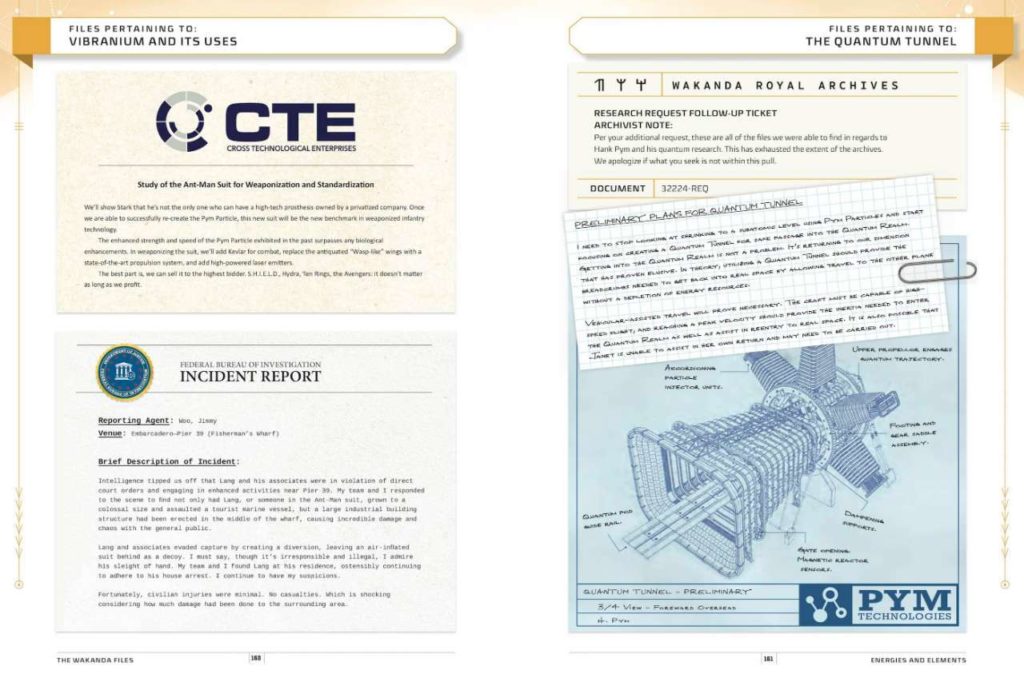 Now that we don’t have a lot of news about the MCU at the moment, the revelations from The Wakanda Files are more than welcome. Here are the biggest reveals so far: 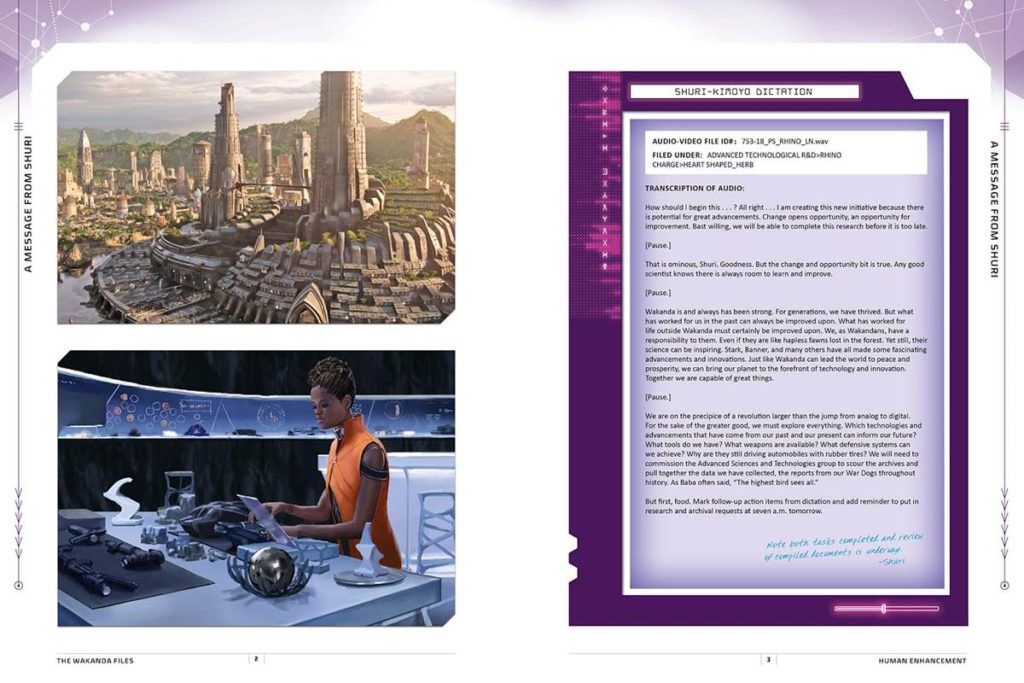 Shuri is actually looking for a way to synthesize the heart-shaped herb after it was destroyed. According to the book, she’s trying to find a way to stabilize the effects of the synthetic herb. In order to do so, she has been trying to add vibranium into the mixture, but so far, she needs to study a sample of the original herb in order to produce further results.

Shuri discovered that Captain America can actually burn almost 8,000 calories a day. This kind of increased metabolism is the reason why his body was able to survive the sub-zero temperatures in the arctic. After the super-soldier serum was injected into him, he was also able to acquire an increased immune system—now we know why he’s so remarkable!

According to the book, there is a possible section that features human enhancement pertaining to Shang-Chi. The office of President Ellis (William Sadler) has a memo to the U.S. Secretary of Defense that talks about “the current threat of the Mandarin and the Ten Rings.”  Is it possible that this isn’t just talking about the events that transpired during Iron Man 3?

Tony’s nano-technology was apparently thanks to a lot of Wakandan assistance. Some form of information trade took place that led to Stark acquiring the knowledge to use the tech, resulting in his latest suits. This was revealed when the notes on Tony Stark’s development of the Iron Spider armor surfaced—the so-called “nanoparticle tech” was from T’Challa, and it was to be developed as a “versatile and protective suit” for “the kid”.

5.  Shuri looks up to Hank Pym

There’s no question as to why Shuri would be intrigued by Scott Lang and Hank Pym handling the Quantum Realm in so many ways. As a brilliant mind herself, she’d no doubt find Pym’s studies to be extraordinary.

“There are no words to express the envy I feel toward Lang and Pym for their time in the Quantum Realm. Pym’s quantum mechanics research is exciting. The possibilities for transportation improvement,” she writes. “How did Pym get his hands on an EM-drive that works outside of a vacuum chamber? We have been attempted to create a Mach-effect thrust without a reactionary force for months, maybe years. It defies the laws of physics. Unless the Quantum Realm acts as a vacuum chamber? That would prove Heisenberg’s principle of a quantum vacuum. So many questions. We must talk with Pym. Immediately.”