Home COMICS Three Times Batman Was Outsmarted By Someone Else 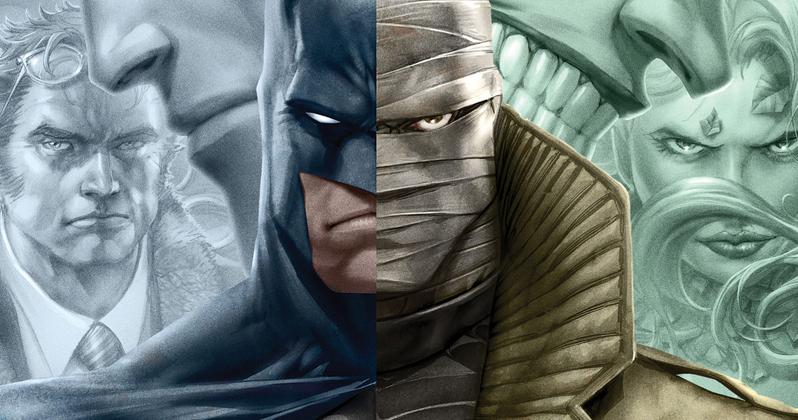 Despite not actually having any superpowers in the literal sense, the Dark Knight is actually one of the most ridiculously overpowered superheroes in the DC universe. Ultra-cool gadgets in his never-full utility belt (yes, we’re talking about the Bat Repellant Spray here) aside, he’s got the class and pizzazz of a billionaire playboy. Plus, his Bat-family is composed of the most awesome bunch of characters anyone could ever ask for in a (bat)wingman.

In reality, what actually makes the Caped Crusader extremely formidable is his incredible wit, as he’s always just a step ahead of everyone else. But no one can be perfect all the time, and even the Bat himself was outsmarted by others who were, well, smarter than him. Here are just some of the instances when our favorite brooding Bruce was outwitted by someone else.

In Tom King’s “The War of Jokes and Riddles”, the Riddler leaves Batman with no choice but to join forces with him, resulting in a meaningless plot by Edward Nygma to make the Joker laugh. “Not every story is your story,” The Riddler tells Bats. “You really think it bothers me you’re alive? I could kill you. Easily. I keep you alive for the same reason we all keep you alive… You’re not a challenge. But you’re fun.”

In “Whatever Happened To The Caped Crusader” by Neil Gaiman, both heroes and villains gather to honor the fallen Knight in a mournful wake. As people get up one by one to share stories about their encounters with the Bat, Alfred’s was by far the most shocking one—he reveals that all this time, he’s actually been faking Batman’s whole crusade all along.

He tells us that because he wanted to stabilize Bruce Wayne’s mania, he dedicated his life to hiring old pals from his theater group to masquerade as colorful villains to keep Batman going. It was all an act, and Alfred himself was actually the Joker. “What Master Bruce needed was a Moby Dick for his Ahab, a Moriarty to his Holmes,” Alfred says. “And so, regretfully, I did what needed to be done. White greasepaint. Red lipstick. A purple suit. A green wig. And it did nothing…until I smiled.”

The best cons are the ones played by those closest to you, and with Hush, he hit Bats where it really hurt. Tommy Elliot was Bruce Wayne’s childhood  friend, and driven by an unreasonable hatred for Bruce because the Waynes died young and left Bruce with their fortune, Tommy set out to ruin Bruce’s life. He became Hush, and he made Bruce’s life a living hell (implanting a chip into Bruce’s skull and forcing circumstances to sic Superman on him included). He even got Bruce’s former mechanic Harold to bug the Batcomputer to throw Batman off. Like in any Jeph Loeb Batman story, all the villains worked together to bring the Dark Knight down, and even though Batman was able to triumph over everything in the end, he definitely didn’t leave unscathed.

Do you have your own favorite moments when Bats was outsmarted in the comics? Sound off in the comments below!