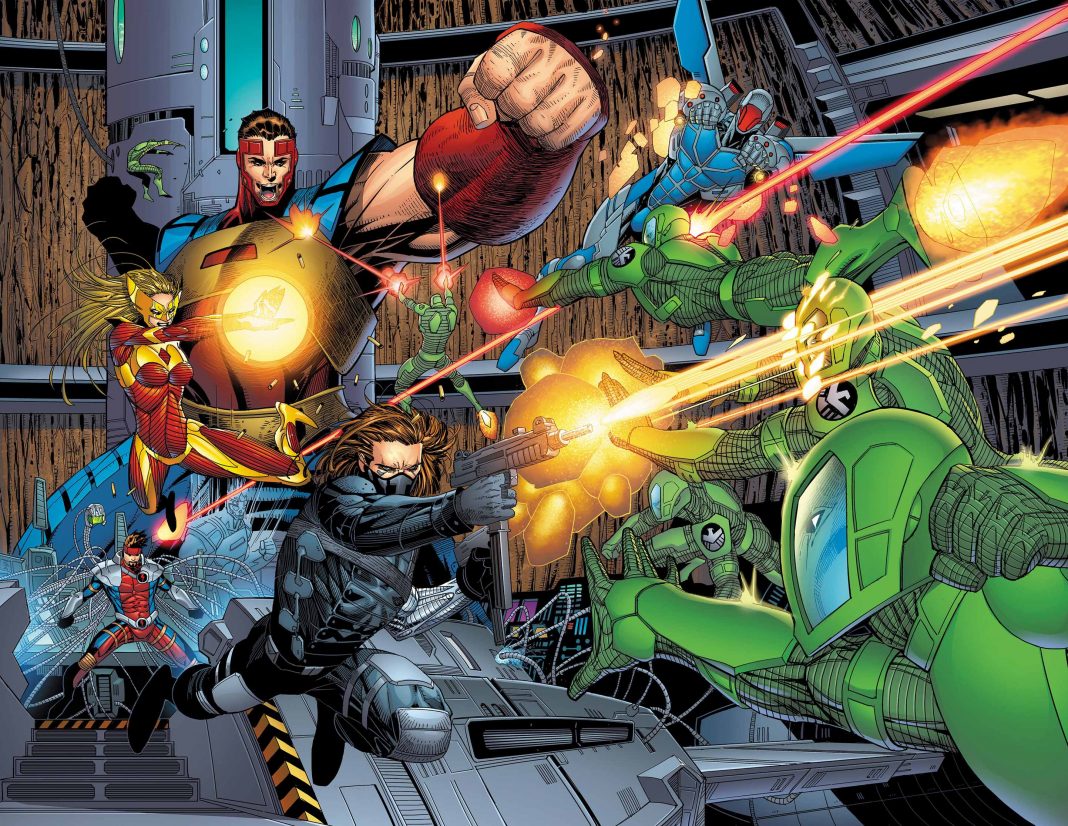 Check out Our Review [WITH SPOILERS] for Thunderbolts #1!

The Thunderbolts are back and this time the team is led by none other than the Winter Soldier in a “get the band back together” book that attempts to return the team and concept to their roots.

And I’ll say this for the book, it tries – as the entire first issue of the new series reads like a reunion tour. There are lots of fun references to missions past as most of the original T-Bolts find themselves fighting side by side for the first time in a long while. At times, the book will make you want to throw on a flannel and wallet chain as the book is filled with 90s nostalgia. The book even looks 90s as artist Jon Malin pulls off a Rob Liefeld-type pastiche- and fans, that’s not a good thing. Everyone has exaggerated anatomies and pin-heads in an unpleasant to look at actioner that is long on “attack-attack-attack” and short on purpose.

The original Thunderbolts was anything but an Image riff; it was drawn by the always subtle and classical Mark Bagely so one wonders why an artist who possesses Malin’s retro skill sets would be pulled for this assignment. The major issue is that there is no purpose to this book. Yeah, Bucky has a purpose as he continues to fill that “Man on the Wall” role, the first line of defense against alien incursion. But the rest of the members of the Thunderbolts, with their tiny, tiny little heads, are not provided ample reasons for becoming T-Bolts once again.

Write Jim Zub has Bucky’s voice down, and he even provides some classic moments with Moonstone and Fixer. But the rest of the team are interchangeable with nothing to provide them personality or purpose save brief descriptions of their powers.

The whole issue was just a jumble of stuff (and tiny heads) that left me interested enough to come back for a few more issues but not interested enough to really care about the cast one way or another. And folks, in today’s market, with a property Thunderbolts, that could spell a very short run.