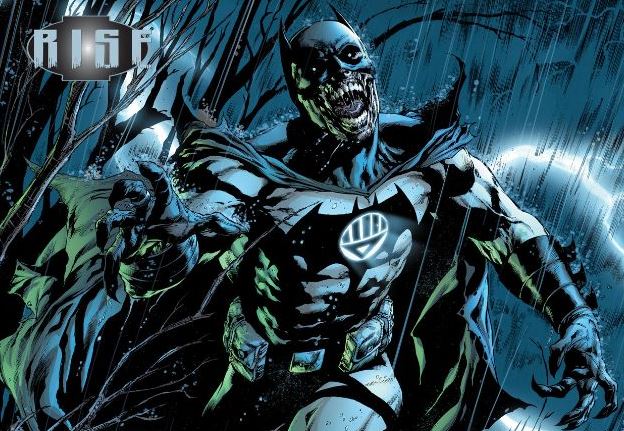 The Halloween season is upon us! Check out our top list of spooky reads to get you in the mood this month.

John Constantine has always dabbled in the creepy and the unknown, and this series shows readers that journey best. Set in his home country of England, the series covers everything from demonic cases to intriguing British folklore. The horror factor of this intense read is definitely off the charts, with a whole lot of dark magic involved when it comes to the sinister mysteries of the occult. 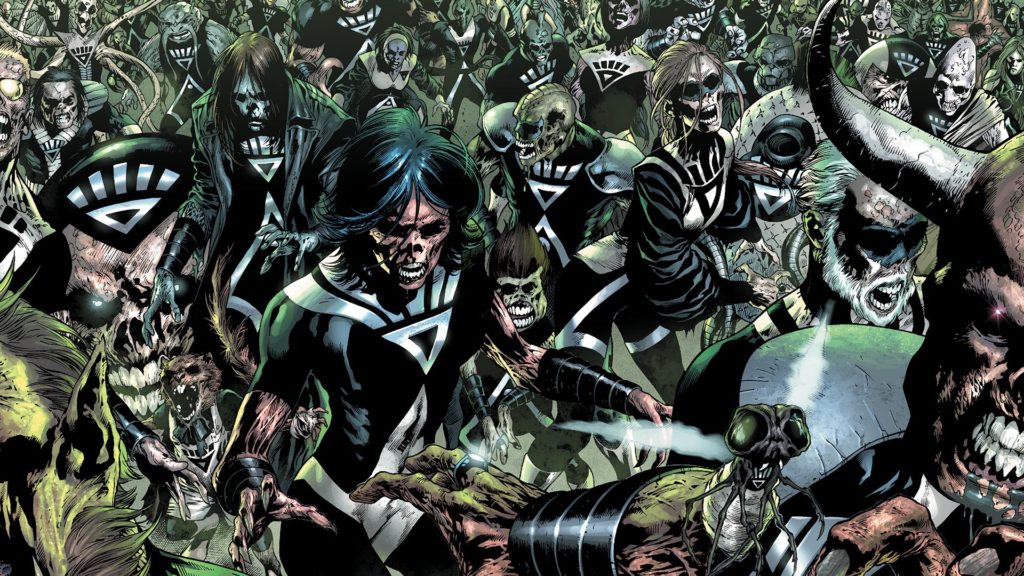 Written by Geoff Johns with artist Ivan Reis, this is probably one of my favorite Green Lantern reads simply because it just looks creepy and cool. Sinestro Corps War was the awesome arc that led to this moment, where the return of Nekron and Black Hand throws the whole world into complete disarray. Basically, though, it’s all about reanimating corpses into zombies, and really, what’s Halloween without zombies? During this time, a huge chunk of the heroes from the DC Universe is pretty much dead, so the black rings fly off and inevitably find their way to them. The black rings bring to life the undead versions of Superman, Batman, and Wonder Woman, plus Martian Manhunter, Aquaman, and so much more. It would actually be pretty cool to see this adapted in some form on either the big or small screen!

Speaking of zombies, an alternate world in the multiverse leads to Darkseid using the Anti-Life Equation to create zombie-like beings through the power of the World Wide Web. The parallels of the whole thing in real life are pretty obvious, but that doesn’t make it any less creepy. Zombies, phones, and the Internet? The implications practically write themselves.

4.  The Batman Who Laughs

I’m not going to include The Long Halloween on this list, because it’s already a Halloween given. I am, however, going to insert a newer Batman read here, which focuses on a different kind of Bats—one who’s already creepy enough as he is with just his appearance alone.  From the pages of the massive Dark Nights: Metal event by Scott Snyder comes The Batman Who Laughs, who’s basically Joker with the intelligence of Batman. This twisted version of the Caped Crusader shows us what horrors would ensue if these two were ever the same person, and, well, you really have to read this to see for yourself. 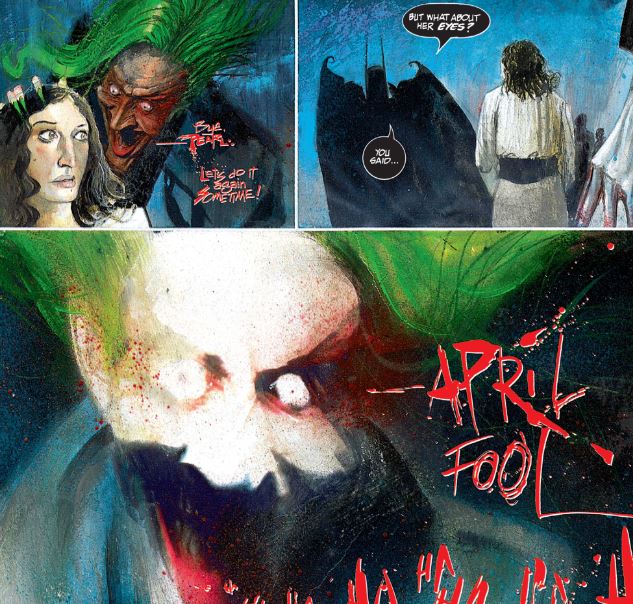 Last but not the least, we have this nightmare-inducing entry from Grant Morrison’s brilliant mind. The complicated plot is made even more amazing with the surreal art from Dave McKean, and really, it’s also one of my faves because it dives deep into Batman’s complicated psyche in such a horrific way. Again, don’t take my word for it—it’s something you have to experience for yourself to really immerse yourself in the horrors of this world.

What are your own top Halloween faves to read during this season? Sound off in the comments below!