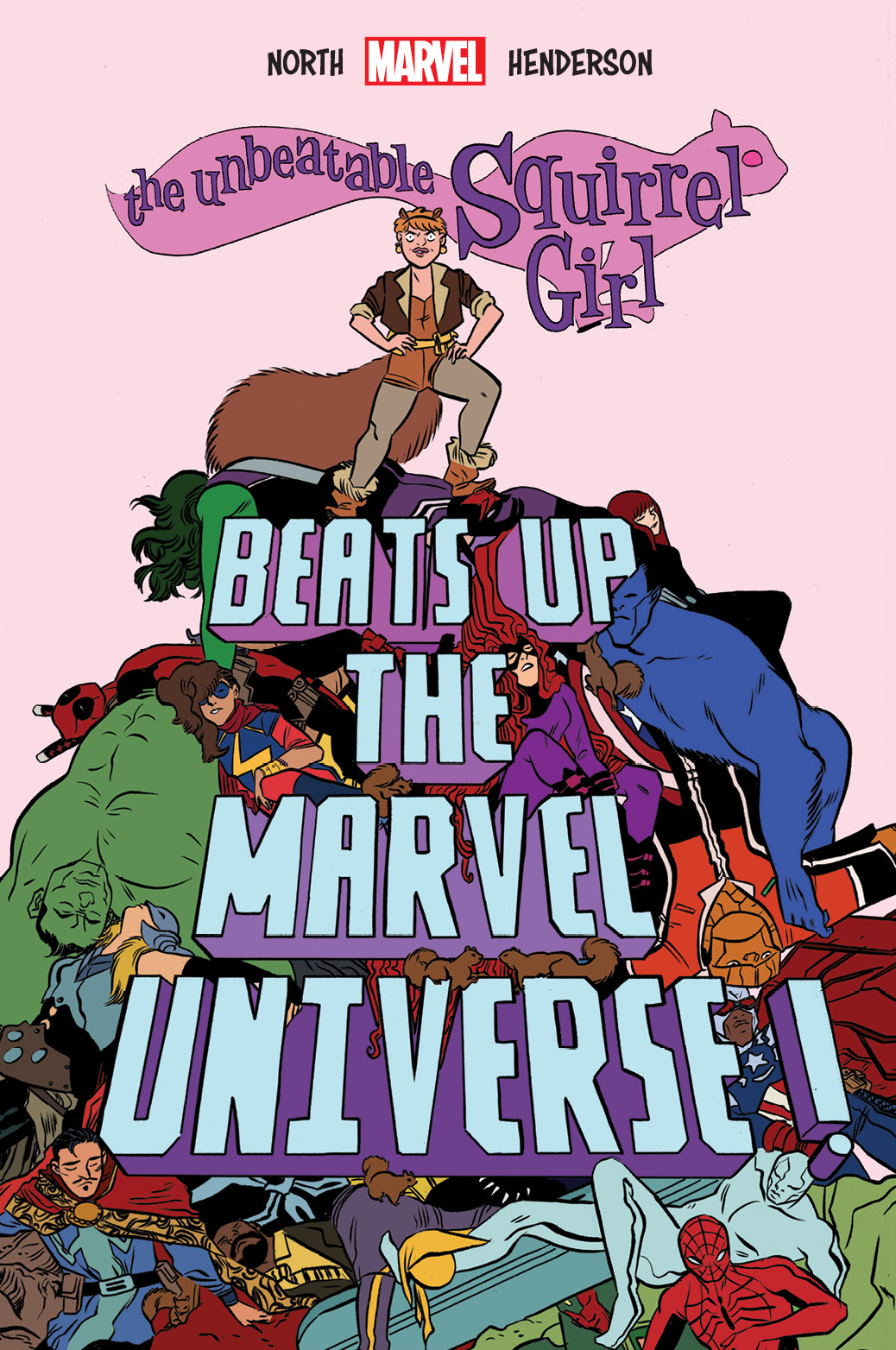 Eats nuts, kicks butts! Proof that we’re living in the best of all possible worlds – there’s a Squirrel Girl graphic novel and it’s available now! Read it! Enjoy it! Horde it away for the coming winter! Whatever you do, just don’t miss THE UNBEATABLE SQUIRREL GIRL BEATS UP THE MARVEL UNIVERSE OGN (Original Graphic Novel) – available now digitally and wherever books are sold!

The Eisner Nominated “Best New Series” brings you an all-new standalone adventure that’s great for die-hard fans and perfect for new readers! Fan-favorite creators Ryan North and Erica Henderson deliver a full-length graphic novel that shows the world just how unbeatable Squirrel Girl can be! Sure, she’s defeated Thanos, Galactus and even Doctor Doom (twice, but who’s counting). But now, she comes face-to-face with her most dangerous enemy yet – HERSELF! Specifically, an evil duplicate bent on defeating every hero in the Marvel Universe. What happens when two unbeatable super heroines clash? Find out here!

But first, a sampling of interior pages from inside the book’s interior!

It’s a book that is “crackling on every page” (Newsarama) and “more than a really fun and funny comic book” (School Library Journal) – and now it can be yours! Don’t miss THE UNBEATABLE SQUIRREL GIRL BEATS UP THE MARVEL UNIVERSE OGN, available now!