These are the 5 things that elbowed us in the basal ganglia (and sometimes in a good way) as we watched The Flash Season 3 Episode 3: “Magenta.” And, our observations are a little “spoilery,” so… if you’re catching this tonight, I would bookmark this article and join us tomorrow morning. Still with us? Good, we’re always glad to have ya’.

Magenta is a very different type of villain for the Barry Allen. She is driven by psychosis, not be hatred or greed, so that made this week’s conflict a very different sort of struggle. I really love how Barry has to use his heart and not his might to defeat the troubled metahuman. That’s not to say there isn’t plenty of superhero action. I mean, Flash and the newly christened Jesse Quick have to prevent a freaking giant boat from crashing into a skyscraper. The CW doesn’t usually go that big.

I’m assuming that Wally West will soon be gaining superhero speed via Doctor Alchemy. The Flash is going to have to be a bit careful not to overload the series with too many speedsters. After all, you just wouldn’t want Barry Allen playing second scarlet banana to a team of redundantly fast heroes. That being said, Jesse Quick is just easy to get behind, huh? She’s just so damned earnest, and because the show has really made viewers care about Harry Wells, there is a strong emotional entry point into the character. I just kind of wish her super-suit looked more like the classic Johnny/Jesse Quick design than another Flash derivative, but that’s just the ramblings of a comic nerd.

The opening two episodes of this season of The Flash, were pretty darn depressing. We’re not talking ‘act two of a Zack Snyder DC film’ dire, but there were more frowns than smiles so far on The CW. It has all been appropriate because after all, the Flashpoint stuff was pretty intense and personal, but this week, the joy and the hope of the series returns in a big bad way. That’s a funny thing to say when the villain of the week is an abused, super-powered young girl that suffers from multiple personality disorder, but the fact that Team Flash works together to defeat Magenta without actually hurting her is a real nice touch that makes all the characters seem so darn heroic. And isn’t that what this series is all about?

Boy, this series is making us earn Kid Flash, huh? We got a brief taste of Wally as a speedster in the Flashpoint universe, but his desire to become a hero is like a meta reflection of all the Flash fans that have been dying to see a Kid Flash suit up since episode one, season one. Wally’s frustration and desire to help others is palpable and is some really excellent character work. When Kid Flash does finally appear, it will be glorious.

5. There’s Going to Be Quidditch, Right?

Tom Felton’s Julian Dorn is just the perfect foil for Barry Allen, isn’t he? Where Barry is able to subdue Magenta with heart and understanding, Dorn confronts the frightened young girl and goes right for her vulnerable jugular. Dorn seems embittered against metahumans and many are predicting that he will turn out to be Doctor Alchemy, but I think that’s all a little too obvious (I’m guessing Cisco’s brother is under Alchemy’s mask). But whatever the case, Dorn has been making the workplace drama a bit more fun so far this season. 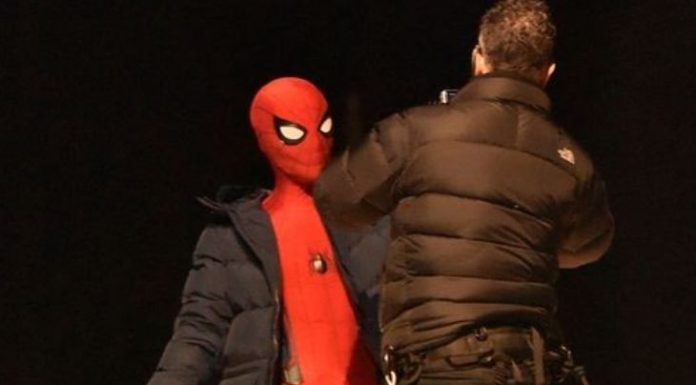 Deadpool (and other heroes) Are Taking Over the Super Bowl