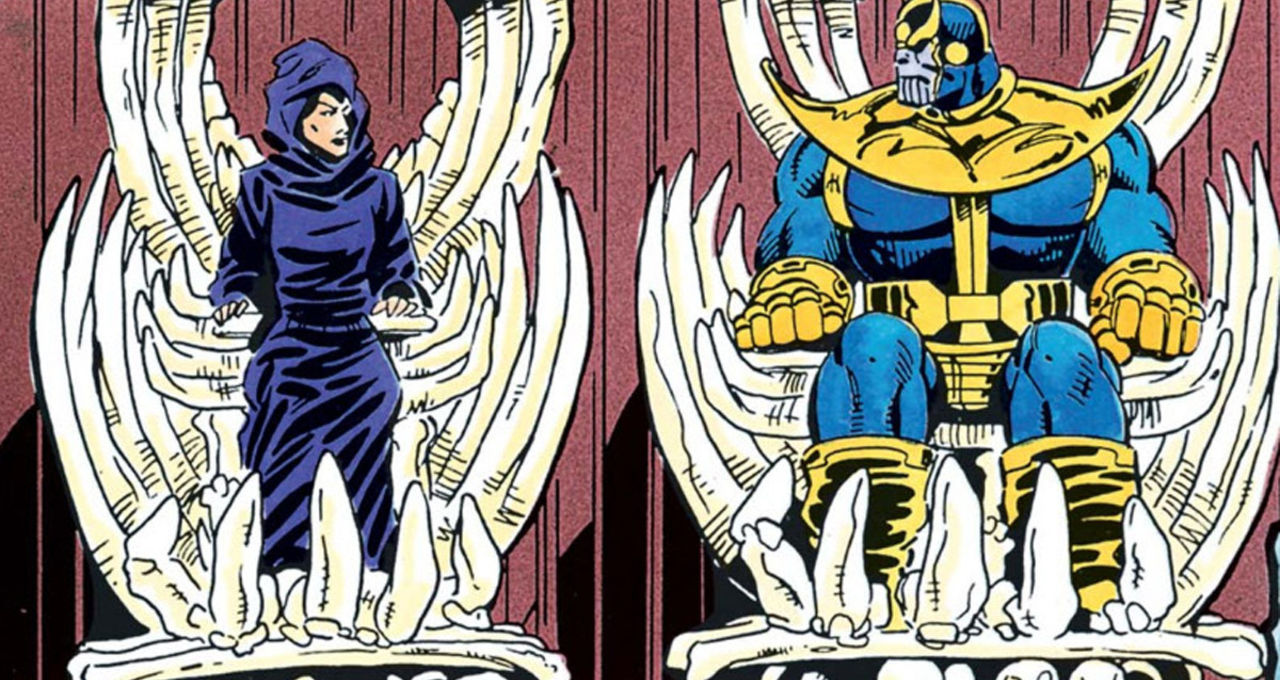 The Mad Titan is one of the biggest baddies in Marvel Comics, and was even made to be THE villain of all villains in the Marvel Cinematic Universe. While he’s not exactly vying for the title of Role Model Of The Year, Thanos does have his own so-called humanity, which is exactly what makes him such a compelling character. No villain ever really thinks of himself as a villain, and his own motivations for doing what he does gives him depth as a three-dimensional character who isn’t just evil for evil’s sake. 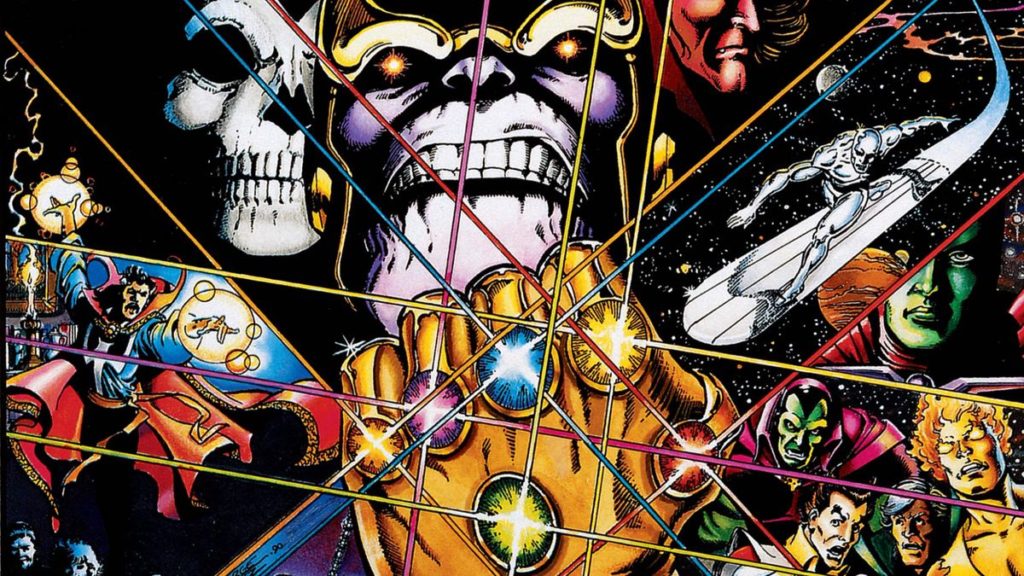 In the movies, Thanos sticks to his ideology that ridding the universe of half of its population is the only way to save life as we know it. It’s a positively ghastly concept, and it’s almost like justifying genocide for the greater good of all existence. But as horrifying as it sounds, it has its roots in history – it can actually be easily likened to the Malthusian Model.

According to English cleric and scholar Thomas Malthus in his work, An Essay on the Principle of Population, as the population of the human race continues to grow exponentially, soon, there won’t be enough food supply to sustain everyone. In order to prevent disease, famine, and widespread poverty, the solution was to keep the population under control. He theorized that Positive Checks (or Natural Checks) and Preventative Checks should be able to do the trick in order to make population growth more sustainable. Natural checks include natural disasters like earthquakes and floods that would correct the course of history, while preventative checks include family planning and celibacy.

Now, if a scholar could propose something like this, then it certainly doesn’t seem too out of left field for Thanos to think along the same lines – but the Mad Titan isn’t called “mad” for nothing. Mass killings certainly don’t equate to “population control”, and just like the Malthusian Model, one of the biggest flaws that this mentality fails to address is the fact that advancements in human technology and population growth have actually led to better technologies that can help increase manufacturing of food and food supply efficiency.

His penchant for personal family planning aside, Thanos also has another motivation in the comics that the movies didn’t touch upon: his love for Death, literally. Thanos is actually in love with Death herself, and he goes on his killing rampages because, basically, he wants to impress her. 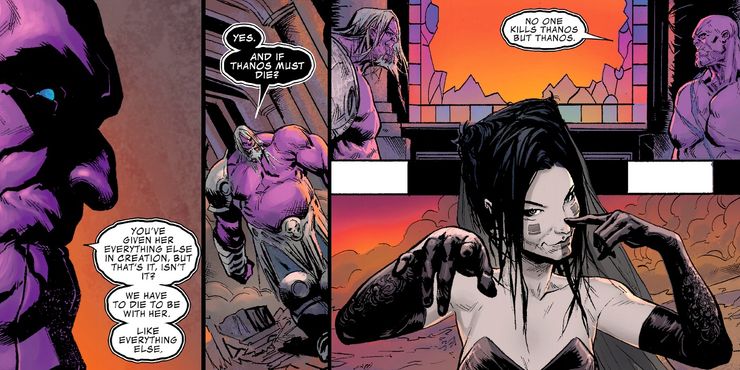 The Infinity Gauntlet and all the murders are supposedly a love letter to Mistress Death, who, after everything Thanos has destroyed, still doesn’t give him the time of day. She basically manipulates Thanos like a toy, throwing him a bone when she feels like it and then discarding him so that he yearns for her approval all the more. Thanos Quest portrays this twisted relationship perfectly – after Thanos murders the original bearers of the Infinity Gems, Death offers Thanos a throne at her side, but still refuses to speak directly to him. This slap in the face drives him nuts, so he leaves, determined to keep finding more ways he can impress her to win her heart.

It’s pretty sick and twisted, but the heart wants what it wants. Who hasn’t gone through great lengths for love? Thanos, even with all that power and strength, fails to triumph over his own heart. How human is that? Of course, none of this is to justify his actions – he’s totally certifiable. But it kind of adds another layer of depth to him, doesn’t it?

Do YOU think Thanos is more human than he makes himself out to be? Is the Mad Titan simply a heartsick puppy who just wants a little love? Sound off in the comments below!