Home COMICS The Unstoppable Wasp #1 Review: The Buzz Is Real 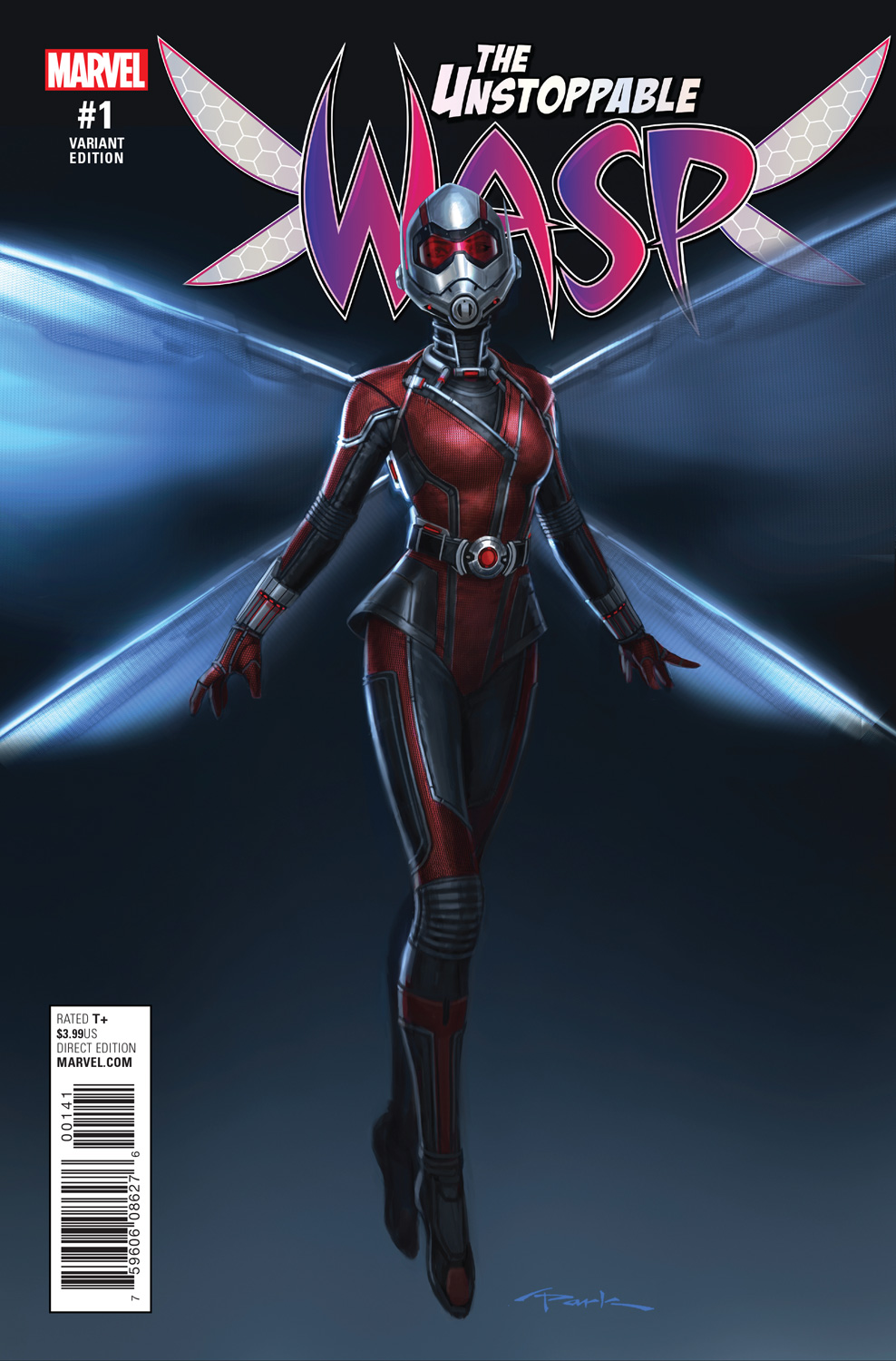 Gang, our Unstoppable Wasp #1 review is a little SPOILER-Y, so…check back with us after you’ve read the issue. Oh? Still here? Thank you!

You want to read a fun comic? Do you need a comic to give a young person to start their comic reading obsession? Well, here’s that comic.

The Unstoppable Wasp #1 is one of those all-ages comics that have been so rare these past few decades. The first issue of the new Wasp regular series is appropriate, but not limited to, young people. In fact, parts of The Unstoppable Wasp #1 are a deep dive into Marvel history. You can almost look at this book as Tales to Astonish: The Next Generation because as readers of Mark Waid’s Avengers already know, this new Wasp is the daughter of Hank Pym and Pym’s deceased, Hungarian first wife. Now, The Unstoppable Wasp is a second generation hero, and one that should be around for a very long time judging by the first issue of this exciting new series.

Writer Jeremy Whitley seamlessly weaves the origins of Nadia, the new Wasp, into a first issue adventure that she shares with Ms. Marvel and Mockingbird. In fact, The Unstoppable Wasp #1 shares tone and pacing with Ms. Marvel and the late, lamented Mockingbird, and readers of both of those titles should enjoy the heck out of this debut issue. The only problem with The Unstoppable Wasp #1 is that Whitley makes Nadia too perfect. We’re not talking Mary Sue here — the comic is too well crafted to have to live with that accusation–  but there isn’t that famous Marvel flaw that grounds the hero. The book isn’t like Unbeatable Squirrel Girl where the energy and purpose of the title is based on exaggeration and farce; The Unstoppable Wasp #1 is more of a straightforward superhero title so there needs to be a deeper dimension to the lead character.

But that’s a quibble that doesn’t prevent The Unstoppable Wasp #1 from being Marvel’s most fun debut in years. You will love Nadia. She is a wide-eyed innocent trying to navigate her way through her new country. She is trying to gain citizenship in the United States so immigration is covered, but Whitley does not use the US Immigration office as bad guys or shine a negative light on Nadia’s experience. It’s just used as a background to the character as she discovers the wonders of America. Some sites would like to sell you the fact that this comic is filled with left-wing social justice messages. It really isn’t. Yeah there’s tons of diversity, but at the end of a very fun day, this comic is a joyful and breezy superhero comic with a new lead character that should make the Marvel Universe a brighter place.