Home COMICS What I Want to See in ‘Marvel Legacy’ 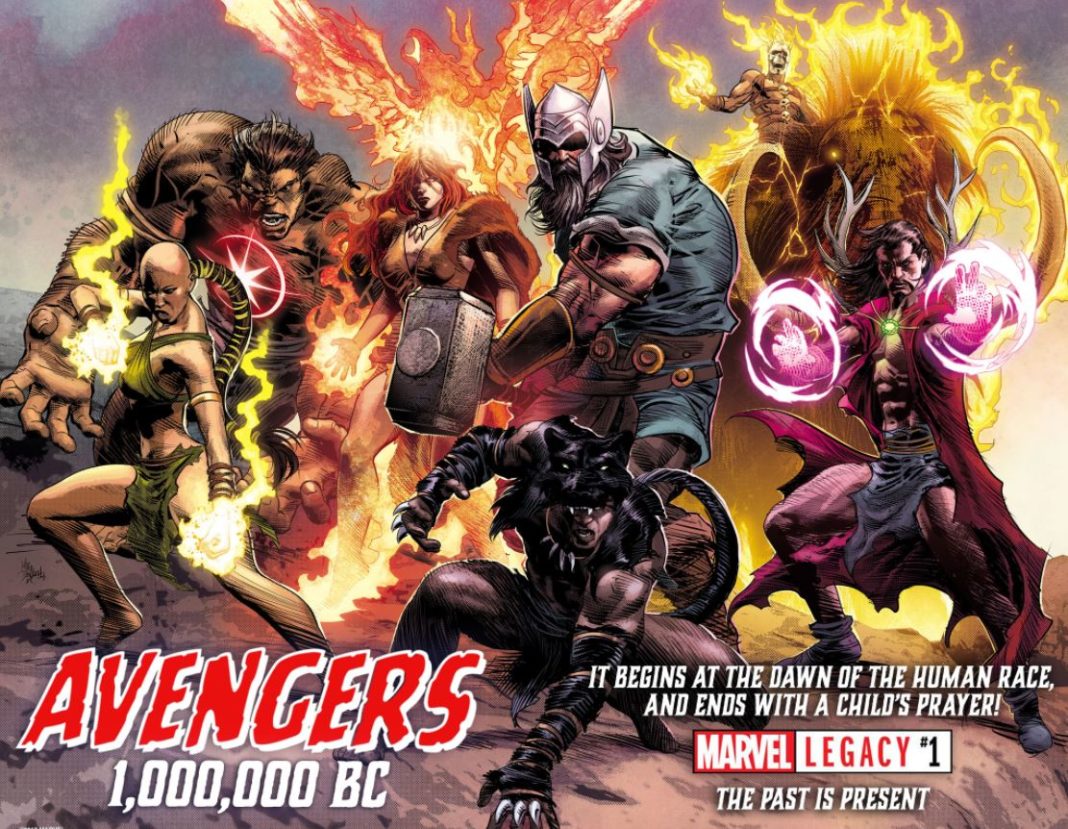 Now that Secret Empire has come to a conclusion, Marvel is steamrolling ahead into the next era, exiting “Marvel Now” and heading into “Marvel Legacy”. We have been told it will be a “back to basics” approach for Marvel — heroes fans knew and grew up will regain the spotlight, and books will return to their original numbering. I can’t help but think someone high up at Marvel read a certain article by me suggesting those very things.

Even though some details about the upcoming series launching the “Legacy” era have been revealed, a few things remain a mystery. Here are some of the things I would really like to see in the Marvel Legacy era.

For a long time now, Marvel’s merry mutants have been split into countless teams. In the 90s, we had Uncanny X-Men, X-Men, X-Treme X-Men, X-Force, X-Factor and Mutant X. For the past five years, we had The Amazing X-Men, and The All-New All-Different X-Men, as well as X-Men Gold and X-Men Blue. Even though the last two titles mentioned are still continuing in Marvel Legacy, I would like to see one single X-Men team.

For too long, Marvel has really stretched the X-brand too thin, giving everybody and their cousin a team. The X-Men were best when there was one single team taking on the Brotherhood of Evil Mutants. Sure, New Mutants had a different lineup when it debuted, but they didn’t call themselves the X-Men. Give the name to one team, not three.

Hand in hand with my last point, it seems like Marvel is featuring several titles for the same character. Spider-Man is in at least three titles, I can’t count how many Avengers teams there are, and…how many books does Deadpool appear in?? I’d love it if Marvel consolidated their library and cut the fat. Flooding the market is never good and creates fatigue with characters. Quality over quantity should be the motto at the House of Ideas.

One thing DC did much better this decade, compared to Marvel, was variant covers. As mentioned in another article I wrote, DC had fun variants during their New 52 era. Marvel has those special variant covers for the first month of the Marvel Legacy launch based on old t-shirt designs. That is a step in the right direction.

I’d love it if they did something like that every month, like make something like Walt Disney World variant covers, with Deadpool attacking the animatronics in the Pirates of the Caribbean, or maybe Bruce Banner Hulking out when Fast Passes to Test Track run out. There is an untapped market in for fun Marvel variants.

Cooling it with Events

One of the biggest sins from Marvel this decade was every single year there was an event miniseries. Every year, an unstoppable force that made all the heroes team up and save Earth. It got exhausting after a while. There aren’t that many intergalactic threats. Maybe let the Marvel Universe simmer for a while before heating things up again. These heroes have been through a lot. Give them a break. Let them get established again.

We get that comics should reflect the times they live in, but readers get the books to get away from their problems. In the past few years, Marvel titles seemed too heavy-handed with their politics. I’m not saying there’s anything wrong with comic talent having opinions, but with all the non-stop bad news getting reported to us 24/7, us readers could use a break. Why remind us of the troubles that plague the world when we are trying to get away from them? Please, Marvel, make your comics a form of escapist entertainment again. I felt like I needed Prozac after reading some issues of Secret Empire.

Those are my wishes for Marvel Legacy. What do you want to happen? Let me know in the comment section below!