Home COMICS Here’s What We Know So Far About ‘LOGAN’ 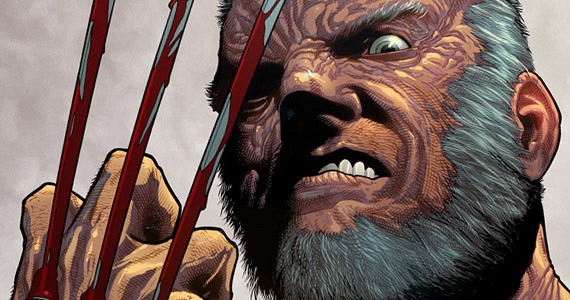 For Twitter users, it all started with a simple tweet on October 5th from Hugh Jackman. X-Men fans knew that there was going to be another Wolverine movie that would begin filming after X-Men: Apocalypse. Commonly referred to as “Wolverine 3,” it was the actor himself who posted the following tweet and cemented his final performance as the mutant in Logan.

There were also speculations as to what the plot would entail for this movie. Hugh Jackman himself has stated that he would portray the character “until he died.” The story will be loosely based around the comic book titled Old Man Logan, which is based on an older, despondent Wolverine traveling across a post-apocalyptic wasteland. Even in the poster, you can see Wolverine’s hand is worn and old, grasped by a tiny, more delicate hand.

According to The Wrap, that tiny hand belongs to actress Sienna Novikov (or Ryan Reynolds), who will be playing “Laura” aka Mutant X-23. Loosely based on the comics (“Old Man Logan” and perhaps “The Death of Wolverine”), the movie will take place in the year 2024 with Wolverine and Professor X (portrayed by Patrick Stewart) coping with the loss of the X-Men.

Another fact about this movie is that it will be rated R. Not that Deadpool was the first superhero movie to come out with this rating, but it was the first one to come out in our current era of superhero movie mania and has set the trend for many fanboys and girls asking for films to be more adult. With the success of Deadpool, it seems Logan will be following suit (parents, make sure you know this before bringing your children to the theater).

It should be noted that despite having previously been confirmed (and even still up on Logan’s wikipedia page), the character Mr. Sinister will NOT be appearing in this movie. Producer Simon Kinberg had hinted at the villain’s involvement, and it looked like X–Men: Apocalypse set up a Mr. Sinister appearance, but it has been announced that this is just not the case anymore.

Though Mr. Sinister will not be making an appearance in Logan, we are getting Donald Pierce. Now, if you are someone who is simply a movie goer and not a comic book reader, you might be asking yourself, “Who’s Donald Pierce”? Donald Pierce is a cyborg (cool, huh?) who was formally part of the Hellfire Club’s Inner Circle, which we saw in X-Men: First Class. I mostly bring this up because, come on, Kevin Bacon was a mutant.

With the addition of Pierce, this means we are probably getting the Reavers. Who are…you guessed it, a thuggish gang of cyborgs! Being that the movie takes place in the future, I suppose cyborgs will give it more of a cybernetic, futuristic vibe. You know, despite the fact that 2024 is only 8 years away… 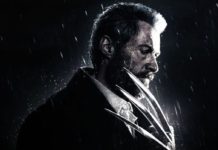