Home COMICS Biographies Who in the World Is X-23? Five Facts About Wolverine’s Feral, Female... 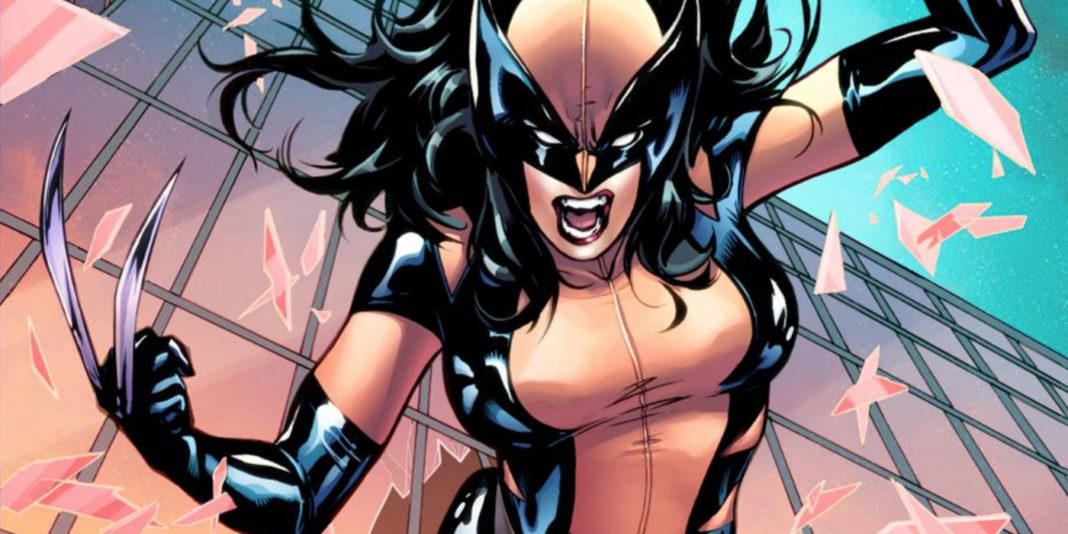 Because the final trailer for Logan has the whole comic book world buzzing, here’s a quick lowdown on that scrawny kid with anger management issues. Played by breakout star Dafne Keen, X-23 will be brought to life on the big screen for the first time ever—although she’s already been hinted at during the post-credits scene of X-Men: Apocalypse. X-23, a.k.a. Laura Kinney, is supposedly the result of Essex Corporation’s experiments in the film, but her history differs a bit in the comics. Because of this, and because we long to educate the uninitiated, here’s everything you need to know about Wolverine’s female replacement.

The animated series X-Men: Evo was the first stage for X-23, as her character became part of the main comic canon later on in 2004.

Because Wolverine is such a hot commodity in the evil scientist community, everyone’s clamoring to clone him—but  when Martin Sutter recruited mutant geneticist Sarah Kinney, they finally succeeded in cloning the ultimate weapon (after failing 22 times in the past, hence X-23’s unfortunate name). By the time the experiment actually succeeded, Logan’s DNA was damaged to the point where they couldn’t save the Y chromosome, so they opted to just duplicate the X chromosome and create a female clone embryo.

X-23 has the accelerated healing factor and the retractable claws as well, but while Wolverine’s entire skeleton is coated in adamantium, Laura’s claws are the only parts layered in the indestructible metal.

She has two claws on each hand and one claw on each foot, which may be cool when you’re kickboxing and have a particularly annoying sparring partner, but not so cool when you’re constantly punching holes in your beloved shoes in the process.

One of the biggest defining characteristics of Wolverine is his rocky past, and true to her mentor-slash-father, X-23 had it just as rough. She once had her claws removed, laced with adamantium, and then reinserted back again without any anesthetic. And, to talk about tragedy, she unknowingly killed the woman she considered her mother. When X-23’s trigger scent was activated, causing her to go berserk, she accidentally murdered her so-called creator, Dr. Sarah Kinney, destroying anything resembling a family.

However, not all hope was lost for young Laura as she eventually got recruited into the X-Men’s X-Force as a lethal assassin and an excellent tracker. Wolverine was pretty much her mentor and the father figure, which is probably what we’ll be seeing more of in the Logan movie. She even briefly joined the Avengers Academy after some time.

As with any sorta-sidekicks, they all eventually take on the mantle of their mentors and carry on the so-called family business. When Logan finally died in Death of Wolverine, Laura decided to honor his memory by donning the classic Wolverine costume to continue his legacy as the new Wolverine. Logan’s bad guys may be wondering why their nemesis is parading around as a gender-swapped superhero nowadays, but it’s definitely a welcome change.

Perhaps the purpose of the final Logan film is to pave the way for his official replacement, X-23. Her journey has just begun, and admittedly, we want to see it continue.