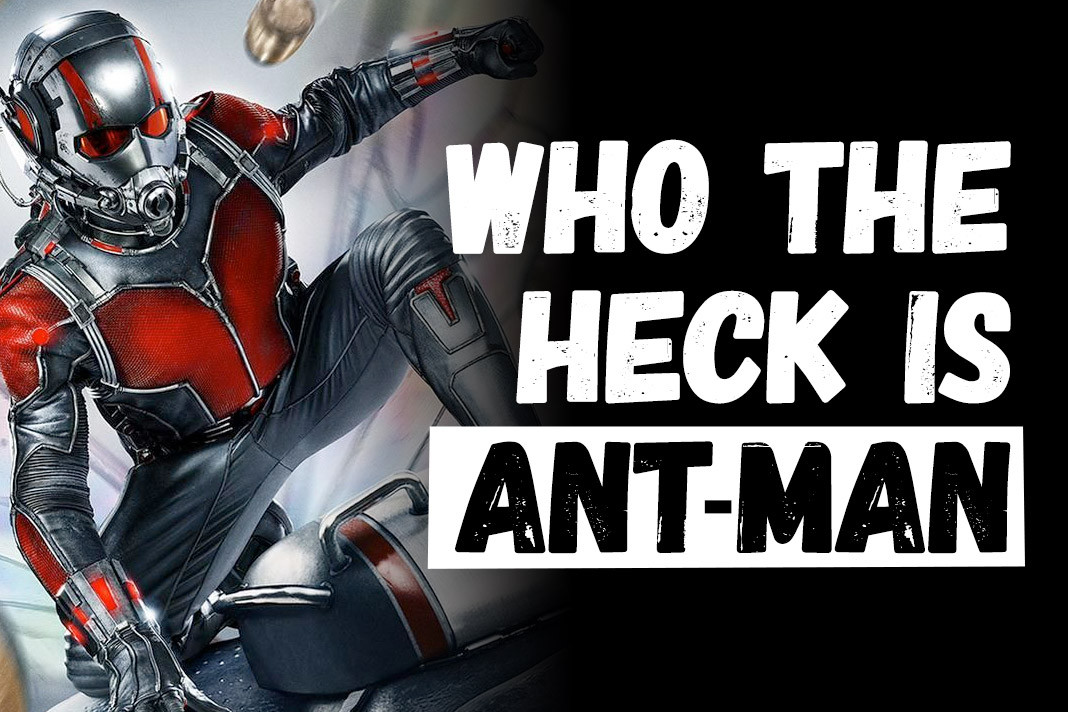 Behold, the Ant-Man(s)! No, he wasn’t a character in that movie staring shrinking children but rather a series of heroes within the Marvel Universes that can control their size, strength, and can telepathically control ants! Before you make any sort of scoffing noise know this; there have been times where an Ant-Man has single handily defeated the Avengers and that’s nothing to laugh at. Now, who were and are the Ant-Men of Marvel?

The first hero to don the namesake of Ant-Man, created by Stan Lee and Jack Kirby, was known as Hank Pym and his discovery of miraculous Pym Particles granted a plethora of powers now associated with the Ant-Man skill-set. By controlling his size and mass, Hank Pym was able to stand toe to toe with giants or shoulder to shoulder with insects. This unique ability allowed Ant-Man to stealthily infiltrate or unleash devastation at will.

Dr. Henry Christopher ‘Hank’ Pym was born to a normal family in Nebraska where the only person to truly encourage his scientific aptitude and imagination was his grandmother. Developing into a brilliant biochemist, Hank enjoyed the simple life with his then current wife Maria Trovaya until she was brutally murdered on a trip to Hungary. Utterly devastated, Hank suffered a psychotic break which motivated him to then focus his intelligence towards battle inhumanity and injustice. Hank’s new resolve then lead them to discover a special set of particles that could alter the mass and size of an object and lo and behold Pym Particles were born. Huzzah! 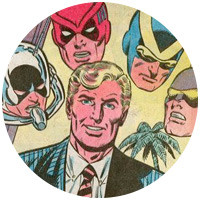 Refining his Pym Particles into two different size altering solutions, one for growth and one for shrinking, Hank Pym decided to test out his powers by entering a nearby ant-hill. This was Hank’s first comic book appearance in Tales to Astonish #27 from January 1962. Unfortunately for Hank, the incursion proved less than fruitful because the ants and bees decided that Hank was more or less a foodstuff and not the hero that he become. Further traumatized, Hank decided that his formula could be used for nefarious purposes and destroyed his size-altering aerosol.

Pondering the course of his actions with Pym Particles and the ant-hill experience, Hank Pym decides to both study ants and recreate his formula. Creating a cybernetic helmet that allows one to communicate with ants and control the flow of size-alteration mixtures, Hank Pym then finally donned the likeness which is best known for…Ant-Man! Preferring to patrol the streets to waiting to react, Hank Pym quickly earned the ire of several street level criminals and much more powerful villains such as Egghead. However, things wouldn’t always go so smooth for Hank…

During the start of the costumed Hank Pym’s career he quickly realized that he would need an ally. Janet Van Dyne, the daughter of a prominent murdered scientist, wished to avenge her father by punishing the alien that killed him. Granting Janet a dosage of Pym Particles and grafting on wings that appear when she shrinks down to below four feet, Janet became ‘The Wasp’ and prominent partner of Ant-Man!

Responding to a distress call reporting a rampaging Hulk, Ant-Man and the Wasp arrived to encounter Iron Man and Thor. This serendipitous meeting of the heroes would form the foundation for what would later become, ‘The Avengers’ which was the name suggested by Janet Van Dyne herself! This creation of a super-powered team though took its toll on the fragile Hank Pym who began to feel outmatched by the likes of Iron Man and Thor. Creating an alternate costume and identity, Ant-Man then became Giant-Man, the first of several persona changes for Hank.

After a stint as Giant-Man, Pym then became a new character ‘Goliath’ focusing on his ability to grow. During this time, he also 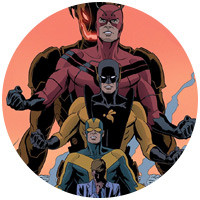 created a robot based off of his own brain engrams named Ultron. Continuing with a string of bad luck, Ultron gained sentience and brainwashed poor Hank Pym of Ultron’s very own existence or Pym’s part in his creation. Ultron would become one of the strongest villains to face the Avengers, much to the chagrin of Pym.

Accidentally inhaling chemicals that induce schizophrenia is never a good idea and Pym decided to once again shift from Goliath to a slightly more erratic character, ‘Yellowjacket’. Yellowjacket was arrogant, head-strong, and crazy…he claimed to the Avengers that he had killed Hank Pym! Somehow though Janet saw through his veil of madness and knew that he was somehow still Hank Pym. On that pretense, they decided to get married. Always a good idea to get hitched when somebody’s experiencing a dramatic shift in personality, right? Oh, good ol’ comics!

Pym’s life has always been complicated and he has made several decisions he heavily regrets. His monstrous creation Ultron creating Jocasta and others, personality cycles, an unmentionable strike, and continued breakdowns made his fellow Avenger’s question his resolve or his ability to be a hero. Through all of the twists and turns though Hank Pym eventually recovered himself after several adventures trying not to be a hero and simply acting in a research role. Named ‘Scientist Supreme’ by the entity Eternity for his ability to make science ‘magic’, Hank Pym found new resolve and confidence and would later return to lead the Avengers.

However the Ant-Man persona would not retire with Hank Pym. First appearing in an issue of the Avengers in 1979 and created by David Michelinie / John Byrne, Scott Lang was a down-on-his-luck electronics expert that had to turn to burglary in order to provide for his family. Unfortunately for him, Scott Lang was better at electronics than thievery and was arrested for a botched robbery. Released from jail early for good behavior and in a twist of fate was hired by Stark International. 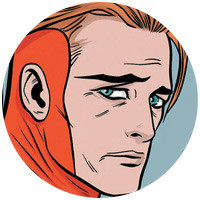 This sudden turn of luck took a nasty turn however as Scott was crushed to learn that his daughter Cassie was suffering from an extremely rare heart condition. The only doctor able to cure his daughter, Dr. Erica Sondheim, was being held by the tyrannical Daniel Cross. Scott Lang decided to do something desperate. Determined to save his daughter, Scott Lang learned of and was able to steal Hank Pym’s Ant-Man armor. Equipped in Pym’s gear, Scott Lang was able to rescue the doctor and save his daughter. Impressed, Hank Pym gave his blessing for Scott Lang to become the new Ant-Man and Scott’s daughter would herself grow up to become the size changing hero Stature.

Scott Lang would use the Ant-Man suit in aiding such Marvel groups as the Fantastic Four and the Heroes for Hire before finally joining the Avengers like his namesake before him. Resourceful and intelligent, Lang would help protect the Earth for many years and in typical comic book fashion, suffered a death and rebirth at the hands of the Scarlet Witch(Wanda Maximoff). During his ‘death’, the Ant-Man helmet found itself in possession of Amadeus Cho who would use it under Cassie’s watchful eye. Resurrected later by the same force that killed him, Scott Lang would become instrumental in the Future Foundation and was chosen as a potential replacement for Nick Fury, the ‘Defender of Earth’. 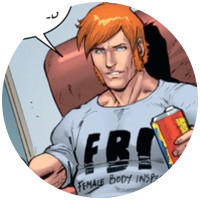 In the comic series The Irredeemable Ant-Man we are introduced to Eric O’Grady, a low-ranking agent of SHIELD with very little in the way of morals and integrity. O’Grady steals an upgraded version of the Ant-Man suit from Hank Pym. Unlike Lang, he uses it for his own selfish pursuits like watching girls shower and stealing. The newest Ant-Man stumbles through some of the most major events in Marvel history like Civil War and World War Hulk while befriending Black Fox and Damage Control. After Civil War, O’Grady is recruited to become a part of The Initative and later Secret Avengers.

Ant-Man has been a cornerstone of Marvel Comics since his original inception and through several different incarnations. Their powers and their combined intellect prove that size does not matter!