Home COMICS Biographies Who Is Doctor Strange? Here Are 5 Facts You Should Know 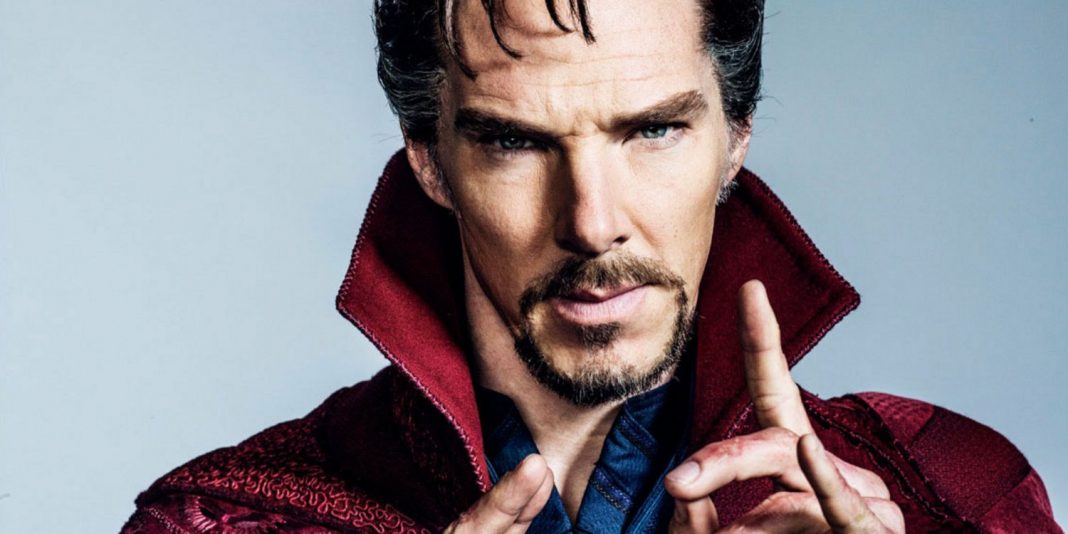 Before Benedict Cumberbatch graces our big screens with his Doctor Strange…ness, you might find yourself asking the following question: who is Doctor Strange?? Apart from the magnificent goatee, here are a few things you oughta’ know about Marvel’s Sorcerer Supreme before the movie comes out later this year.

Being the Sorcerer Supreme and all, Doctor Strange is “a practitioner of the mystic or magic arts who has greater skills than all others or commands a greater portion of the ambient magical energies than any other organism on a given world or dimension.” You really can’t beat that, plus he’s got a ton of magical artifacts that only enhance his already significant mystical abilities. There’s the Cloak of Levitation for flying, the Book of Vishanti that’s like an encyclopedia for knowledge of white magic, and the Eye of Agamotto to negate all kinds of evil magic. So every time there’s anything supernatural going on in the world, who you gonna call? (Nope, not the Ghostbusters.)

No, that title isn’t just like the rest of the posers who add “Doctor” to their superhero names to sound cool or to seem like menacing evil scientists hell-bent on world domination (in the case of super-villains). Stephen Strange, you see, was an actual physician before all the magical shenanigans. As a renowned neurosurgeon, he used to be a wealth-obsessed jerk until a car accident destroyed the one thing he used to get all that money—his hands. With his nerves damaged, he could no longer operate and he became desperate to get his “talents” back. Fate eventually brought him to the Himalayas to encounter The Ancient One, and after some life-changing drama, he was soon converted and became the hero we all wanted him to be.

The Batcave and the Fortress of Solitude ain’t got nothing on Doctor Strange’s bachelor pad.  The Sanctum Sanctorum in Greenwich Village is enchanted with some serious spells, and it’s here that things on the inside aren’t always what they seem on the outside. This base is where Doctor Strange conducts magical biz, and can be the perfect hideout for some stuff you might want to keep private—like when superheroes on the run during the Civil War event chose this place to take refuge in. Oh, and he’s got his very own version of Alfred, too—Wong is the highly formidable magical assistant/martial artist/brother/friend who helps Doctor Strange whenever he’s in a pinch.

A hero is only ever as good as his villain, right? Doctor Strange has his arch-nemesis in Baron Mordo, one of The Ancient One’s apprentices. When Mordo became power-hungry and turned to the Dark Side, he made an attempt to murder his mentor, prompting him to be number one on Strange’s mortal enemy list. Strange also made an enemy of The Ancient One’s lifelong foe Dormammu, the Dark Dimension’s leader.

Who would have thought that Namor the Sub-Mariner, Silver Surfer, and The Hulk would ever team up? They did, though, in the 70s, when Doctor Strange led The Defenders. He’s also part of the mysterious Illuminati, a group that’s secretly been pulling the strings during major events in the Marvel universe. The lineup includes Professor X, Mister Fantastic, and Iron Man himself. They’ve done quite a number of controversial stuff, like sending The Hulk into outer space during Planet Hulk/World War Hulk, as well as guarding the Infinity Stones during the Kree-Skrull war.

Could this be how Doctor Strange’s movie becomes integrated with the Avengers? Could he somehow be working with Tony towards the end or something? Guess we’ll just have to find out this November!