Home COMICS Biographies Who Is Guardians of the Galaxy Vol. 2’s Villainous Ayesha? 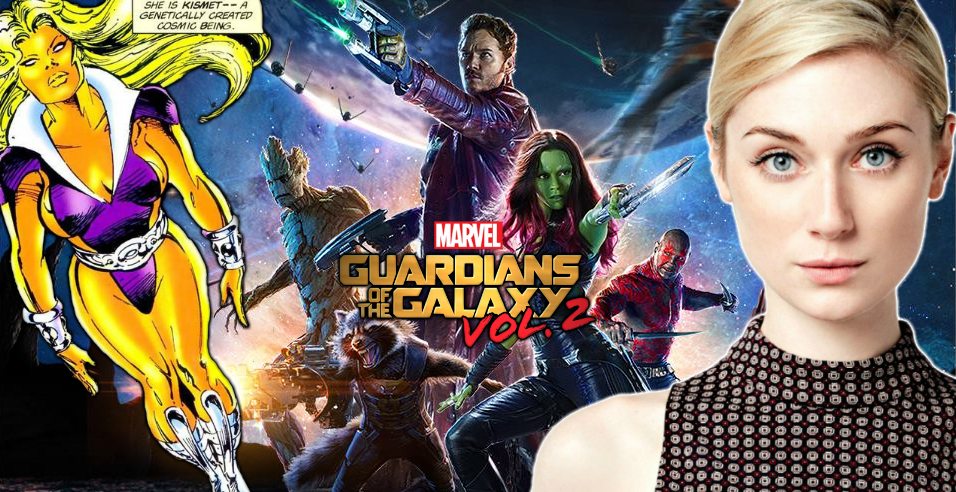 Two years ago, Marvel gave fans one of the best films ever made, Guardians of the Galaxy. Featuring a band of misfits from across the cosmos, the reluctant team combined their unique talents in an effort to save the galaxy. Why? Not for some heroic sense of duty. As team leader Star-Lord put it when asked why he would risk his life for the galaxy, he dryly stated, “Because I’m one of the idiots who lives in it.” Despite humorous remarks and moments such as these, and as if to poke fun at the idea of heroism, the team truly became a set heroes that audiences around the world adored.

Yet, it was not all thrilling battles, witty humor, great music, and dancing; one of the film’s most significant downfalls was its lackluster villain, Ronan. With a sequel on the horizon, critics, fans, and casual moviegoers alike find themselves wondering if the next villain, Ayesha, played by Elizabeth Debecki, will be an improvement over the underdeveloped howler monkey, Ronan. To answer this, The Source has conducted our own research into the character to find out just who the Guardians of the Galaxy Vol. 2 villain Ayesha is.

Origin of a Golden Girl:

In the comics, Ayesha — who has gone by many names, including Kismet, Paragon, Her, and even She Who Must Be Obeyed — was created by a group of scientists on Earth called the Enclave.

This was a second attempt by the Enclave to create an all-powerful being. The same scientists were also responsible for the creation of Adam Warlock, a hero Marvel fans have been begging to see on the big screen, and who plays a vital role in the original Infinity War storyline. However, when Ayesha — known then as Paragon — awoke, she battled the Hulk and destroyed the Enclave.

After this destructive series of events, Paragon incubated herself in a cocoon, much like Adam Warlock’s signature cocoons. When Paragon, who looked like a buff man, later emerged from the cocoon, she became her more familiar self: a literal golden blonde. As the female version of Warlock, she sought to find him and even bring him back from the dead at one point because she wanted a mate. After finding that she could not bring Adam Warlock back from the dead, she began to scout the galaxy for a worthy companion, which is how most of her time in Marvel comics is spent.

Unfortunately, this does not give us a lot to go on when considering her role in GOTG Vol. 2. Unless, of course, she wants to mate with Drax or Peter Quill. However, it does give us an idea of just how powerful she might be (since not too many can take on the Hulk), while also giving fans hope for an Adam Warlock appearance in Avengers: Infinity War.

Thankfully, Marvel Studios President, Kevin Feige, is here to save the day once again! In speaking to the press in at Atlanta, Feige clarified the role Ayesha and the other golden people seen in the GOTG Vol. 2 trailer will play.

Initially, Feige stated, “She’s [Ayesha] the one who hires the Ravagers to go after Quill because — and this is sort of a spoiler, so you should be a little careful about it — after the opening that I already described where they’re paid to protect these super-duper expensive batteries that run the entire Sovereign planet, they’re walking away, they’ve defeated the monster, they’re heading back to their ship, and Rocket reveals to Drax that he’s stolen like three of these batteries. Because they’re really expensive, and they’re not going to notice and ‘Who cares?'”

Feige went on to clarify this slightly confusing commentary, stating, “The Sovereign [gold people, including Ayesha] are kind of dicks anyway. They’re very pompous, and they’re gold and they’re easily offended, which we’re also told early in this sequence, and that there’s a very particular way you need to deal with them, and you need to speak with them and you need to be delicate, which is not easy for the Guardians, and certainly not easy when Rocket reveals that he’s snagged these things right out from under them, and that creates a bit of strife for them as the Sovereign end up chasing after them. Less because they want those three batteries back, but more because how dare they insult the great Sovereign people.”

So, it appears that Ayesha and her people are going after the Guardians for a lack of respect, as well as theft. Hopefully, since writer and director James Gunn regrets the lackluster use of Ronan, there will be a little more complexity to Ayesha than what appears to be the case in Feige’s comments.

What do you think? Does this sound like the villain you wanted for the Guardians sequel? Leave a comment below letting The Source know!

Be sure to catch Guardians of the Galaxy Vol. 2 in theaters May 5th, featuring Elizabeth Debecki as Ayesha!