If there is one movie that set the template for all comic book films, there is only one correct answer: Superman. Released in December of 1978, it blew audiences away with its thrilling special effects, great soundtrack, and stellar acting!

Superman was the second highest grossing film of 1978 and won a Special Achievement Academy Award for its visual effects. However, as important and groundbreaking as the film is, it seems to be missing an accolade: being in the National Film Registry. For readers overseas or not in the know, the National Film Registry is run by the US Library of Congress and preserves 25 selected films each year that are considered “culturally, historically, or aesthetically significant.” To be eligible, a movie has to be at least 10 years old and produced by an American film company. Some films in the registry include Star Wars, Back to the Future, The Lion King, The Big Lebowski, Dracula, The Matrix and Raiders of the Lost Ark.

It Has Amazing Visual Effects for Its Time 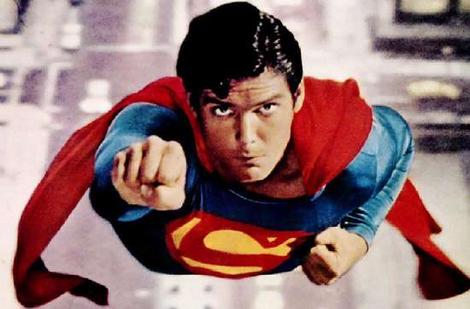 The tagline for the movie is “You will believe a man can fly.” It is obvious how Christopher Reeve was held on strings in front of a projected screen. But you have to put yourself in the shoes of someone in 1978. Sure, Star Wars completely changed the game with their special effects the year before, but Superman did something nobody had seen before. Just watch the video below and you’ll see how much effort was put into making Superman’s flying ability come to life and look convincing.

Also, the set pieces are amazing. From the planet Krypton, to the Kryptonian Council building, to the Fortress Of Solitude; all of them are achievements on their own.

The Musical Score Is Iconic

Not only are the special effects outstanding, the score to the movie is spectacular. John Williams’ score to Superman is one of the most recognizable musical scores to any film, dare I say more recognizable than Star Wars, Raiders of the Lost Ark or Jaws. The theme song helped elevate the movie to another level. Every incarnation of Superman since this film has a theme that stems from Williams’ score.

Superman Is the First Movie to Treat Comic Characters Seriously

Despite what John Williams may have just said, Superman certainly treated the characters seriously. The Adventures of Superman was a serious take on the Man of Steel, but silly at times, and Batman, and even to a certain extent Wonder Woman, were campy takes on comic book characters. This movie treated comic book characters with the admiration and respect they deserve. Just listen to how Christopher Reeve approached Superman:

When Superman was released in theaters in 1978, it was drastically different from what you read in Superman, Action Comics, Superboy or Superman Family. In the comics, Krypton was more like the world of the Jetsons instead of this cold, isolated planet before it blew up. Clark Kent was a TV anchor for the WGBS Evening News, and he was Superboy before he became Superman!

All that changed in 1986 when John Byrne wrote the new origin of Superman after Crisis on Infinite Earths. Now, the origin closer resembled the 1978 film. Clark’s powers developed over time instead of having them all at once when his rocket ship landed in Smallville, KS.

When artist Gary Frank came on board Action Comics in 2007, he drew Superman and Clark Kent to look exactly like Christopher Reeve. He continued it in the mini-series Superman: Secret Origin…

…as well as the variant covers he drew for the current run of Action Comics.

Here is the link. All the steps are listed. Let them know you want the 1978 film Superman to be nominated into the National Film Registration. Feel free to nominate other movies you feel should be preserved for future generations so they won’t be lost.

The only way to be heard is to speak. Let your voice be heard! I mean, come on, if Tootsie is in the National Film Registry, certainly Superman deserves a spot. It is an amazing film, a veritable trailblazer, and it took special effects to a whole new level. If there is only one comic book film that needs to be preserved, it should be Superman.