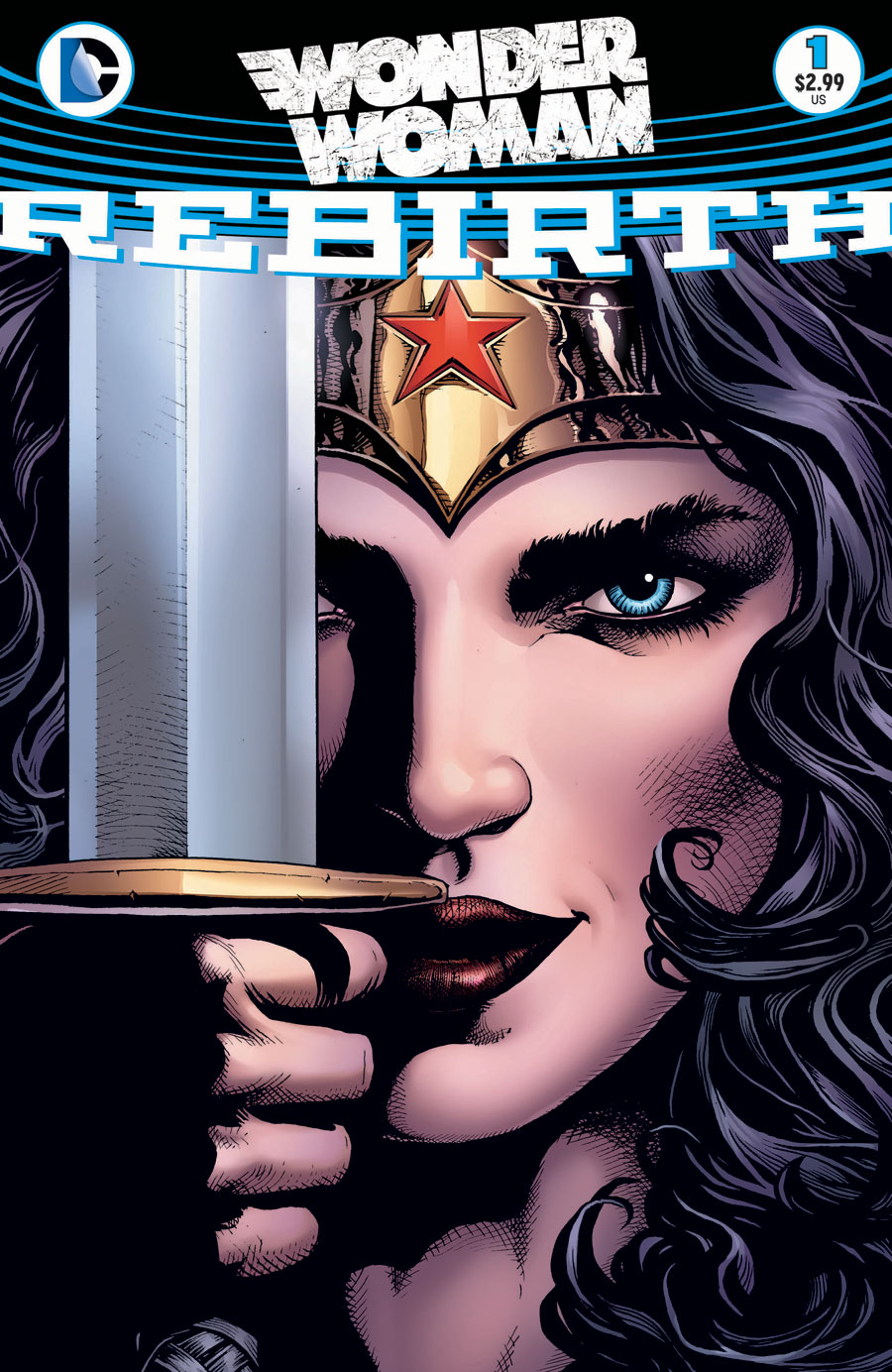 Check out Our Review [WITH SPOILERS] for Wonder Woman REBIRTH #1!

Most of the New 52 Wonder Woman published during the five years since the reboot was made up of Brian Azzarello’s thoughtful and often horrific dark myth-take on the character. The only problem was that the Wonder Woman that appeared elsewhere in the DC Universe, like Justice League and Superman/Wonder Woman for instance, was incongruous with Azzarello’s take on DC’s first lady. Lately, Wonder Woman’s solo title has been an inconsistent hodge-podge of ideas that again did not connect to the Wonder Woman running around the rest of the DCU.

Well, now one of the greatest writers in “WW” history is back as Greg Rucka has returned for Diana’s rebirth, and the first thing he does is clean up Wonder Woman’s messy continuity. If the New 52 was supposed to simplify DC’s history, it sure missed the mark with Wonder Woman and that’s exactly what Rucka is here to address. It’s hard to imagine things got so jumbled in just five years.

The best part about this book is Rucka’s note-perfect voice. He is a writer that understands Diana and her nuances. When he put words in her mouth and head, those words ring very true and are unique to her. It was that way almost ten years ago when Rucka last wrote the book and it’s that way now.

As Rucka tries to find the character once again, Diana is trying to find herself and figure out why her own history is so broken. There is some powerful imagery of Wonder Woman tying herself up with her own Lasso of Truth to find the path to her own origins. There is a melding of myths and superhero tradition to create something that just screams classic Wonder Woman. There is a “pantheon” of godly artists on this Rebirth issue and they all shine as Diana, the real Diana, focused and intense, bursts back onto the pages of a DC comic.

Wonder Woman Rebirth #1 is a perfect melding of hero and creator, with a bunch of talents that truly understand and care about the legend of Wonder Woman. And if you were lost by the narrative sloppiness of the New 52’s Wonder Woman, you will feel like you are coming home to an old friend because the one and only Diana is back. Thank you, Rucka and company.