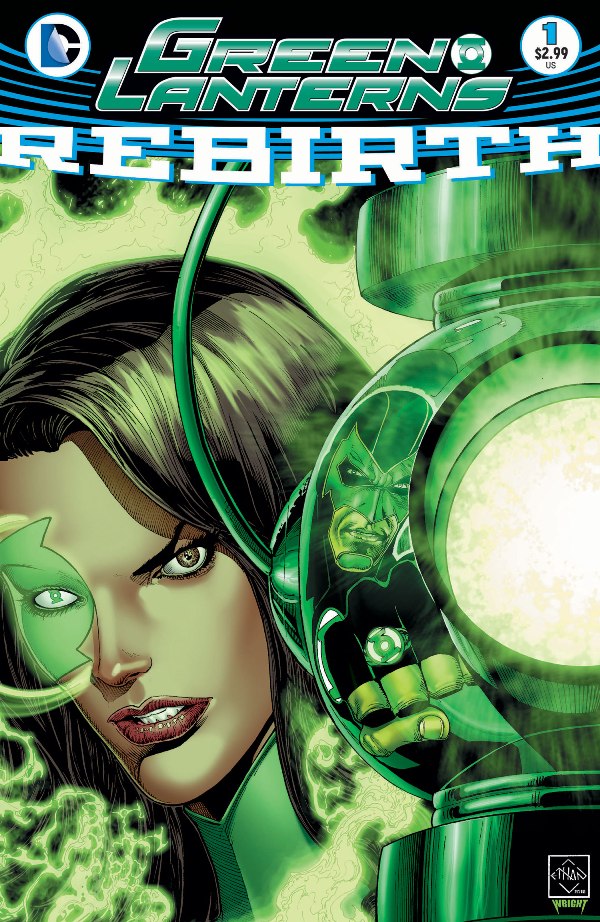 Look, you’re aware of DC REBIRTH right? The whole, “We’re returning to freaking greatness and honoring our legacy” attitude taken by DC as they relaunch their entire line under the REBIRTH banner starting this June? Yeah, you know what I’m talking about. Anyway, one such title making its return is Green Lanterns, and its resurgence is prompted by a DC REBIRTH one-shot landing in June. Green Lanterns writer Sam Humphries, known for such works as Avengers A.I., The Legendary Star-Lord and Fanboys vs. Zombies, sat down with our friends at DC Comics to talk about the collaborative experience, the plight of his characters (Simon Baz and Jessica Cruz), and various details related to the anticipated title. So, sit back and enjoy as writer Sam Humphries talks Green Lanterns and DC REBIRTH in the following, excerpted interview.

Apparently, Humphries described his Green Lanterns run as being comparable to “Lethal Weapon with alien technology.” He was asked for some elaboration.

At the same time, we’re bringing the entire Green Lantern mythos crashing down on their heads, and it all starts with the Red Lanterns. Bleez and Atrocitus have decided that Earth is crucial to the survival of the Red Lanterns, but the humans who live on it are not required. So it’s going to take all the courage that Jessica and Simon have to overcome their fear and protect Earth.”

“It’s been amazing. Geoff has been fantastic through the entire Rebirth process. He knows these characters better than anybody else. He has a knack for focusing on what’s important about the characters, the stakes, the story, an individual scene or line of dialog. Working with him has really been an education, and a really great honor. He hasn’t touched Green Lantern in three years, but he’s breaking that silence for us to work together. And we’re old friends, so it’s been a really special experience.”

Humphries was then asked how he felt about being a part of DC Comics.

“Oh, I feel amazing. It’s wonderful. It’s a great company with great creators, editors and characters. It’s such an amazing legacy. The opportunity here with Rebirth is so strong and so empowering, I really can’t wait for people to see the whole line. Not just my book, but the whole line.”

Ready for Green Lanterns?? I am, we are, and so is everyone else with even the slightest hint of a soul!