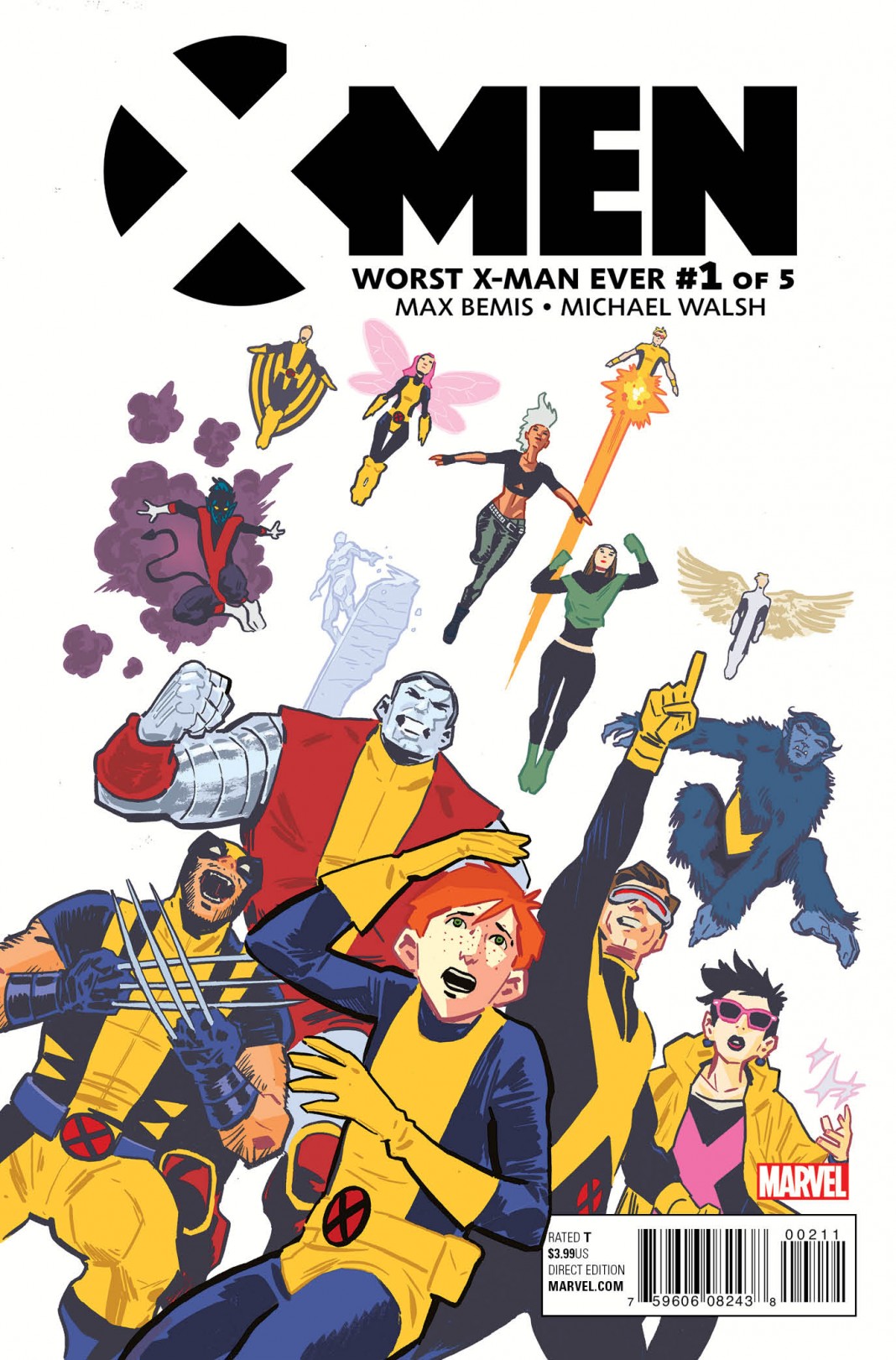 That’s a rather dubious title, don’t you think? Worst X-Man ever? Can we give that to Cyclops or something like that? I kid, I kid! I know how you Cyclops fans get. Joking aside, this brand new preview from Marvel focuses on a brand new X-Man and this time, I guess he’s really bad. How bad? Potentially, he’s the worst X-Man ever, but we won’t know the true depth of his disappointing abilities until January!

And Now for the Official Marvel Press Release!

An Outcast Among Outcasts in X-MEN: WORST X-MAN EVER #1!

New York, NY—December 01st, 2015 — This January, experience a tale of the misfit among the misfits. Today, Marvel is pleased to present your first look inside X-MEN: WORST X-MAN EVER #1, the new series written by Say Anything frontman Max Bemis (A+X) with artist Michael Walsh (Secret Avengers, Hank Johnson: Agent of Hydra)! Bailey Hoskins has just discovered he is a mutant. For someone who’s never been special, never stood out, discovering he’s “gifted” is truly a gift. And with that gift comes the most exciting opportunity of all – entry into the hallowed halls of Xavier’s School for Gifted Children and into the ranks of the world-famous X-Men! But unfortunately for him…he might just be the worst X-Man ever. Welcome to the X-Men, Bailey…hope you survive the experience! Debuting digitally this January, be there as Bailey embarks on his first journey into the center of the Marvel Universe in X-MEN: WORST X-MAN EVER #1!