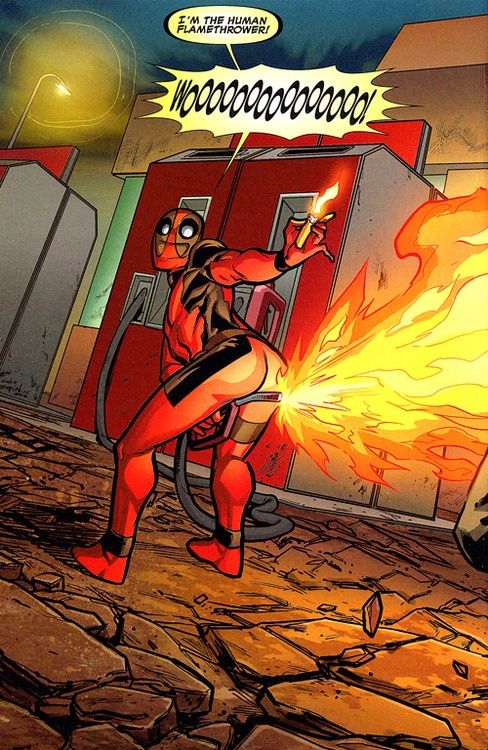 Oh, that Deadpool…always such a cheeky bugger! See what I did there? This brand new Deadpool poster shows off Ryan Reynolds and gives us yet another dose of what I’m sure will be a comedy-filled movie. What, you were expecting a docudrama? The Deadpool character himself constantly breaks the 4th Wall and drives his compatriots crazy…so Ryan Reynolds is probably the perfect guy to take on the prolific role of Marvel’s ‘Merc With a Mouth!’ So, without further ado…here is said brand new Deadpool poster! See why I kept saying ‘cheeky’? Plus, that’s just a fun word to use and I’m sure the ‘Regenerating Degenerate’ wouldn’t hold a grudge against me. If anything, I think I’m going to get extra credit for this! CHEEKY! CHEEKY! CHEEKY!

Deadpool is an upcoming American superhero film based on the Marvel Comics’ character of the same name. It is intended to be the eighth installment in the X-Men film series. The film is directed by Tim Miller, with a screenplay by Rhett Reese and Paul Wernick, and stars Ryan Reynolds, Morena Baccarin, Ed Skrein, T. J. Miller, Gina Carano, Brianna Hildebrand, Andre Tricoteux, and Leslie Uggams. In Deadpool, after being subjected to an experiment which leaves him with new abilities, Wade Wilson hunts down the man who nearly destroyed his life.