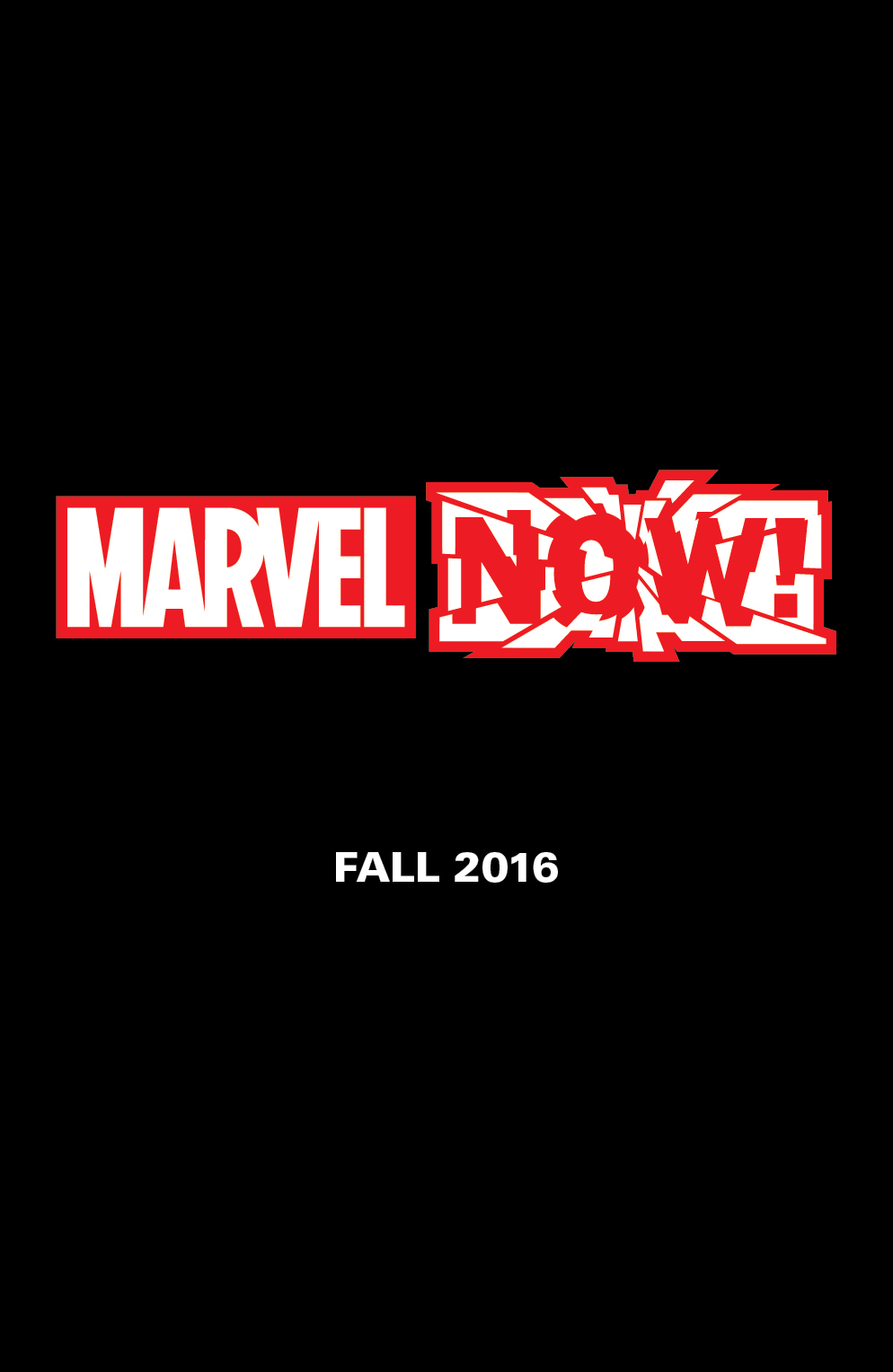 Remember when I told you all about the new “Marvel NOW” initiative? Yes, it seems Marvel is planning another soft reboot for the Fall of 2016. On July 13th, comic book shops (and therefore, you) will receive the Marvel NOW Previews magazine; it’s your first look at the noticeably modified Marvel Universe post-Civil War II! But today…today, I received yet another image (above) related to the aforementioned event. Accompanying the image was a line of text challenging us to consider a broader narrative scope.

“You Thought You Knew The Whole Story…”

Apparently, there’s more going on here than your average, run of the mill, Marvel NOW reboot. I mean, the title appears to be shattering so….look out for..uh..shattered continuity??

Yes, Marvel has been doing this a lot; they consider it their “seasonal” model in which new publishing initiatives are launched on an almost annual basis, leading to large-scale relaunches of various titles. In a recent interview, Marvel Executive Editor Tom Brevoort admitted that such a model is a product of current market trends; apparently, the consistent relaunching is needed to draw in new readers, and to keep Marvel’s titles fresh.

“It’s not a stunt,” Brevoort told our friends at Newsarama. “It’s a recognition of the fact that this is the world we live in now, because the demands on readers’ times and dollars are what they are. I’m convinced – utterly convinced – that virtually every comic book reader cannot afford to buy all the comics they’d like to be buying and reading. There are too many good books out there, across all publishers. The average fan just can’t afford everything. What that means is, readers are far more cutthroat these days than they might have been back in the day, in terms of axing any particular title from their pull list, if only because there are so many other delicious looking pieces of candy on the shelf that they might want to sample.”

Brevoort realizes that because of highly selective fans and endless competition, Marvel books have to be firing on all cylinders, or….some other metaphor having to do with machinery maintaining a consistent state of immaculate operation.

“What that means is, every book has to be working at peak performance level every single issue without fail, otherwise you’re put adrift. And even if you do everything right, to the best of your ability, if it’s not the right time, or the right story, or the right character, you can still lose readers. We’ve seen it time and time again that the stuff that sells the best, that people aggregate onto, is stuff that’s just starting. It’s an absolute rarity – not an impossibility, but a rarity – that a book starts out and its numbers grow over time.

That’s neither condemning or supporting that trend, it’s just a recognition of fact,” Brevoort continued. “The audience is much more cut throat in being ready to drop a book if it’s not doing it for them. That being the case, creative teams tend to burn through their material more quickly. There’s not a lot of patience for downtime issues, or a slow build anymore. You can have your great master plan where you slowly set your dominos and then in year two, you’re gonna wow everybody, but your book is gonna be dead in six issues, well before you get to that. People just don’t have the patience to wait a year and a half to get to the good stuff. You have to get to the good stuff immediately. And you have to all be good stuff. Every issue has to be giving readers what they want, or they start to move onto other stories.”

So, ready for Marvel NOW and the continuation of the seasonal, Marvel restructuring model?? AHHH!!!!!!!