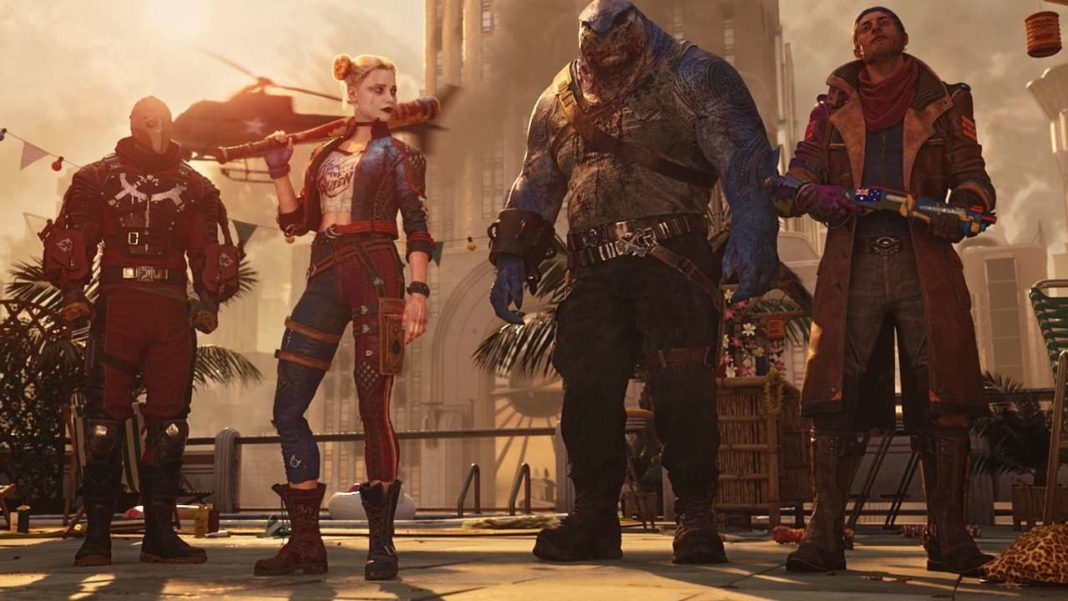 DC FanDome announced two new highly anticipated games over the weekend, and both trailers have our insides all tied up in knots. Here’s a recap of what we know about Suicide Squad: Kill the Justice League and Gotham Knights:

Completely separate from James Gunn’s Suicide Squad movie, the game focuses on Harley Quinn, Deadshot, King Shark, and Captain Boomerang as playable characters. The panel revealed that the game can be played in single-player mode, multiplayer, and co-op mode, because it really wants to emphasize how different it is from the previous Arkham games, albeit being a direct sequel to them. It also wants to make players feel like they are actually a Squad and not just a lone antihero moving through the city.

The story supposedly revolves around the Squad trying to stop a mind-controlled Supes, and it’s a little bit of a tired plot by now, to be honest. Still, we’re hoping the gameplay more than makes up for it through the fun factor.

Metropolis itself will be a “character” in the game, in that you can explore a vast open-world much like you could with Gotham City in Rocksteady’s previous games. Looking closely at the trailer, you can also spot a few Easter eggs here and there, like the Daily Planet billboard in the background, a S.T.A.R. Labs canister of some sort, and the LexCorp building looming in the distance. We also get a fleeting glimpse of Sundollar Coffee Shop and Blaze Comics—both related to Booster Gold—so it would be nice to see him make a cameo in the game, hopefully.

The game doesn’t come out until 2022, so we’ve got plenty of time to speculate and overthink things like we normally do.

WB Games Montreal also revealed their own take on the world of the Bat-family as they try to fill in the gap a supposedly dead Batman has left behind in Gotham City. This isn’t related at all to any of the Arkham games, so it doesn’t have anything to do with that enigmatic ending to Arkham Knight (where Batman also supposedly perished).

What’s pretty cool though is that players get to switch between Robin, Batgirl, Nightwing, and Red Hood, and the Court of Owls takes center stage as the big baddies on this one. While WB Games Montreal’s Arkham Origins in 2013 wasn’t exactly as well-received as Rocksteady’s Arkham trilogy, it’s still interesting to see how the devs will make this team-up their own this time around.

If it seems like having two team games coming out is redundant, don’t worry—Gotham Knights comes out in 2021, so there’s lots of time between the two games to mull things over. And hey, who are we kidding? Any Batman game announcement is a pretty good day for us fans, so it’s definitely a win-win situation.

What are YOU looking forward to the most for both games? Do you have any speculations you’d like to share with us? Let us know your thoughts in the comments s

Sebastian Stan Is Back for Avengers: Infinity War!