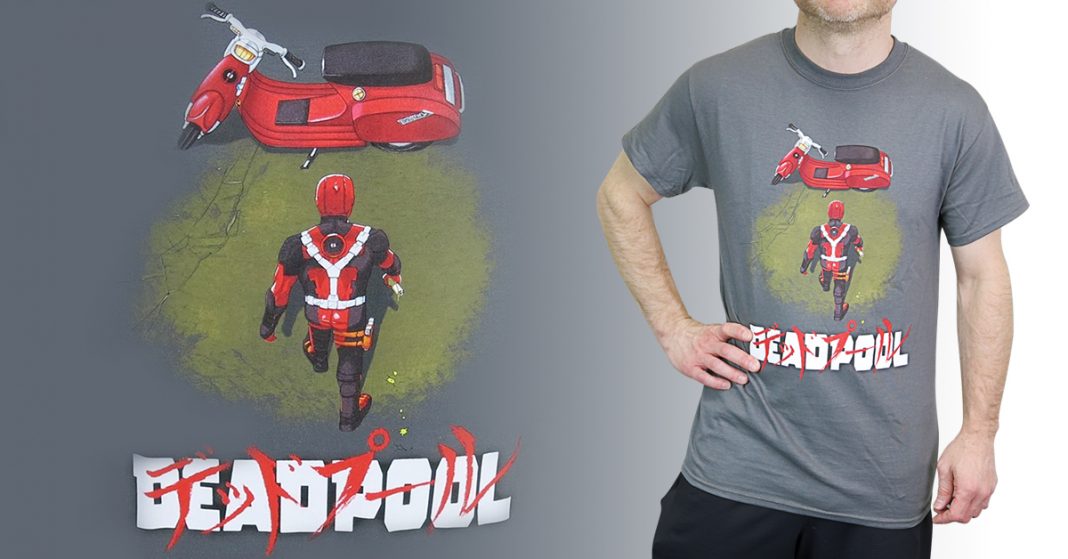 Yes, Deadpool-suo was once a super-bike-riding revolutionary fighting against an extremely overbearing government made so due to a nuclear explosion destroying Tokyo and instigating World War III. Yup. Thing is, the nuclear explosion was the result of a person, and not a bomb; a psychically empowered person by the name of Akira.

To condense 6 volumes of the classic Japanese Manga into a digestible, brief, somewhat humorous history including speculative Deadpool connections, let’s say this:

Deadpool-suo, amidst his revolutionary super-biking, nearly ran over an Esper, a person with mountain-carving psychic abilities. The accident was substantial, and the secret government body responsible for producing this Esper-person recovered their property, and the accident-prone Deadpool-suo.

While in custody of said shadowy, government organization harnessing psychic children as potential weapons, it was discovered that Deadpool-suo was also touched with the tectonic plate-shifting abilities of an Esper.

Well, he was eventually freed by a resistance force, but began suffering severe headaches and nausea, causing mild earthquakes every time he reeled in spasmodic pain. Yep, he was definitely an Esper, and this powers, along with an accompanying madness, were very quick to bloom.