Home MOVIES Editorials What a Marvel and Fox Partnership Could Mean 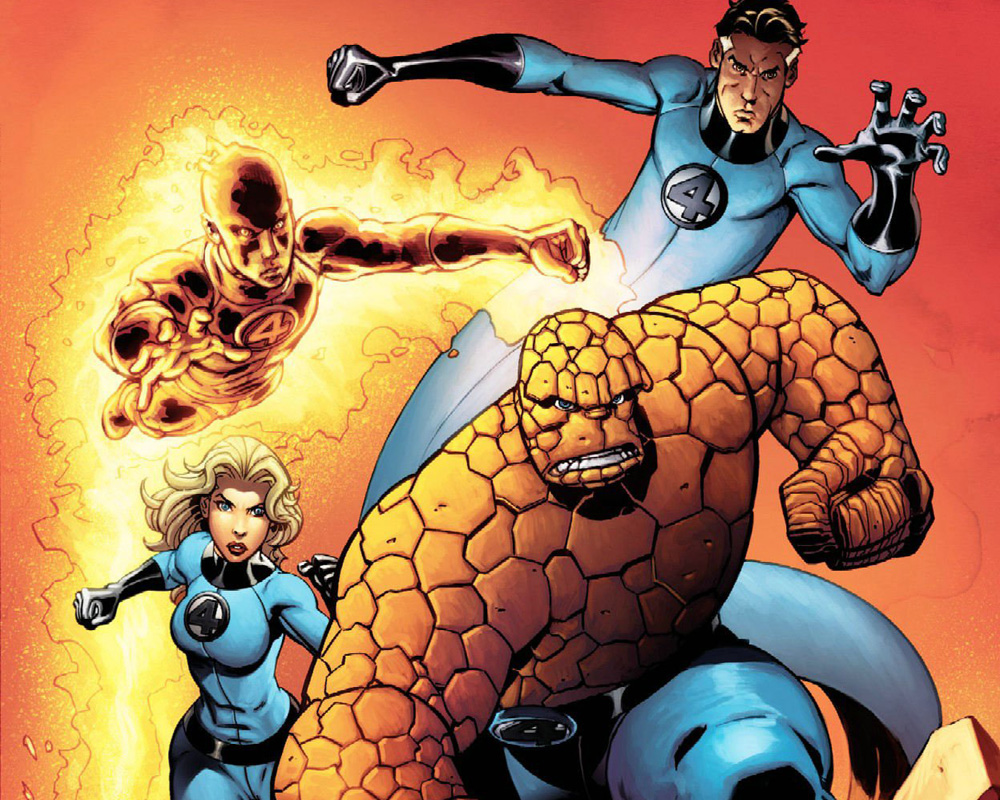 By now, you’ve probably drifted across the most interesting rumor to emerge on the internet this year. Could Marvel and Fox actually be discussing a potential joint venture? Is someone pulling a cruel April Fool’s Joke three months after the fact, or is there actual credence to this?

The idea first emerged on Collider Heroes. Matt Key (a producer on Kevin Smith’s Fatman on Batman) was a guest and dropped the biggest bombshell in comic book movie history.

“I’ve heard from a few of my sources, my little birds, that Fox and Marvel have… kind of talked, but not really, but like there’s interest from Fox, like, ‘Ooh, y’know, what they did with Sony and Spider-Man is actually pretty cool, like, maybe…’ We’re years away from that ever possibly happening… but I think that’s what it would take… Fox joining hands with Marvel.”

So what would a hypothetical Marvel/Fox team-up look like? A joint effort between the two could open the doors to unfathomable possibilities. Characters can finally go back and forth between the studios, but which ones exactly? How could this work? Let’s take a look.

-Don’t Count on the X-Men (Except Maybe Deadpool)

First things first; don’t hold your breath for the X-Men to show up anytime in the MCU. They are the consistent cash cow for the Fox superhero brand and they will continue to churn out those movies until Wolverine’s adamantium claws are filed down into dust. With another Wolverine movie, the long rumored Channing Tatum Gambit movie, plus the continuing adventures following Apocalypse, the X-Men universe isn’t going anywhere. Still… there is one option.

In some way, shape or form… Wade Wilson could show up. In Deadpool, various Marvel-owned properties were included in the film, but their true identities were skirted. Was the final battle scene on a wrecked Helicarrier? Perhaps. Was that “Hydra Bob” Wade talked to about Jacksonville? Of course it was. Both sides need to pull the plug and have Deadpool show up in a Marvel property, even if it’s just a gag.

Deadpool is the black sheep of Fox’s X-Men Universe. He’s too funny to mesh with Wolverine, Magneto and the rest of the brooding mutants, so right now, “The Merc with a Mouth” is stuck in his own solo purgatory. Still, after becoming the highest grossing X-Men movie to date, it’s hard to see Fox biting the bullet and letting Deadpool show up in a MCU-branded film. So what then?

-Bring on the Fantastic Four

If talks are in fact happening between Marvel and Fox, it’s a sure bet that Marvel’s first family is at the center of discussions. Last year, Fan4stic was a critical and financial failure. The dark experiment backfired and now it appears that Fox may have to reboot the entire franchise… again. So now Fox has a choice, spend hundreds of millions for another try… or let Marvel do all the hard work.

It’s the Spider-Man option. Sony was forced to admit their Amazing Spider-Man ambitions were doomed (scrapping a third movie and Sinister Six film). They turned to Marvel and together gave us a terrific Spidey in Tom Holland; they’re also in the process of building a proper Spider-Man franchise. This is the option that Fox should go with: Fox holds onto the Fantastic Four movie rights, but lets Marvel build the next incarnation of Reed, Sue, Johnny and Ben.

If you’re Marvel, the chance to bring the Fantastic Four back into the fold in a no-brainer. They are most likely losing Iron Man, Captain America and Thor as the contracts for Robert Downey Jr., Chris Evans and Chris Hemsworth are all set to expire following Infinity War. Instead of immediately recasting those roles, they can wait and introduce the Fantastic Four as the central characters for Phase 4 and beyond. Plus, you won’t just get the core four, you’ll get all the characters that are tied into that franchise.

-New Villains in Doctor Doom, Kang and Others.

Those new villains would be Doctor Doom, and even the time traveling Kang the Conqueror. Victor Von Doom could be the future for the MCU, as Loki was its past; a tough as nails baddie who can stretch over various Marvel properties, even serving as a big enough threat for a future Avengers movie. He is one of the most iconic comic book villains ever, and deserves a proper cinematic performance. In Marvel’s hands that would be as close to a sure thing as you can get.

But it doesn’t have to stop with Doom. Remember the joy you felt after watching the first Avengers movie, and then sticking around after the credits only to be treated to a glimpse of Thanos? Well, imagine the same enthusiasm when, after Infinity War, there’s a large flash of light introducing Kang the Conqueror!! Guess what folks; we just got a future threat for the Avengers good enough to stretch over three more phases.

Bringing the Fantastic Four on board opens the doors for plenty of new options, like Mole Man, Annihilus, the Skrulls, or even…GALACTUS!!! (He’s so big you have to spell his name in all caps!) When you’re done with Thanos, you’re going to have to one-up the next threat, and you can’t go wrong with the consumer of planets. On the bright side, in Marvel’s hands, Galactus won’t just appear as a giant cloud like he did in Rise of the Silver Surfer.

Speaking of the Silver Surfer, imagine the possibilities for Norrin Radd in the Marvel Cinematic Universe. Not only could he show up with his Fantastic Four friends, but he could team-up with the Guardians of the Galaxy, have dinner on Asgard, chill out with Captain Marvel, or travel through dimensions and reality with Doctor Strange.

Everyone loves when characters from different properties interact with each other; it’s what makes the Marvel Universe feel so connected, and the Silver Surfer has the potential to reach out to every other franchise in Phase 4 and beyond. The cherry on top? James Gunn talked about his love for the Surfer and his sadness that he couldn’t be used in Guardians Vol. 2. Perhaps bringing him on board will entice Gunn for one last go around with the Guardians. That alone is good enough for Marvel and Fox to strike a deal.

So will they, or won’t they? Fox and Marvel have spent plenty of time and money trying to dominate each other at the box office. Imagine if they took that effort and applied it together (DC and Warner Brothers begins trembling with fear). Let it start with the Fantastic Four. Both sides can work out the particulars, but in the end, as long as fans get to see Reed Richards side-by-side with Steve Rogers; Sue Storm sharing her expertise with T’Challa; Johnny Storm hitting on Black Widow, or the Thing testing his strength with the Hulk, it’ll be worth it. And perhaps a partnership can grow from this, eventually leading to a showdown between the Avengers and X-Men. Is that just wishful thinking? Maybe. Then again, no one expected Spider-Man to show up in the MCU, so it’s not impossible. EXCELSIOR!!!