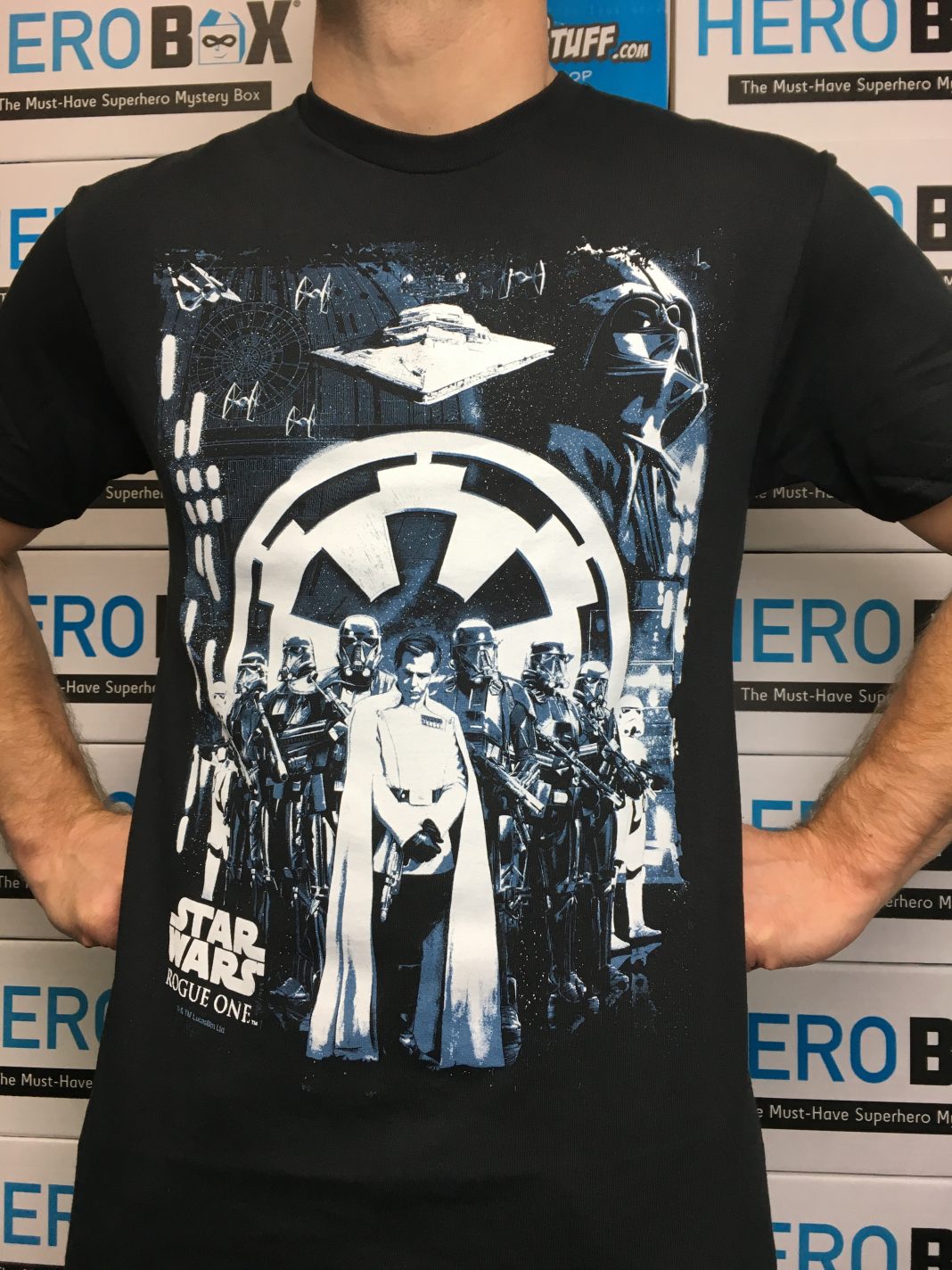 The Empire is going to extort the hell out of Galen Erso and make sure he builds the hell out of that giant, looming space cannon, or…or his damn daughter gets it! And who’s going to make sure Galen stays on task and builds said spherical super-weapon? Why, that would be one of the Empire’s rising stars, Director Orson Krennic, and his especially intimidating flock of teddy bear-kicking Death Troopers! Not intimidated? Hmmm. Then you need to take a look at our Star Wars Rogue One Looming Empire Men’s T-Shirt. Seriously, this is the hell that will rain on your parade of you’re not dancing to the Emperor’s preferred two-step. OBSERVE!

Here we see Krennic (Ben Medelsohn) standing in front of his Death Troopers, the Empire’s striking insignia, a representation of its prodigious space-fleet, the huge, honkin’ Death Star, and the object of Krennic’s discontent, Darth Vader. Yep, you get a lot slapped onto a black, 100% cotton t-shirt.