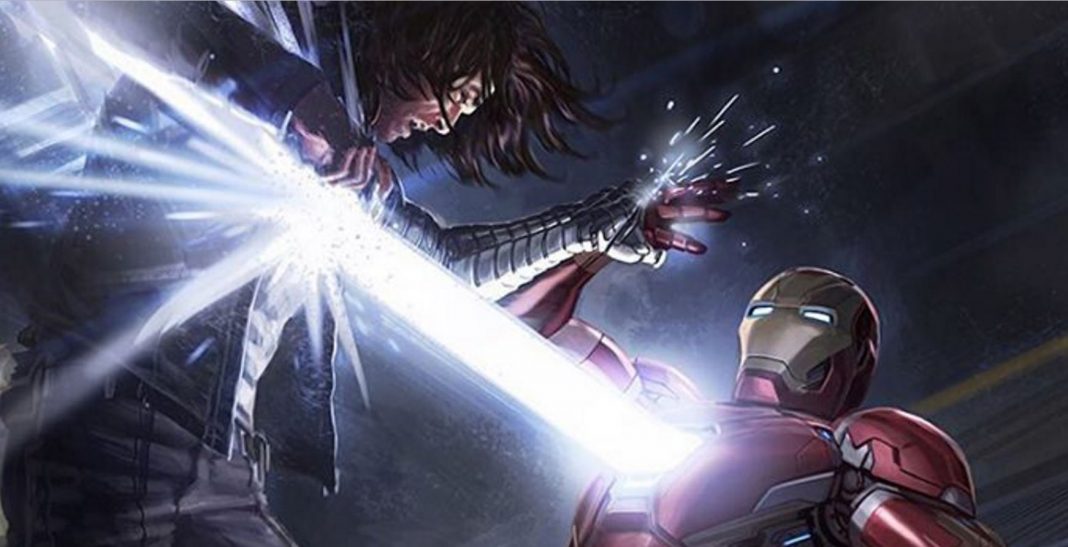 And the mind-controlled son of a b*tch deserves it!! After all, he completely ‘murderized’ Maria and Howard Stark in Captain America: Civil War! And yes, I know, he was mind-controlled, but after watching the footage, the brutality was intense and unforgivable. Tony’s reaction to viewing said footage, regardless of the fact that he was purposely maneuvered to watch said footage in an effort to divide the Avengers? Well, Tony went properly ape-sh*t and committed himself to muderizing Bucky. To immortalize such a shocking revelation and a powerfully apropos response, artist Andy Park shared another piece of Captain America: Civil War concept art featuring Iron Man applying a mortal blow via chest-beam towards the destroyer of Stark’s immediate ancestry. CHECK IT OUT!

For those of you who like to see these panning images showing the entire keyframe here’s the last one I posted. I had fun painting this. #CaptainAmericaCivilWar @therussobrothers @robertdowneyjr @imsebastianstan #marvel #marvelstudios #conceptart #illustration #ironman #wintersoldier #film

This twist was beautifully set up and executed, and then seriously magnified by Cap’s silent knowledge regarding Bucky’s involvement. Zemo’s set up was, unfortunately for all involved, masterful.