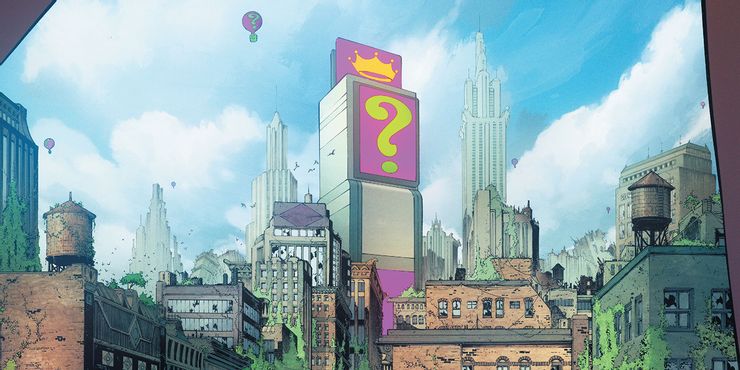 Matt Reeves’ The Batman won’t be out in theaters any time soon, and while there’s not too much that we know about the details of the plot, we do know that The Riddler is going up against our brooding protagonist. For anyone who might be thinking that Edward Nygma isn’t exactly a good choice to be the main antagonist of the film, here’s hoping that this list will lay those fears to rest!

When it comes to challenging The Bat’s mental prowess, Nygma is definitely up to the task. Not a lot of people from the Caped Crusader’s rogues gallery can pose as much of an intellectual threat as The Riddler can, and he’s proven himself to be quite the manipulative mastermind time and time again.

For instance, in Batman: Hush, Riddler orchestrates an incredibly elaborate scheme that practically reduces all other villains to pawns. In The Long Halloween, he was hired by Falcone to solve a mystery surrounding the Holiday Killer, and a crime boss definitely doesn’t just hand out application forms and job openings to anyone who isn’t worth his salt. 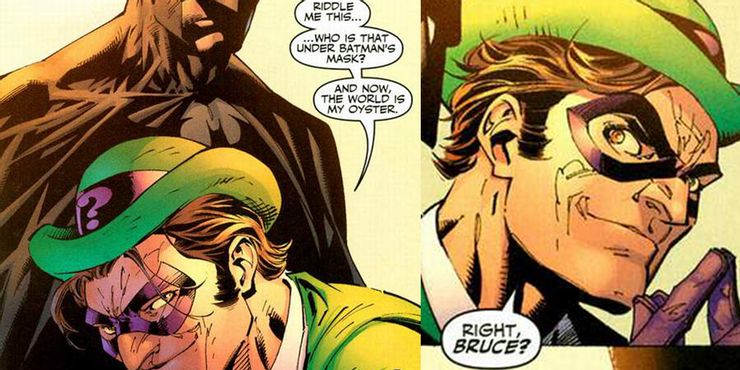 To be honest, for a guy who values the mystery and lore surrounding him as much as he does, Batman doesn’t seem to be too careful about his secret identity. Aside from the Bat-family, plenty of other Leaguers and villains alike know about the man beneath the cowl, and The Riddler is one of them.

Still, we have to give Nygma props for how he found out that the guy parading around the city at night in a bat costume is the same guy getting drunk with the ladies at every charity ball in town. When Nygma was diagnosed with cancer, he attempted to cure his condition by turning to the Lazarus Pit—it’s there where, instead of losing his mind like other people do, he comes into a moment of pure clarity. He reaches an epiphany where he puts two and two together to figure out who Bats really is if you look beyond the dark eye makeup—not bad for someone who didn’t even need any unmasking to happen.

Like Superman, the true measure of a man’s strength is his ability to control his abilities and hold back when he needs to—and Nygma can do just that. Case in point: one incident in the comics has the Joker trapping Riddler in a gas cell, thinking he’s got the upper hand. But then Nygma reveals that there are actually 46 ways to escape the cell, and he was simply biding his time.

In Batman: Zero Year, Riddler even takes over the entire city, terrorizing it the best way he knows how—by forcing people to try and solve his mental challenges or suffer the consequences. If The Batman takes inspiration from this arc to further the plot of the movie, then it might just be one that parallels the same city-wide terror that Heath Ledger’s The Joker executed so brilliantly in the Nolan-verse.

Still not convinced that Edward Nygma can give Bruce Wayne a run for his money? Let us know your thoughts below!