Home MOVIES Editorials A Look at the Super-Suits from Spider-Man: Homecoming 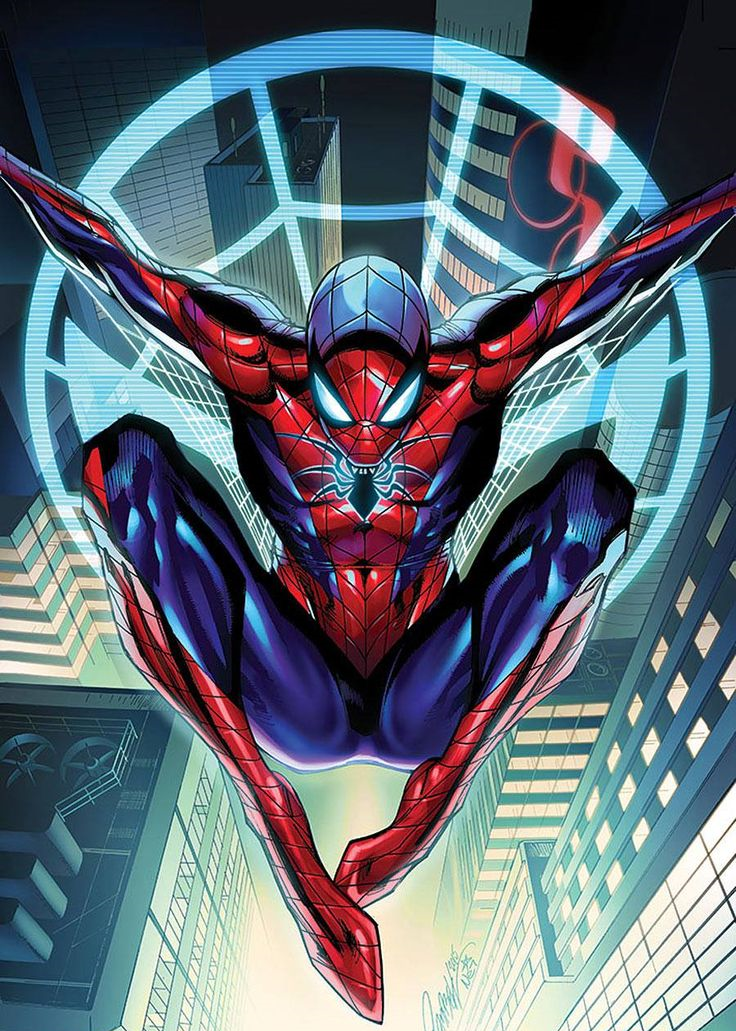 One of the many shining moments during the Marvel panel at San Diego Comic-Con was the time dedicated to next year’s Spider-Man: Homecoming. The young members of the cast, as well as director Jon Watts, were brought out to cheers of joy as fans are quite giddy for Spider-Man’s first solo outing within the MCU. Sadly, the footage shown at the event probably won’t turn up online (at least legally), but Marvel did drop a nice sneak peek of the super-suits from Spider-Man: Homecoming in the form of this exquisite concept art.

An all-out aerial battle between Spidey and The Vulture. Marvel just took all our money and they know it. We’ve seen Peter Parker go at it in sewers, construction sites, bridges and clock towers, but an in-the-air showdown is a very enticing proposal. But now for the nitpicking, specifically, the mechanical look of Adrian Toomes’ suit. Jon Watts touched on that in a discussion with Collider.

“It’s a very tech-based approach to how The Vulture would build a wing suit and how he would fly. It’s not just cool design… it’s a big part of the story.”

Now if you’re a rumor-miner then you’ve probably come across the stories regarding The Tinkerer as a potential secondary villain. Throw in the idea that The Vulture suit is manifested from Chituari remnants from The Battle of New York and the origins of the suit are beginning to take form. However, that wasn’t something Watts was interested in getting into.

“That I can’t give away, but there’s some cool stuff that goes along with that. … From the very beginning, we wanted to try to keep it tech-based just to keep it different initially from what we had seen before. Just getting away from anything that was too similar to [previous films], and it sets up a really cool thing that I don’t want to talk about yet! It’s gonna be awesome.”

Oooooh… teasing future storylines. But back to The Vulture, the tech nature of the suit is something that will fit right into the current MCU. The wing turbines even look like they’ve been ripped right off a Quinjet. It’s a fun look, but let’s just hope it doesn’t end up like the Rhino in Amazing Spider-Man 2, which was absurd and completely changed the backstory of Aleksei Sytsevich for the worse.

The Vulture isn’t the only one getting a brand new, technologically advanced uniform. Peter Parker is more than likely getting some new duds. Plus, as Watts told Comic Book Movie, there could be some fancy new features coming to Spider-Man’s new costume.

“Well, the suit that Spidey was given in Civil War is a Stark suit, so you have to wonder with a Stark suit, what else can it do?”

Let’s just hope it doesn’t fire missiles, or shoot lasers… or connect to a larger “Spider-Buster” suit to take down bigger enemies (hold on… that’s not a bad idea!).

Marvel is walking a very thin line here. Sure, bringing on Spider-Man into the MCU fold is a fantastic idea, but they have to be cautious about adding too many bells and whistles to his Spidey-Suit. Homecoming will already feature Tony Stark in some capacity, which means if he suits up, we could have three main characters who are all wearing tech-powered gear. We’ve had Iron Man vs. Iron Monger, Iron Man vs. Iron Whiplash, and Iron Man vs. Ultron; we don’t need Iron Man & Iron Spider vs. Iron Bird (with the possibility of another iron-clad opponent to be revealed at a later date).

Only time will tell how these new Vulture and Spider-Man suits will turn out. The concept art (and wow is that shot beautiful) is only an idea. Both hero and villain will undergo style changes until Spider-Man: Homecoming is released on July 7th, 2016, and we can’t wait to see the results!

That’s right… we are less than one year away from our next Peter Parker adventure!!!

So, what do you think of Spidey’s potential upgrades, and that amazing Vulture hover-wing attachment?