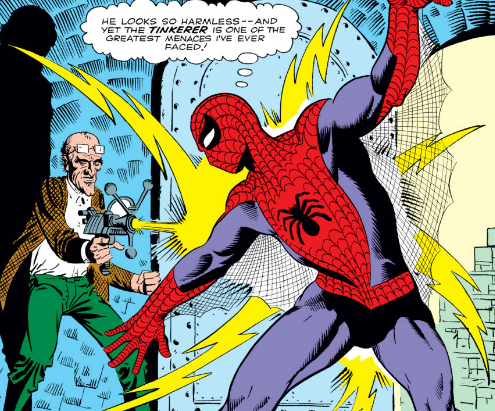 Apparently, our friends at JoBlo recently received some information confirming Spider-Man’s super-powered antagonists in the forthcoming, solo Spidey adventure, Spiderman: Homecoming. This info also includes insights into the evolution of Spider-Man’s Spider-suit thanks to his newly acquired, scientifically inclined and therefore relatable (and somewhat fatherly) best friend, Tony Stark. Now before we dive in, I have to be honest with you; I’m not 100% confident in their source, so let’s call this a bit of healthy speculation…for now.

Firstly, dealing with the issue of antagonists, let’s talk about the Vulture. Remember when Michael Keaton was in talks to join the Spider-Man: Homecoming cast? It was rumored he was up for a villain, specifically, the Vulture. Well, the talks initially fell through, but are officially back on according to Variety; this adds a little credibility to JoBlo’s source since it confirms Vulture as the main antagonist. However, the trade also mentions the Vulture will be sharing screen time with classic Spider-Man villain, the Tinkerer. He’ll actually be building Vulture’s suit with recovered Chituari tech scavenged from the Battle of New York.

How about costume upgrades? Well, we know Stark is appearing in Homecoming, perhaps in a more significant supporting role. We also know he’s currently very interested in supplying Peter with future uniform upgrades thanks to a certain after-credits scene showing a surprised Peter activating the Spider-signal. Going back to the source, Stark’s interest and upgrades continue with an additional, Steve Ditko-inspired augmentation: Spider-Wings. Unlike the comics, they’re deployed as needed and not permanent fixtures.

So…what do you think?