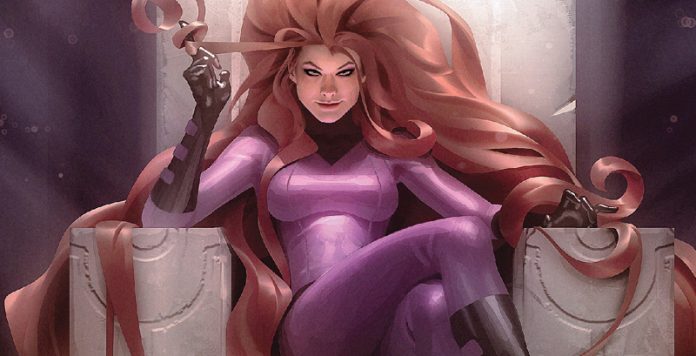 Last month, Squadron Supreme continued to do the character development work for the new Doctor Spectrum. It also (kinda) delivered on the promised Nighthawk battle. This month, it looks like some of the series’ diverse threads are starting to weave together in Squadron Supreme #8.

James Robinson excels at taking a new character (often based on a classic one) and developing that blank slate into someone the reader truly cares about. I’m thinking specifically about his now classic run on Starman here.

Squadron Supreme’s new Doctor Spectrum is getting the full Starman treatment in the title’s current arc. She’s coming to terms with a new world and her role in it, all while coming into contact/conflict with Black Bolt, the man who destroyed her world and saved her alone.

This issue answers some of those questions. Doctor Spectrum finally has her tete-a-tete with Black Bolt, through surrogate Medusa. Black Bolt gives her several possible answers to her question of “why,” and any and all of them add interesting shading to this character. It will be interesting to see exactly how those cryptic answers come into play as the character continues to develop.

Meanwhile, the Battle of the Nighthawks rages on in the skies above Manhattan. Of course, this being a comic book, things aren’t exactly what they appear to be. A surprising revelation at the end of the battle begins to tie up many of the title’s ongoing threads.

Alas, there is no trucker Hyperion this month. In fact, the Squadron Supreme analog only appears at the end of the issue when Nighthawk lays out what he knows and sets the stage for the return of a well-known foe.

Needless to say, by the time this one’s over, things look to get quite a bit more punchy in the next issue.

That’s all you can really ask for and Squadron Supreme continues to deliver.