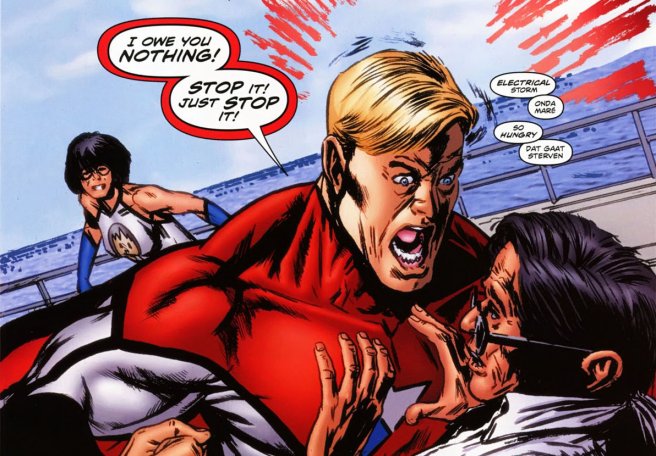 If Superman went completely ape-sh*t, and decimated a prodigious chunk of the Earth’s population while torturing his former, justice-serving, super-powered teammates, it would look very much like Mark Waid’s seminal comic series, Irredeemable. Waid’s Irredeemable, published by BOOM! studios and lasting 36 issues, detailed the complete, psychological collapse of Superman analog, the Plutonian. The Plutonian, with Superman’s dependable power-set, never did remarkably well with failure, or the failure of others to satisfy his high, behavioral standards. He struggled to do right while most of the world seemed disaffected and, on occasion, more than unappreciative. After too many instances of disappointing exchanges with those he felt compelled to protect, the Plutonian’s somewhat mercurial mental state eventually overheated, leading to that globally destructive, aforementioned man-tantrum.

Irredeemable had a relatively short run, but it was brutal, disheartening, and ofttimes terrifying as a broken, all-powerful super-human hunted down his former teammates and pushed continents below sea level in an effortless cycle of mentally misaligned supremacy.

Yes, Mark Waid’s epic tale of a fallen super-man was one of my personal favorites, and it stung like the dickens when the series wound down to its final few issues. In fact, there was a time when lamenting it would cause my eyes to spit a little unmanly wuss-juice, but our friends at Deadline smacked me square in my Plutonian-loving jaw with some completely unexpected news: 20th Century Fox landed the rights to Irredeemable, and Adam McKay is apparently directing. You know Adam McKay, right? He directed Anchorman, Step Brothers and a TON of laugh-out-loud movies – which may sound like a complete misalignment – but don’t let his resume scare you; he’s a HUGE comic book fan who also co-wrote the screenplay for Ant-Man.

Now, the studio hasn’t announced a release date, but announcing a film AND its director simultaneously means Irredeemable may be on the fast track to production.

Oh, and Irredeemable is DEFINITELY worthy of the R-rated superhero trend. The language might float somewhere close to benign, but a heat-vision lobotomy probably rates as questionable content. 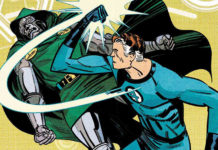 You Won’t Believe the Five Supervillains Who Actually Turned Good 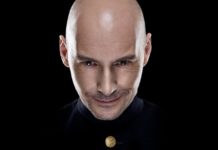 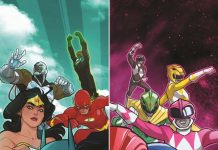 Get Ready for January’s Justice League and Power Rangers Crossover!